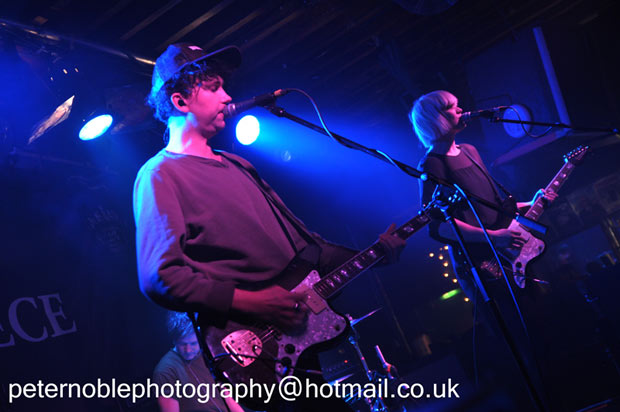 The Raveonettes and Holy Esque came Bristol’s The Fleece on Tuesday, December 4th. 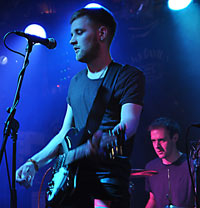 the packed venue.  There were comparisons to be made with fellow countrymen Glasvegas (QRO album review), but with more uplifting tempo.  Chuck in there – Echo & The Bunnymen, Clap Your Hands Say Yeah, British Sea Power and Editors.  Their sound was overflowing with many textures with rolling guitars, synth, drums and the lead singers distinctive voice, and potentially would have been better suited to a larger venue.  Only a matter of time and a band certainly to hunt out starting with their EP.  (Review and listen) 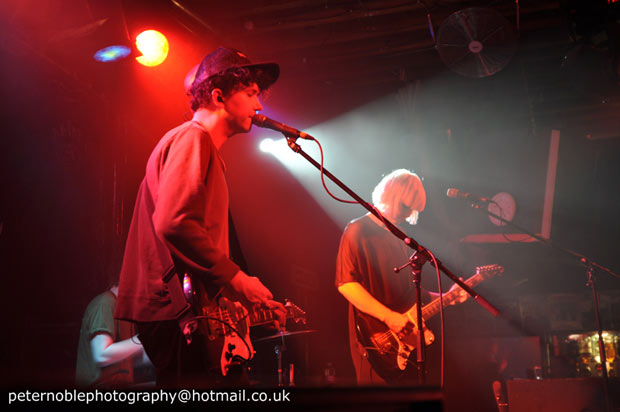 Click here for photos of The Raveonettes at 2011 Terraneo Festival in Sibenik, Croatia in the QRO Concert Photo Gallery

Click here for photos of The Raveonettes at Troubadour in Los Angeles, CA on May 5th, 2011 in the QRO Concert Photo Gallery 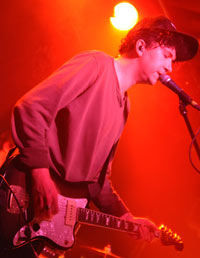 Sune Rose Wagner and Sharon Foo have created a lavish and catchy back catalogue of tracks over the years and tonight many of these were aired.  Many a track topped off with perfect harmonisation throughout the evening. 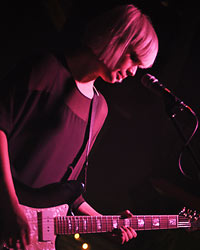 Accomplished and comfortable throughout, these Scandinavians carried off the evening with ease with their garage rock and at times West Coast surf rock.

Wagner supporting a black trucker baseball cap and Foo elegant in her black dress and impeccable blond ‘60s bob were joined on stage by drummer Jakob Hoyer, who has replaced Leah Shapio, who now beats the skins with Black Rebel Motorcycle Club (QRO live review).  Hoyer was excellent throughout.  The band have just released their 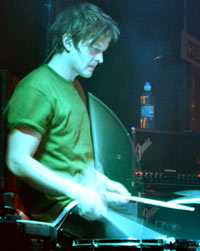 sixth album, Observator (QRO review), and the set list (QRO photo) included many tracks from this sure to be well received album as 2012 comes to an end with “Curse the Night” standing out, even if the older songs were getting the more predictable response, as the audience started to shuffle to numbers like “Attack of the Ghost Riders” from their début album Whip It On.

Towards the end of set Wagner and Foo explored the whole of the small stage as guitars were crunched, distorted and wave around, building up to the end of a great evening.  There was not too much banter between band or audience throughout, but come the end of the set, the sold out venue were still wanting more as the evening was just warming up. 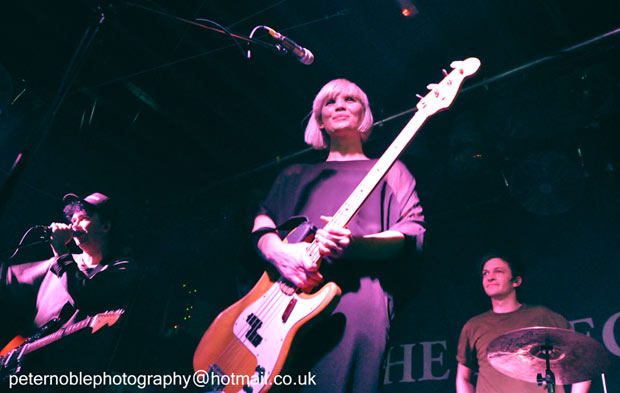