The Replacements – Sorry Ma, Forgot To Take Out the Trash (Box Set)

Even in these days where every musical act has had another life, The Replacements stand out.... 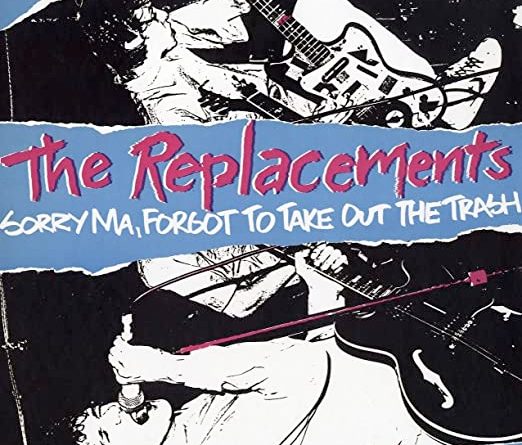 Even in these days where every musical act has had another life, where The Beatles get a nine-hour Peter Jackson documentary of making Let It Be, The Replacements stand out. Successful for a punk band in the eighties, but no Beatles (despite having their own album entitled Let It Be), there is a still a big appetite for the Minneapolis greats. In 2008, there were deluxe edition reissues of their four indie imprint Twin/Tone albums (QRO review) and major label Sire records (QRO review). There was main man Paul Westerberg & bassist Tommy Stinson reviving the act for big-name reunion tour (QRO photos), 2013-2015. 1989’s Don’t Tell a Soul got its own thirtieth anniversary deluxe box set, including pre-second production early versions, Dead Man’s Pop (QRO review). And now comes the giant, 100-track box set fortieth anniversary edition of their early punk classic, Sorry Ma, Forgot To Take Out the Trash, and while it is a little bit of a cash-in, definitely quantity over quality, there are gems.

First things first: Sorry Ma is a great punk record, and captures the band in their early, drunken, wild days, before a major label, before Westerberg’s songcrafting was honed, before everyone but him & Tommy Stinson started leaving. Pieces like “Takin a Ride”, “Careless”, and “Shut Up” are pitch-perfect kiss-offs, while no one tells off music itself like “I Bought a Headache” and the iconic “I Hate Music” (“It’s got too many notes!”). Futile, frustrated youth is exemplified in the “Anyway, I got no place else to go” line of “Hangin Downtown”, or the title to “Shiftless When Idle”. Westerberg’s songwriting skill showed through on more accomplished, longer (i.e., over three minutes) “Kick Your Door Down” and particularly the darker “Johnny’s Gonna Die”. “Customer” and “More Cigarettes” are both a funny, pointed, and totally original. And then there’s the classic kiss-off to the other great Minneapolis punk act of the time, “Something To Dü”. The first disc includes acoustic b-side “If Only You Were Lonely”. All are remastered, but still punk as fuck.

The second disc, Raised In the City, has The Replacements’ first demos, including basement recordings. That includes unreleased pieces, some of which completists already have, but also some they don’t, such as the first two on the disc, the rough “Try Me” & rollicking “She’s Firm”. And, in general, all the demos are rough on this disc, decidedly unpolished even for this band at this time, even the ones that have been remastered. They’re fun to listen to first time ‘round, but don’t replace better versions or better songs, and while there are a few standouts, such as “Don’t Turn Me Down”, there are also truly lo-fi rambles like the aptly titled “We’ll Get Drunk”.

The box set goes from demos to outtakes for the third disc, Tape’s Rolling. Most of the tracks are alternate takes, but not seriously divergent. There are some originals, such as still slurring “We’ll Get Drunk” and instrumentals of “Get Lost” and “A Toe Needs a Shoe”, plus Westerberg’s home demos for songs like “You’re Pretty When You’re Rude” and “You’re Getting Married”, the heartbreaking latter of which the rest of the band thought was too sad and “not Replacements.”

The final disc is naturally a live recording that is naturally wild, even for this band. The Replacements shows were notorious for drunken escapades, and this was a particularly early drunken time in the band’s history. They were also known for live covers, being perhaps the greatest cover band in alt-rock history (up there with Yo La Tengo), which has made their live recordings more special, and thankfully that is the case here on Unsuitable for Airplay, from Minneapolis’ 7th Street Entry on January 23rd, 1981, recorded for KFAI. Of particular note is their rollicking cover of William Bremner’s “Trouble Boys”, as that would be the title of the biography of the band (currently optioned for a biopic), along with Johnny Thunders’ “I Wanna Be Loved”, Larry Williams’ “Slow Down”, the Kinks’ “All Day and All of the Night”, and more. The Sorry Ma songs like “Customer”, “Raised In the City”, and “Something To Dü” of course rock live, and there are also some originals that didn’t make the record, such as “Like You”, “Get Lost”, and “Mistake”, the last of which was introduced by Westerberg saying, “This is our nightly mistake… Although you might say that started [at the beginning of the set]…” There are a number of funny drunken asides, dedicating “I Hate Music” to KFAI (but not knowing their call letters), about how they’re out of tune, should leave, and are perfect, as well as joke-mocking opener The Dads.

Did the world need another Replacements deluxe reissue? Probably not, but if you’re gonna box set a band, they’re a pretty good pick. This Sorry Ma set didn’t have the ‘before the major label messed with it’ hook of Dead Man’s Pop (which brought to mind the recent Beatles pre-Phil Spector Let It Be…Naked), but was an album of theirs that might have been relatively overlooked. And if the demos were rough, at least there were a lot of them, capturing a young band on their way to greatness.