The Sea and Cake do not make hipster music for the kids, but relaxed, near post-rock tunes for older connoisseurs.... 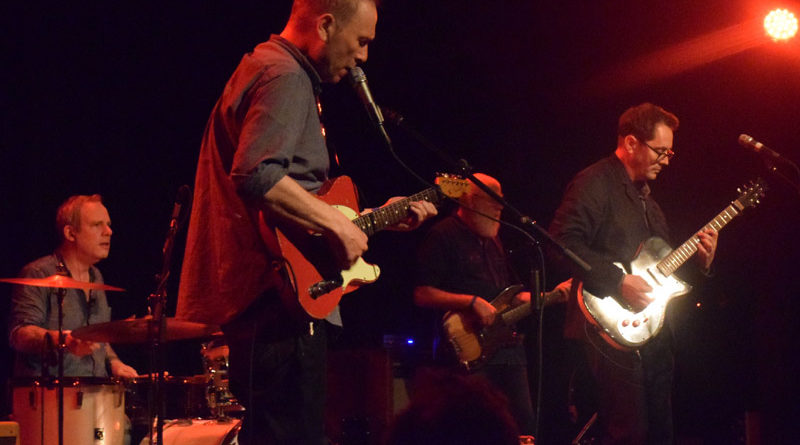 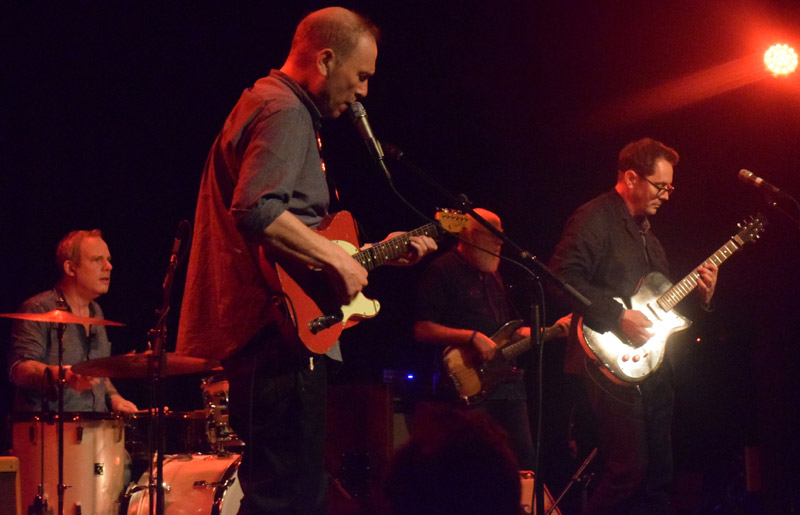 Click here for photos of The Sea and Cake at 2018 Primavera Sound in Barcelona, Spain in the QRO Concert Photo Gallery

Click here for QRO’s review of The Sea and Cake at Terminal 5 in New York, NY on November 23rd, 2013 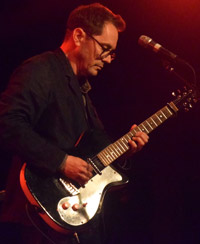 Music is so much about the big thing, the next big thing, and occasionally the reunion of what was once the big thing, so much so that it’s easy to overlook acts quietly making quietly excellent music. It’s particularly true with the relentless focus on the youth, from Baby Boomers to Generation X to Millennials to whatever is coming next to make the Millennials feel old. But for just a moment, forget about Beyoncé or The Beatles or Bieber or B, Cardi, or even whatever underground artist you’re sure is going to make it (unlike the hundred before that you were also sure about), and enjoy The Sea and Cake, who came to Brooklyn’s Elsewhere (QRO venue review) on Wednesday, May 16th. 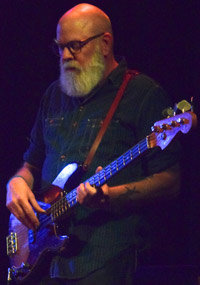 The Sea and Cake do not make hipster music for the kids, but relaxed, near post-rock tunes for older connoisseurs. This was clear from the crowd at Elsewhere, as folks well older than you’d usually see at an indie-rock show dominated it – kind of like The Sea and Cake themselves. Singer/guitarists Sam Prekop and Archer Prewitt barely moved or bantered when on stage, to say nothing of still bassist Douglas McCombs, with only drummer John McEntire sweating. Meanwhile, there were many men in the audience who had beards as large, and/or heads as bare, as McCombs (though also older ladies without Y chromosome hair growth/loss). They were the kind of people who listen to jazz records (literally records) and go to art galleries. 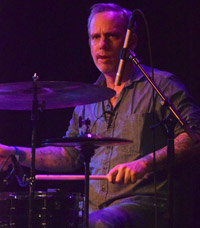 At least that’s who was up front, as it was the rare show where the older fans were close to the stage, and younger ones in the back. For this was not a concert whose crowd was all people who liked the band back when it broke through & they were in college, for The Sea and Cake have never really ‘broken through’, just released skillful records for almost a quarter-century now. There were many there in their thirties, or even their twenties, who appreciate the group’s artistry, and could definitely fit The Sea and Cake into their regular show-going. 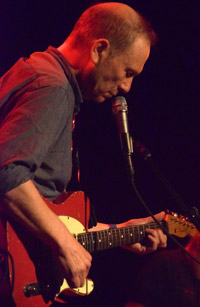 The foursome has been touring behind this year’s Any Day (QRO review), their first release since 2012’s Runner (QRO review), and it had just come out Friday prior. This did mean that the crowd was less familiar with the new songs than “the oldies” – Prekop joked after calling one of their songs that, “I can’t believe I’d ever say such a thing…” But The Sea and Cake do have an impressive discography, which was on display, such as “Afternoon Speaker” (the aforementioned “oldie”) from 2000’s Oui or “An Echo In” from 2003’s pre-hiatus Glass EP, to go with strong new Day songs like “Cover Mountains” and “Day Moon”. Indeed, the encore return was three from three albums that hadn’t even been touched on before then, “Argument” (1997’s The Fawn), “Coconut” (2007’s hiatus return Everybody – QRO review), and “Parasol” (1995’s Nassau), just to make sure that everyone got at least one song from their favorite Sea and Cake record [for the record, Everybody is your correspondent’s].

The Sea and Cake are never going to be in Billboard, and probably never play Coachella, but they are playing the far more highbrow Primavera Sound (QRO preview) in Barcelona. Most importantly, they’ll just keep quietly going, and we’ll keep quietly enjoying. 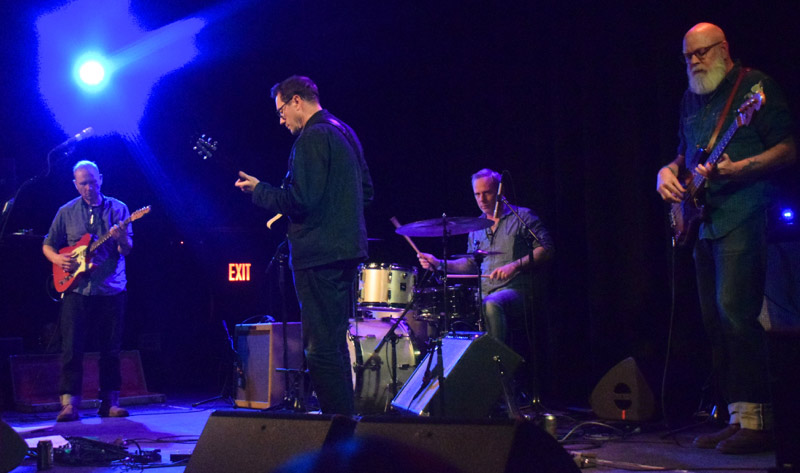