People were queuing up at the House of Blues in Boston for ‘The Sick Tour,’ featuring William Ryan Key, The Movielife, Bayside, and New Found Glory.... 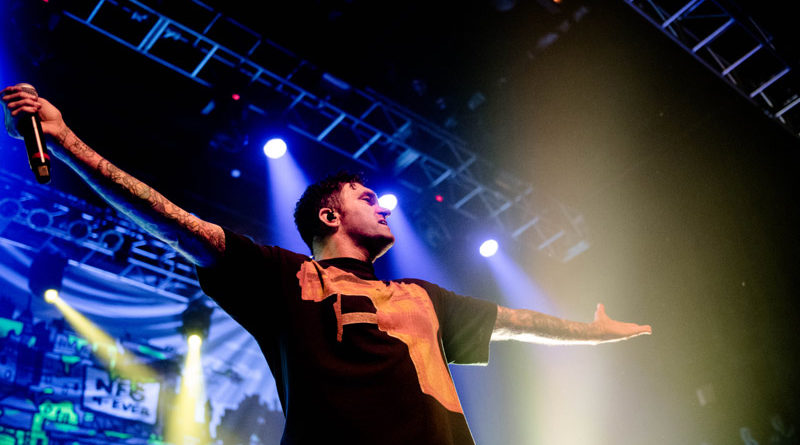 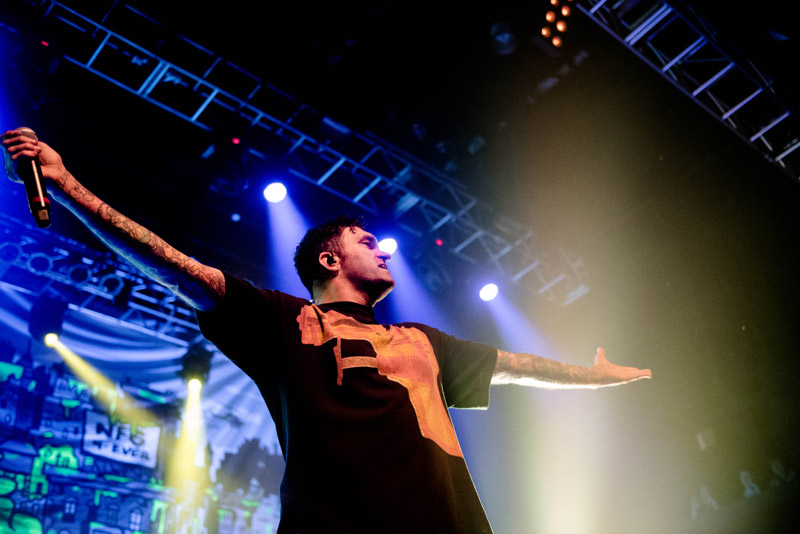 On Wednesday, May 30th, people were queuing up at the House of Blues in Boston for ‘The Sick Tour,’ featuring William Ryan Key, The Movielife, Bayside, and New Found Glory. Even as William Ryan Key was performing there was a line around the block waiting to get in. 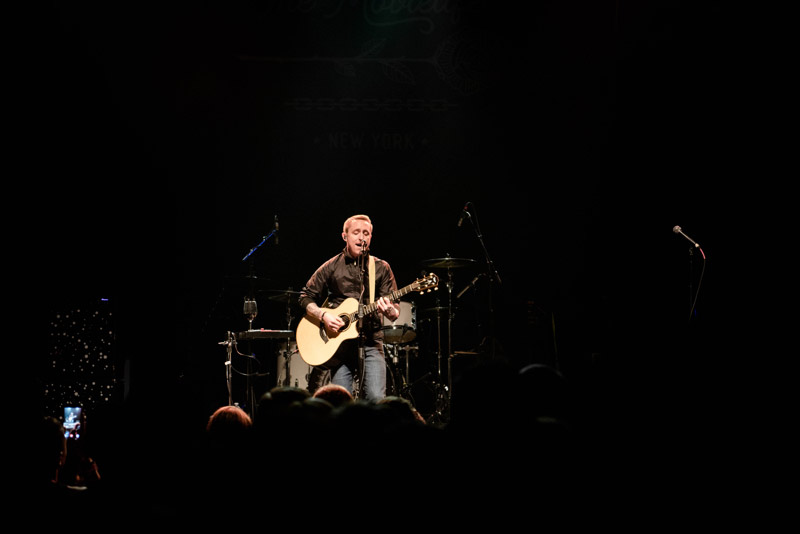 William Ryan Key, formerly from Yellowcard, is a solo acoustic act. He was the only solo artist of the night, although that wasn’t the only time he was on stage, as he also performed as a second guitarist for New Found Glory. He performed all five songs from his new EP Thirteen, released on May 25th, 2018. He ended his set with “Ocean Avenue” from his days with Yellowcard, which has been a fan favorite since it came out in 2003. The fans were engaged in his new songs and were very excited to here “Ocean Avenue”, as most of the fans were also fans of Yellowcard. 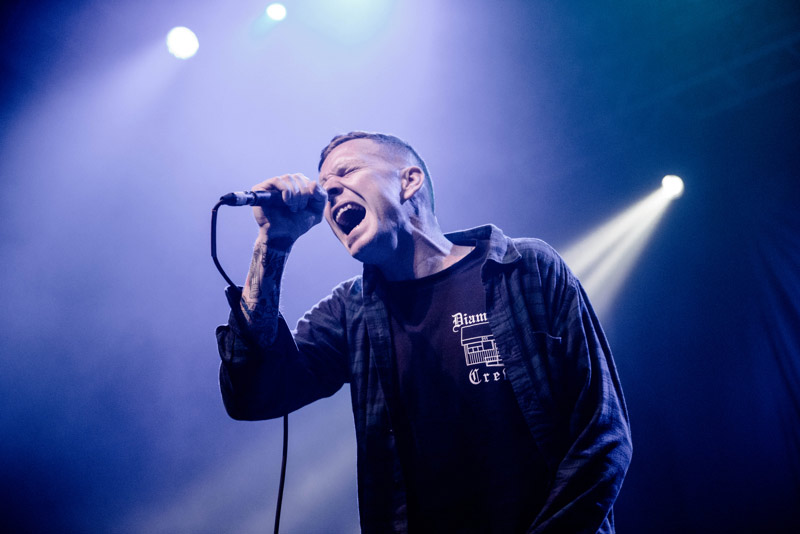 Click here for photos The Movielife at 2015 Wrecking Ball in Atlanta, GA in the QRO Concert Photo Gallery

The Movielife was the second act of the night, and they’re from Long Island, NY. They were originally formed in 1997 and disbanded in 2003, and then in December of 2014 they reunited. The band currently consists of Vinnie Caruara on vocals, Brandon Reilly on guitar, and Brett Romnes on drums. Fans were very excited to see The Movielife, as they haven’t had the chance to see them since they reunited. They played a nine song set with songs from The Movielife Has a Gambling Problem EP from 2001, This Time of the Year from 2000, Forty Hour Train Back to Penn from 2003, and their new album Cities in Search of a Heart from September 22, 2017. Earlier in the day, the Boston Red Sox played at Fenway, which is directly across the street from the House of Blues. Because of that, Caruara said, “Let’s get something out of the way. We’re from Long Island, which means that we’re Mets fans. Don’t boo! They’re terrible and you don’t need to be worried. That’s enough about sports.” They played three songs from their new album; “Ghosts in the Photograph”, “Mercy is Asleep at the Wheel”, and “Pour Two Glasses”. When Caruara was married; he wrote the album This Time Next Year about his wife. They did an acoustic version of the Christmas song with the same name. “Love gets me out of bed. Well, love, music, beer and Bayside.” 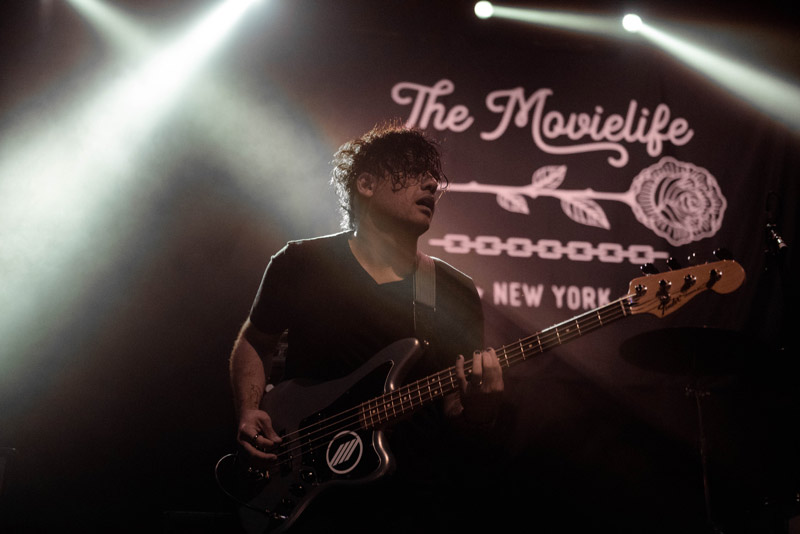 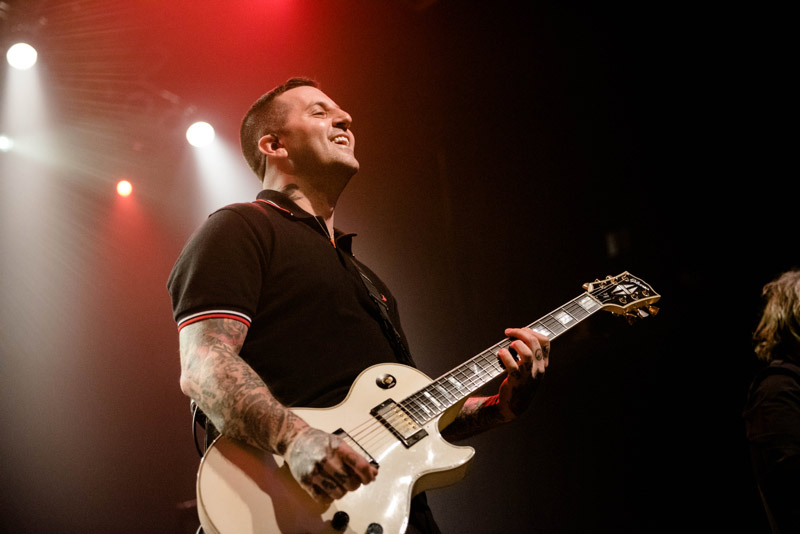 Click here for photos of Bayside at Manchester Academy in Manchester, U.K. on January 30th, 2011 in the QRO Concert Photo Gallery

Click here for photos of Bayside at 2009 Vans Warped Tour in Uniondale, NY in the QRO Concert Photo Gallery

Bayside was formed in 2000 in Queens, NY. The band currently consists of Anthony Raneri on vocals and guitar, Jack O’Shea on lead guitar, Nick Ghanbarian on bass, and Chris Guglielmo on drums. Over the years, they have released seven studio albums; Sirens and Condolences, Bayside, The Walking Wounded, Shudder, Killing Time, Cult, and their newest album Vacancy, released in 2016. During their eleven-song set, they played pieces from all the records except Shudder. They started off their set playing two songs from Killing Time: “Already Gone” and “Sick, Sick, Sick”. Then they played “I’ve Been Dead All Day: from Vacancy, the only song from that release. The fans were singing along to all the songs, and crowd surfing their way through the set, which had very little breaks, if any. They ended their set playing four tracks from the Bayside album, and Raneri told the crowd, “If you don’t know these songs, then you’re a poser.” They played their much loved “Blame it On the Bad Luck”, “They Looked Like Strong Hands”, “Montauk”, and “Devotion and Desire”. 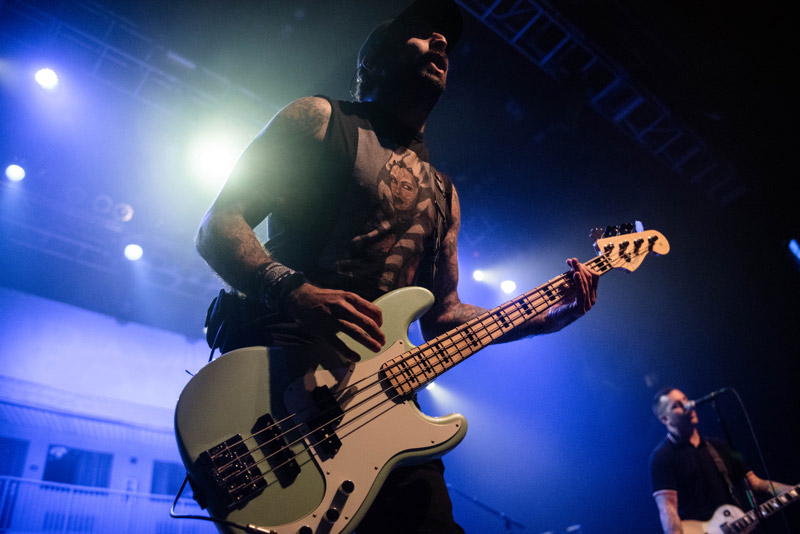 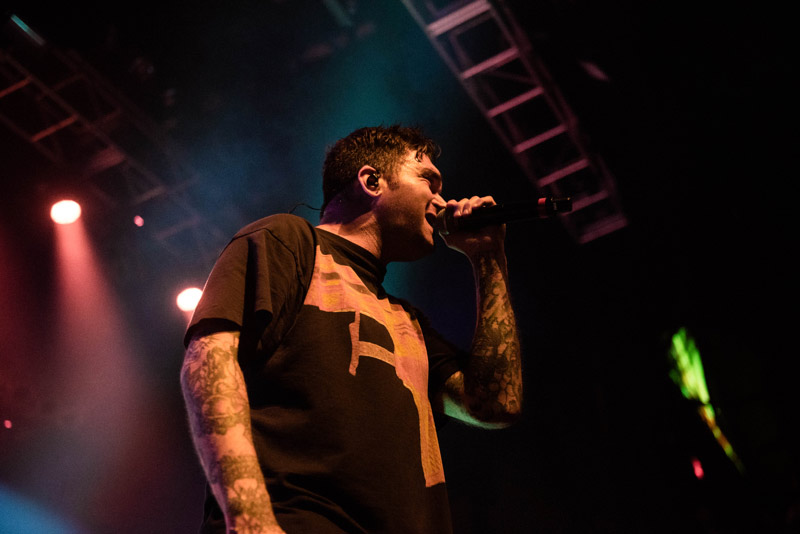 Click here for photos of New Found Glory at 2014 Riot Fest in Chicago, IL in the QRO Concert Photo Gallery

Click here for photos of New Found Glory at 2011 Leeds Festival in Leeds, U.K. in the QRO Concert Photo Gallery

New Found Glory went on stage at 9:40, and the fans could not have been happier. They formed in 1997 and have released nine albums over the years. The band consists of Jordan Pundik on vocals, Ian Grushka on bass, Chad Gilbert on lead guitar and backing vocals, and Cyrus Bolooki on drums. They played songs from seven of the nine records; New Found Glory (2000), Sticks and Stones (2002), Catalyst (2004), Not Without a Fight (2009), Radiosurgery (2011), Resurrection (2014), and Makes Me Sick (April 28th, 2017). They played a nineteen-song set, with a two-song encore. They started the night off with “All Downhill from Here” and jumped into “Understatement”. The second New Found Glory started playing, the crowd surfers started coming towards security. There were certain points that security really had to keep up with everyone coming down. Prior to “Party on Apocalypse”, balloons were given to the fans in the pit, and they made the most of out them. They also played their cover of “Glory of Love” by Peter Cetera (formerly of Chicago).

About half way through the set, New Found Glory brought a fan onstage. Frank got to be on stage and sing “Failure’s Not Flattering” with the band. A few songs later, the band brought out the wheel of songs. They picked a fan, Tiffany, from the front of the pit because she had been singing the words to all the songs thus far. She was hoping it would land on “Something I Call Personality”, but it had landed on “Resurrection”. Pundik gave the crowd the choice of the two songs, and “Personality” won overwhelmingly. Tiffany got to sing to the song and danced around the stage for the whole song. These moments for Frank and Tiffany are ones they will never forget, which is not something that happens at many shows. New Found Glory got the crowd dancing, crowd surfing and having a great time for six more songs including “Call Me Anti-Social”, “Truth of My Youth”, “Head on Collision”, and “Hit or Miss”. They concluded the show with “Eye of the Tiger” by Survivor, and “My Friends Over You”.

The Sick Tour is a hit that shouldn’t be missed. 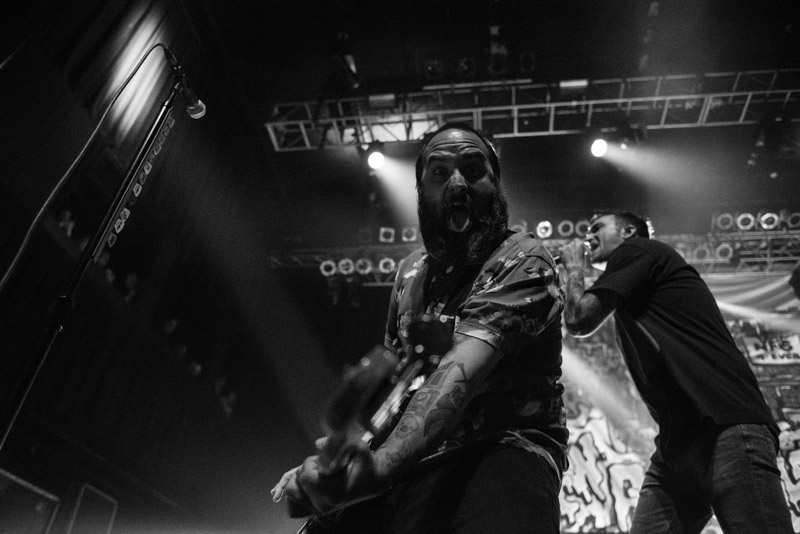