The Specials are on a bit of a roll at the moment.... 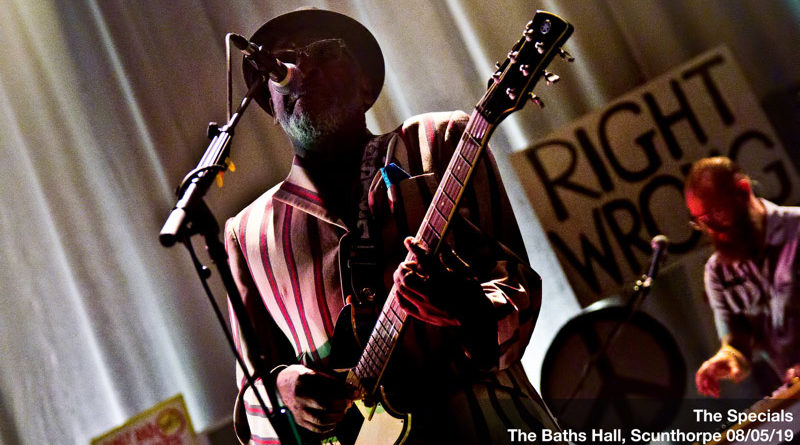 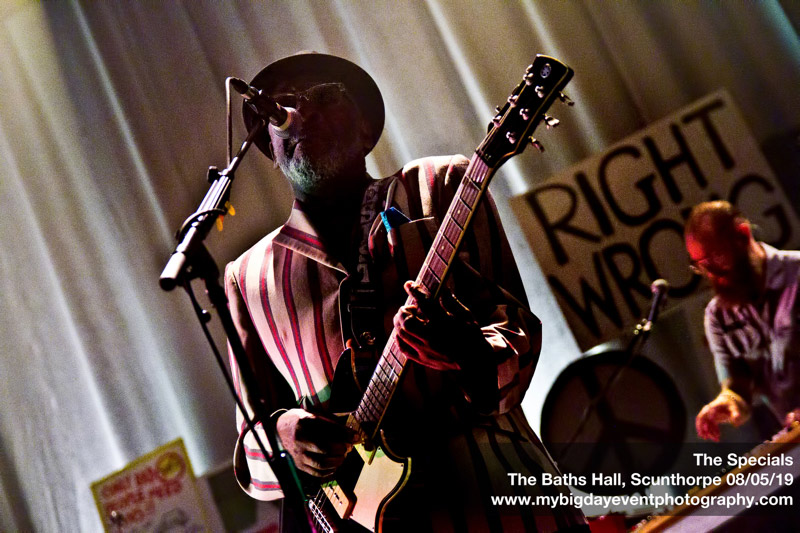 The Specials are on a bit of a roll at the moment with a new album, Encore (QRO review), reaching number one and gathering plenty of critical praise, and most of the gigs on this tour, including Wednesday, May 8th’s at the Scunthorpe Baths Hall have sold out well ahead of time. 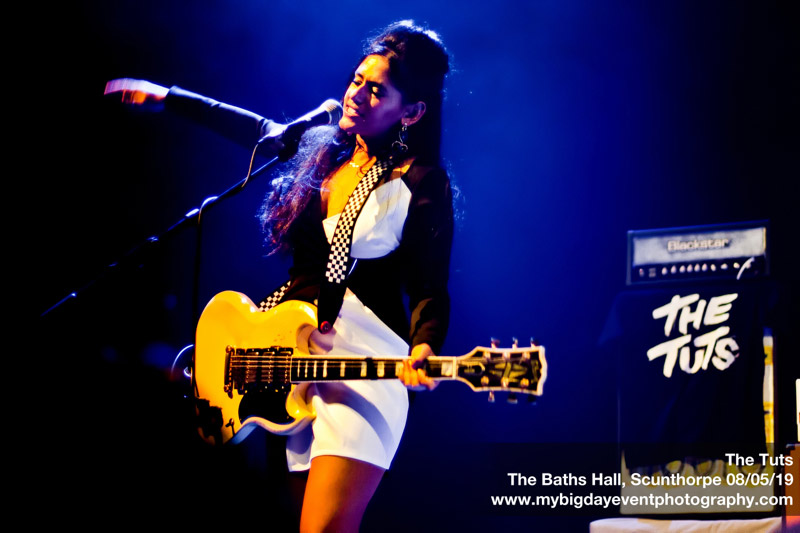 Click here for photos of The Tuts at Library at The Institute in Birmingham, U.K. on October 11th, 2013 in the QRO Concert Photo Gallery

First up were The Tuts, who I last saw five years ago at Birmingham Institute (QRO photos), where they were being taught to crowd surf by Kate Nash. This is a boom time for all-female groups with Savages, LIINES and others making names for themselves, and The Tuts have been picking up lots of fans over the past couple of years.

Their music is a blend of ska and punk with terrific jangly guitars and occasional outbreaks of shouting. They style themselves ‘Three Tone’ on account of the ethnic diversity of the band and they seem to take the whole DIY ethic very seriously. Currently unsigned and without management, it didn’t take them long to win over the crowd. If anything here has whetted your appetite then try You-Tubing “Tut, Tut, Tut” – angry and spiky and funny and excellent. 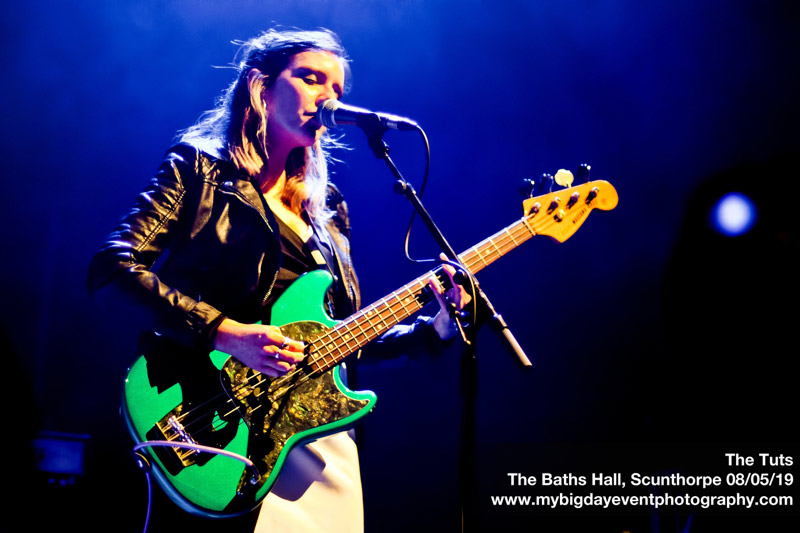 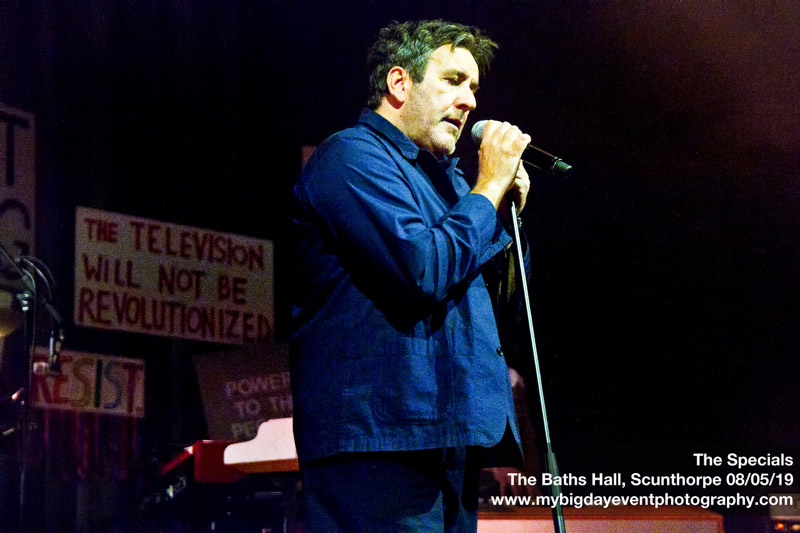 Click here for photos of The Specials at House of Blues in Boston, MA on June 15th, 2018 in the QRO Concert Photo Gallery

Click here for photos of The Specials at 2016 Riot Fest in Chicago, IL in the QRO Concert Photo Gallery

Click here for photos of The Specials at 2015 Splendour Festival in Nottingham, U.K. in the QRO Concert Photo Gallery

Click here for photos of The Specials at SXSW 2013 in Austin, TX in the QRO Concert Photo Gallery

There’ve been some line up changes in The Specials lately, but the core of the current band is vocalist Terry Hall, guitarist and vocalist Lynval Golding, and Horace Panter on bass, and the line-up looked and sounded just great, as the new material slipped neatly into the set, especially “The Lunatics” and “Vote For Me”. Both songs are reminders of the heady ‘Rock Against Racism’ days when music and politics were a natural combination, and on a set decorated with banners and placards of protest slogans, it’s a sign that the band have lost none of their edge.

The set list moved adroitly between dancey tunes like “Blank Expression” and “Embarrassed By You”, covers of classics like “Do The Dog”, Toots And The Maytals’ “Monkey Man”, and of course Dandy Livingstone’s “Message To You, Rudy”, and more urgently political material like “Concrete Jungle”. Inevitably the major hits like “Gangsters” and “Too Much Too Young” got a huge response.

For “10 Commandments”, another new song, they were joined on stage by DJ Saffiyah Khan, best known to many for her actions in 2017 when she was photographed facing down fascist marchers from the English Defense League. If you’ve not seen the image then you should. It’s here. https://www.theguardian.com/uk-news/2017/apr/09/birmingham-woman-standing-in-defiance-of-edl-protester-goes-viral.

Terry Hall was on great form, quizzing the audience about the geographical location of Scunthorpe (is it in Lincolnshire or not?) (it is) and then regaling them with local history snippets from Wikipedia.

It was also a football night (proper football, not that game with helmets and shoulder pads), and the band celebrated Tottenham’s victory over Ajax with an instrumental party tune (I wish I was clever enough to know what it was), with the result that “Ghost Town” got dropped from the set list in order to meet the demands of the curfew. It’s a shame, but hey, that’s music and football for you. 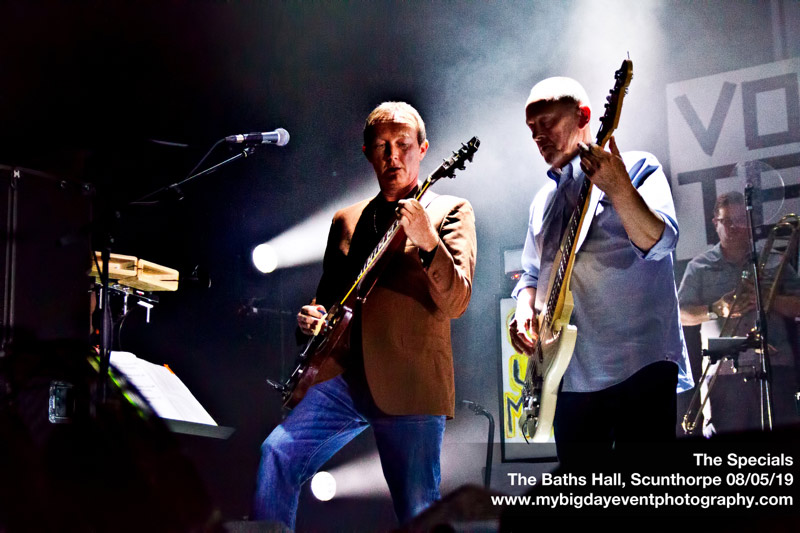