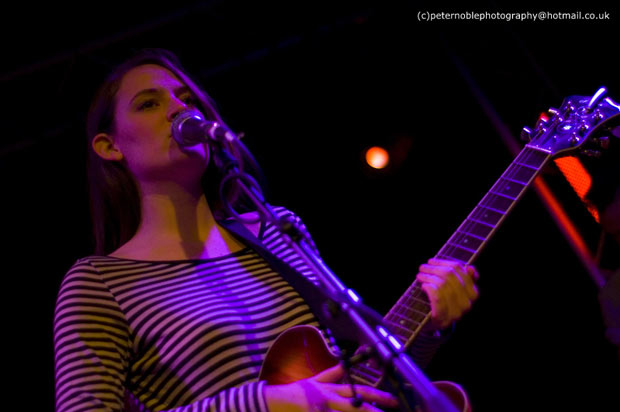 Such is the pull of The Staves that even the Bristol Thekla found itself sold out on a wet Sunday night, November 18th, with several hopefuls hoping to pick up any spare tickets to witness the first date of their tour.  The good ship Thekla hosted three sisters from Watford, U.K., who have just released their latest album – Dead & Born & Grown.  Just a five-minute walk from the Bristol city centre, the show took place in the belly of this converted Baltic Coaster ship. 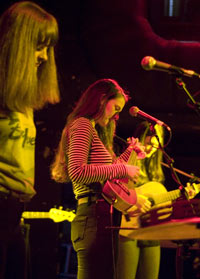 The new record is meeting with rave reviews and the three girls are getting more and more impressive support slots and playing huge venues alongside artists like Bon Iver (QRO live review) at Wembley Arena.  Emily, Jessica and Camilla Staveley-Taylor music is acoustic folk but hints towards a more bluegrass-infused Americana folk.

The sounds were graceful and tender with the packed house silent whilst they played through their twelve-song set.  In between the pieces, the sisters were entertaining witty, sharing jokes and having fun with the audience who joined in with the banter.

Tracks from the album took centre stage and were all very well received with “Wisely & Slow” seeing all three ladies gather around one central microphone to deliver a beautiful melancholy sonnet.  Camilla thanked the audience, admitting that they had been feeling quite nervous prior to the show.  There was an overriding sense that The Staves are possibly taken aback by the success they have gained so far and even being filled with some fear before playing on Later With Jools Holland show, surrounded by other artists. 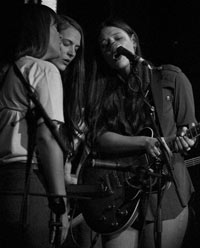 Alongside the acoustic sets, the girls were also backed tightly by a drummer and a bass guitarist who had originally lived in Bristol, much to the delight of those present.  ‘Yeah Bristol!’ shouted Camilla as she punched the air to acknowledge Bristol welcoming home one of their own.

Jessica played acoustic guitar throughout and for several tracks too on the lead vocals.  Camilla alongside her vocals played ukulele, whilst a whole family dispute went on over what instrument Emily was playing.

The girls returned to the stage to play the title track from their album much to the delight of everyone before finishing with “Icarus” from the Mexico EP.

With Dead & Born & Grown set to be in many people’s top albums of 2012 and sell-out shows, the New Year suggests that even greater things are around the corner for The Staves and sadly, Bristol won’t have another boat big enough to meet the demand. 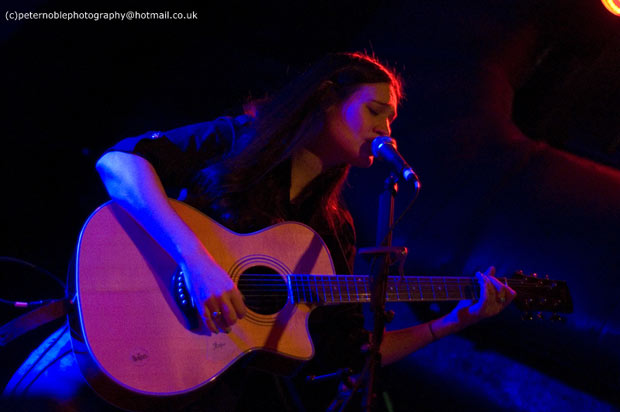