Tuesday night in Scunthorpe and the Baths Hall was pretty well full for a visit from The Stranglers.... 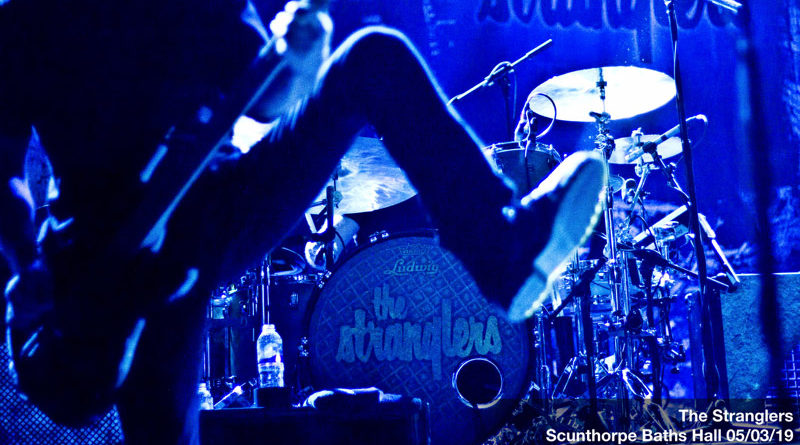 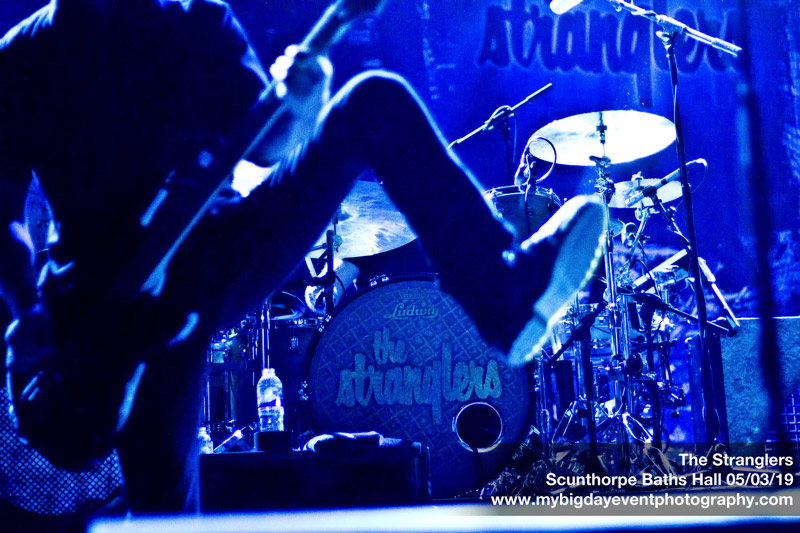 Tuesday night, March 5th, in Scunthorpe and the Baths Hall was pretty well full for a visit from The Stranglers, a band who, after nearly forty-five years in the business, are still touring relentlessly and who as far as live performances go, seem to be riding a wave. It was chilly out but inside the crowd was warming up nicely. 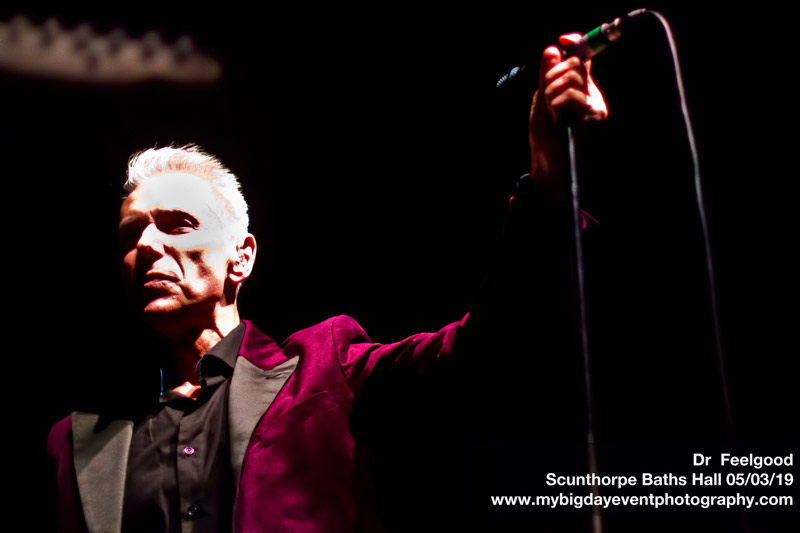 Click here for photos of Dr Feelgood at McCormacks Bar in Cleethorpes, U.K. on June 18th, 2017 in the QRO Concert Photo Gallery 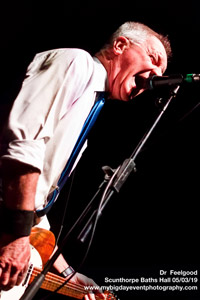 Support came from the always-excellent Dr Feelgood, although we may have to cut them some slack on this particular night because vocalist Robert Kane was proper poorly. Rather than cancel the show he transferred much of his vocal duties to guitarist Steve Walwyn and the result was a show which, if not peak Feelgood (and how long could we argue about just when that was?), was still a very fine slice of crunchy rock and blues. Even when afflicted, the Feelgoods had an energy and panache that many newer bands would do well to emulate. Highlights include “Milk and Alcohol”, “Down To the Doctor” and “Roxette”, and they tied things up very nicely thank you with a blistering “Route 66”. As if we could ever forget Winona. She was great. 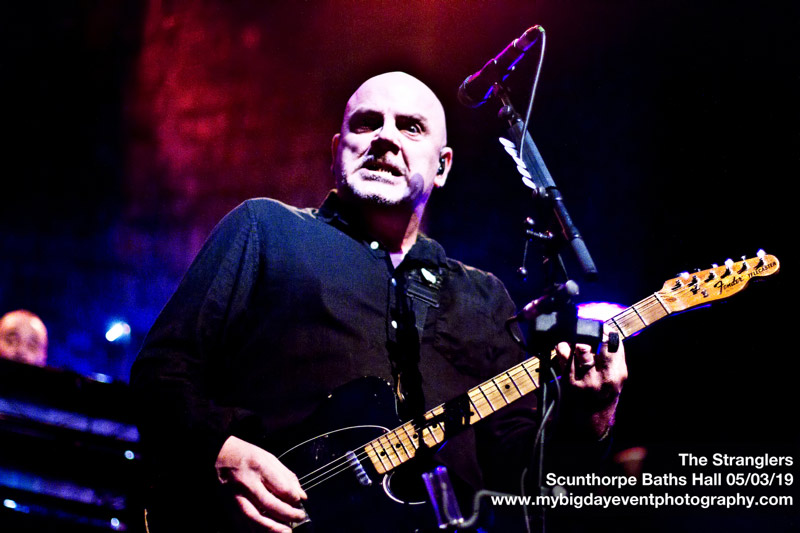 Click here for photos of The Stranglers at 3Arena in Dublin, Ireland on November 29th, 2015 in the QRO Concert Photo Gallery

Click here for QRO’s review of The Stranglers at Engine Shed in Lincoln, U.K. on March 8th, 2013

Click here for photos of The Stranglers at Bristol Academy in Bristol on March 17th, 2012 in the QRO Concert Photo Gallery

Click here for photos of The Stranglers at O2 Academy in Leeds on March 1st, 2012 in the QRO Concert Photo Gallery

There being no new Stranglers album to promote, not even an addition to their extensive range of archive live performances, theirs was basically a greatest hits show, but with hits like these who’s complaining? The band have been on great form for a couple of years now, gathering rave reviews wherever they go.

Last time I saw them was at The Engine Shed in Lincoln three or four years ago (QRO live review), the show was a much more subdued and minimalist affair, but this time they’ve invested in some smart looking staging, a backdrop of a tunnel filled with stagnant water & fallen masonry, and some spinning air vents that lit up from time to time, giving the whole thing the feeling of one of those video games where you have to start by escaping through the sewers, fighting rats and goblins on the way. Add some nice lighting effects and it makes for a great show, especially since the band was on great form.

Guitarist and vocalist Baz Warne certainly seemed up for it, winding up the front rows by observing that the band have never played Scunthorpe before and ignoring shouts of, “Yes you have!” He then proceeded to take an old joke for a new walk by enquiring how the “Thorpe” got into “Scunthorpe,” and then explaining that it was of course the Vikings, who used it to indicate a settlement or small town. New arrivals could have been forgiven for thinking that they had wandered by accident into a local history talk. As for the rest of the name? He shrugged. “Who can say? There’s cunts everywhere.”

And so the scene was set for an evening of great music and good natured joshing that kicked off nicely with “Waltz In Black” as an intro, leading into the rough and tumble of “Goodbye Toulouse”.

The legendary Jet Black, although officially a member of the band, no longer tours and on the road drumming duties have been taken up by Jim Macauley, who has clearly made a close study of the master’s work, because the distinctive patterns and changing time signatures that marked the band out from their contemporaries and rivals were all present and correct.

Of course what sets The Stranglers apart is the interplay of the swivel hipped JJ Burnel’s melodic basslines and Dave Greenfield’s swirling baroque keyboards. Hidden behind a multi-tiered keyboard stack only the top of Greenfield’s head was visible, making him look rather like the entree at one of those restaurants where you eat monkey brains through a hole in the table. He and Burnel were on great form and there was no sense of anyone just going through the motions.

As for the highlights, well I wish I was knowledgeable enough to pick out a really obscure album track and comment on how it differed from its original incarnation, but the truth is I really like “Always the Sun”, and it’s going to be my favourite at any Stranglers show I go to. I sang it badly and loudly for most of the car ride home.

So there you go. If you get the chance to catch The Stranglers on this tour I’d grab it if I were you because as elder statesmen of the punk generation go, there aren’t many better around.