If The Sword keep performing like they did at the Hawthorne Theater, then they are welcome back any time.... 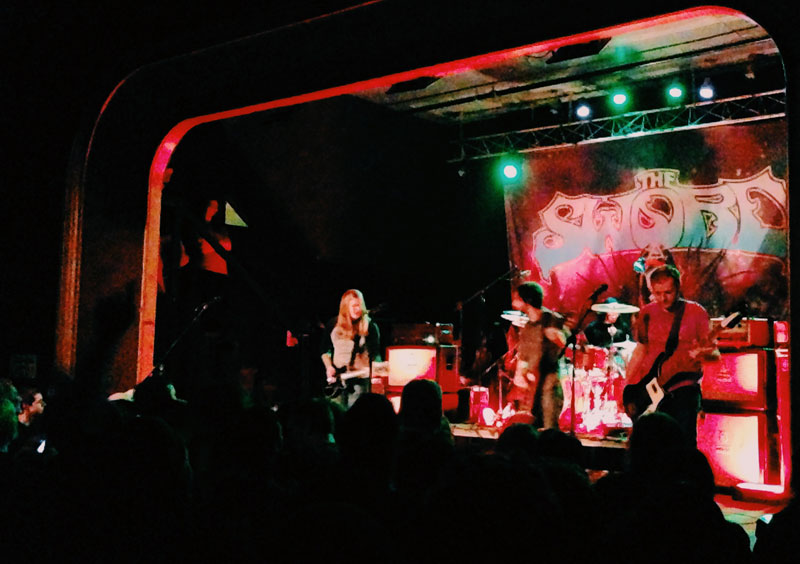 Click here photos of The Sword at 2013 River City Rockfest in San Antonio, TX in the QRO Concert Photo Gallery

Click here QRO’s review of The Sword at Stubb’s in Austin, TX on October 1st, 2011

It’s only been seven months since the Austin, Texas stoner metal quartet The Sword tramped through Portland, but if they keep performing like they did on Monday the 17th at the Hawthorne Theater, then they are welcome back any time.

Either the band was having an ‘on’ night or they have done some major rehearsing and tightening since the last time they were through town.  Don’t get me wrong, their show back in August was thoroughly enjoyable (QRO review), but Monday’s Sword was tighter and there was just more of an on-point, biting vibe to their playing.  They were hitting the mark right and left and drummer Jimmy Vela is a force to be reckoned with.  They would play medleys where songs would lead into one another and then have spontaneous jams in the middle.  They even busted out several electronic sci-fi-sounding samples here and there.

They even freshened up the set list this time around by playing songs such as “Tres Brujas” from 2010’s Warp Riders, which was left out last time.  Other songs present were “How Heavy This Axe” from their second album Gods of the Earth, the ever-popular “Freya” from their debut record Age of Winters, and “Barael’s Blade” from the same release as part of the encore – something Portland fans didn’t get last time around, which was odd.

It’s always a treat to see this band play.  They come simply to bring the heavy and they do it well.  It’s been two years already since they released their last album Apocryphon (QRO review), so if we’re lucky there will be another studio album soon and more tour dates to follow.