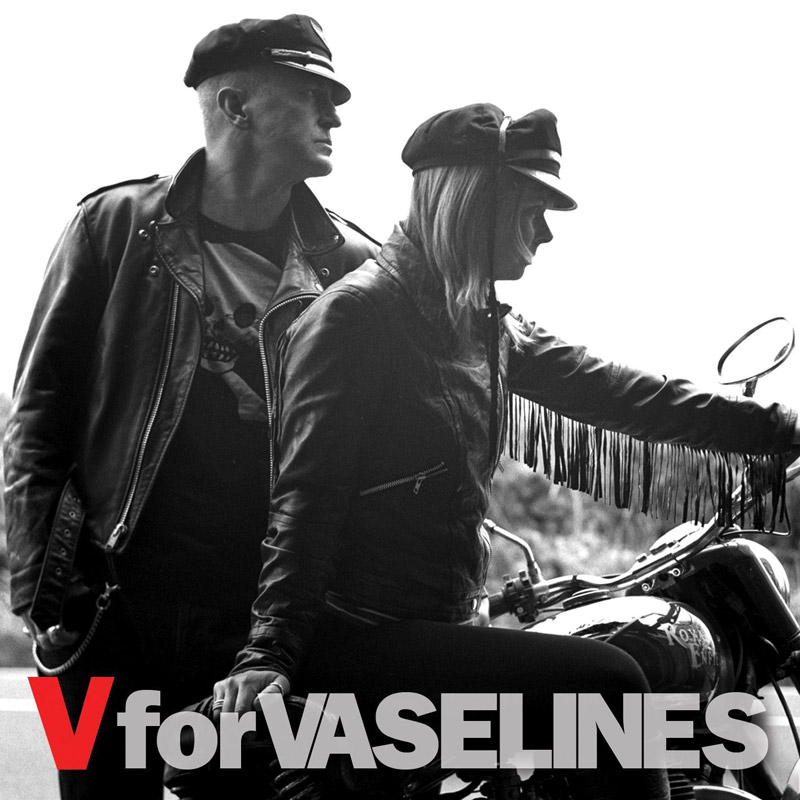 The Vaselines have had an odd career, with just a couple of albums in the late eighties before breaking up – only to found way more fame posthumously, as a cover favorite of Kurt Cobain. Following multiple ‘complete recordings’ collections then & more recently (QRO review), the Scottish duo of Eugene Kelly & Frances McKee finally reunited, and in 2010 put out the first new album in decades, Sex With an X (QRO review), that was a welcome return for their sunny garage sound. However, that sound isn’t that complex, and feels rote on follow-up V For Vaselines.

Click here for photos of The Vaselines at 2012 FYF Fest in Los Angeles, CA in the QRO Concert Photo Gallery

Click here for QRO’s review of The Vaselines at Bell House in Brooklyn, NY on August 30th, 2012

Click here for QRO’s review of The Vaselines at Music Hall of Williamsburg in Brooklyn, NY on May 18th, 2009

Throughout Vaselines, the band has a cheery sway that’s nice enough, but never really becomes anything more than that. From fun in the sun opener “High Tide Low Tide” to sustained swing closer “Last Half Hour”, The Vaselines are nice in the background, but don’t impress. The group was never ultra-inspired artistes, but V For Vaselines really doesn’t make up for that lack.

Any record from The Vaselines also lacks their best feature, their bawdy live humor, though there’s basically none of that on V For Vaselines compared to even Sex With an X (which had killer single, “I Hate the Eighties”). A nice enough band isn’t more than nice enough here.

The Vaselines – Earth Is Speeding