As Aston Barrett Jr. once said, “Bob Marley and the Wailers’ music will always live on.”... 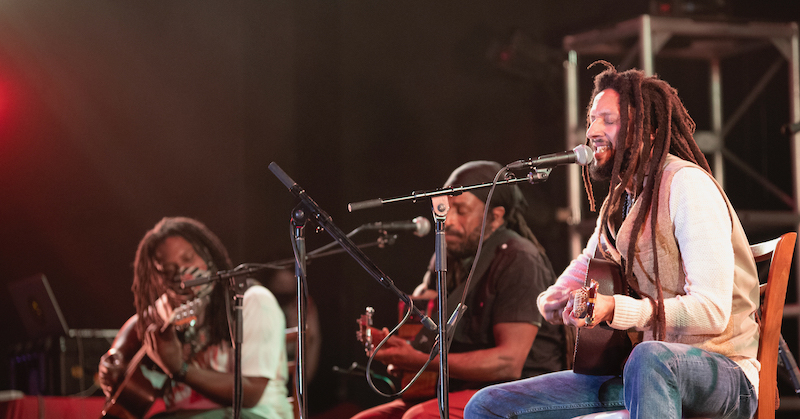 Click here for photos of The Wailers at 2019 Cotton Clouds Festival in Lancashire, U.K. in the QRO Concert Photo Gallery

Click here for photos of The Wailers at Chastain Park Amphitheatre in Atlanta, GA on August 21st, 2013 in the QRO Concert Photo Gallery

Click here for photos of The Wailers at 2013 Tortuga Festival in Ft. Lauderdale, FL in the QRO Concert Photo Gallery

As Aston Barrett Jr. once said, “Bob Marley and the Wailers’ music will always live on.” As if to prove his point, Barrett Jr. and his Wailers bandmates along with Julian Marley took the stage at Old School Square in Delray Beach, Florida on a cool Saturday night on February 27th.

As a socially distanced crowd vibed the night away in their pods, The Wailers provided a much needed ninety minutes of feel-good music that most of the crowd knew every word of. Featuring the progeny of original Wailers Bob Marley and Aston Barrett, this iteration of the most important reggae bands in the world is composed of Aston Barrett Jr., Julian Marley at the helm, along with a serviceable lineup of touring musicians.

The music was a combination of the rebellious yet positive songs that were culled from the catalog of both Bob Marley and the original Wailers along with select cuts from One World, The Wailers’ 2020 release.

With peace, love, and positivity The Wailers finished their set and drifted off into the night like the clouds of a warm Jamaican evening. 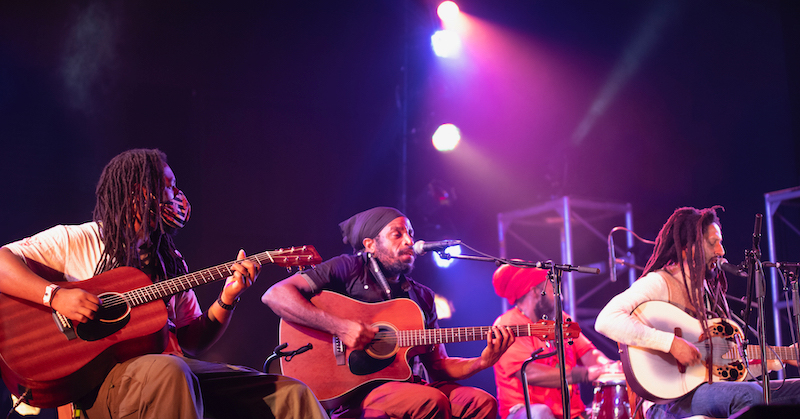