Let's dance to The Wombats.... 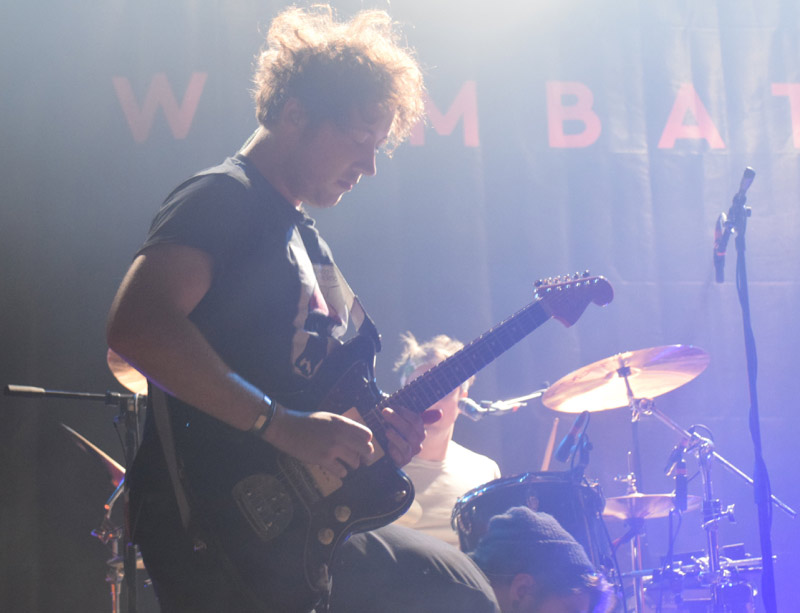 Click here for all of QRO’s coverage of The Wombats in QRO’s ‘Spotlight On : The Wombats’ feature

The Wombats’ electro-rock has always had a self-effacing quality to it, a distinct lack of hubris that has always been a welcome relief in the often too full-of-oneself genre. It has made their music much more accessible to your hipsters and anyone who’s not given to partying. Live, thankfully, this does not detract from the energy of the band or the crowd, like at New York’s Webster Hall (QRO venue review) on Monday, April 27th. 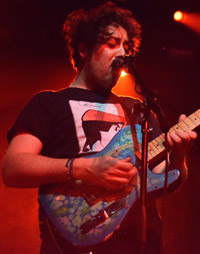 Touring behind the just-out Glitterbug (QRO review), the trio hit Webster Hall hard. Literally so, as the floor at the upstairs venue was shaking from the get-go [much to the consternation of all the photographers in the venue’s newly-expanded photo pit], though that came as much from the crowd as the band. Yes, the barrier at the front of the house was lined with young girls with ‘X’s on their hands to indicate that they weren’t yet old enough to drink, but The Wombats aren’t the kind of pop act one is ashamed to enjoy. And the trio of Dan Haggis (drums), Matthew Murphy (vocals/guitar), and Tord Øverland Knudsen (QRO interview) were delivering a sizable sound all on their own, interestingly & impressively without any extra live touring members. Though they needed that space on stage, as Knudsen rarely stood still, bounding about. 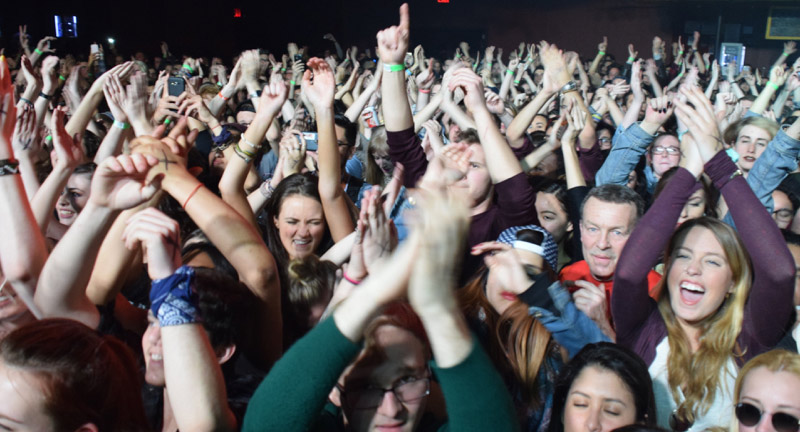 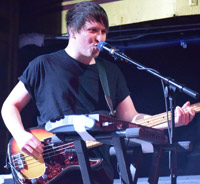 The set list naturally drew primarily from Glitterbug, with the rest about evenly split between their two prior records, 2011’s This Modern Glitch (QRO review) and 2007’s A Guide to Love, Loss & Desperation. Just like on each record, it’s rather easy to know which songs will be the biggest crowd-pleasers: Guide’s “Kill the Director” (with its rousing repeated chorus of, “This is no Bridget Jones!”) and the evening’s closer “Let’s Dance To Joy Division”, Glitch’s “Moving To New York” (interestingly, they did this obvious Big Apple number early in the set), “Techno Fan”, and into the encore break “Tokyo (Vampires and Wolves)”, and Glitterbug’s “Your Body Is a Weapon” (the opening song of the night), “This Is Not a Party”, and return from encore break “Emoticons”. 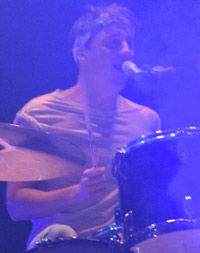 Admittedly, that also meant there was some filler material that didn’t elevate from on record. But the sometimes less than prideful act went big very well, and got New York to move.

Modest Mouse – Strangers To Ourselves