The Apples In Stereo 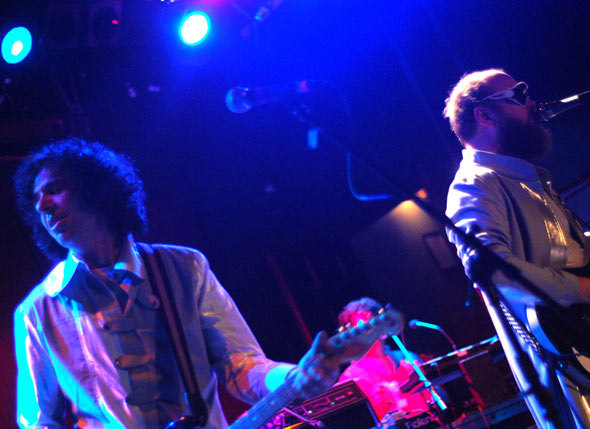 There’s always been a push-pull in our visions of the future, of light vs. dark.  The explorations of Jules Verne gave way to the dystopia of The Shape of Things To Come thanks to the First World War, but the twenties and thirties also saw the ray guns and jetpacks of Buck Rogers.  The horrors of totalitarianism brought George Orwell to write 1984, but the atom age gave birth to both the stories of post-apocalyptic nuclear war and the positive psychics of fifties sci-fi editor Joseph Campbell.  Aliens were treated both as bug-eyed enemies, and utopian saviors.  The sixties saw man "boldly go where no man has gone before", but the seventies gas crisis inspired declining, ramshackle futures.  The end of the twentieth century gave the world cyberpunk, but also The Next Generation and ‘The End of History’.  However, the twenty-first century has looked to the future with decided fear, thanks to terrorism, war, environmental issues, and, most recently, economic collapse.  But The Apples In Stereo are reviving the bright vision of tomorrow, like at New York’s Bowery Ballroom on Wednesday, April 21st. 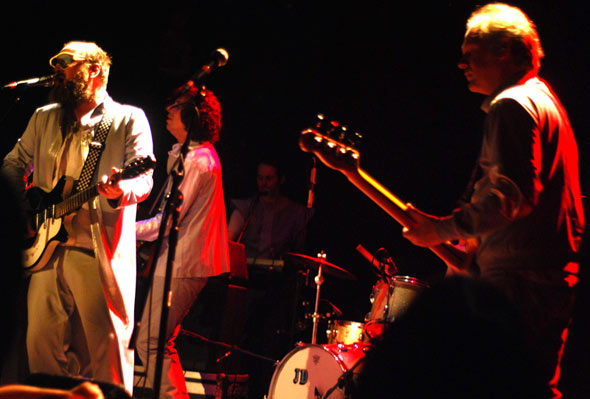 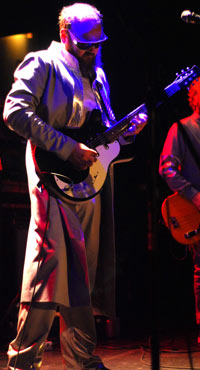 Time is a natural subject for The Apples, as they have been bring back & updating the sunny sounds of the sixties for almost twenty years now, most recently with Travellers In Space and Time (QRO review), out the day before the Bowery show.  Travellers, indeed, moved ahead in time itself, drawing on some of the disco of the seventies as well as the neo-Beach Boys of the decade before.  And on stage, The Apples were fully ensconced in the future, decked out in silver, spacesuit-like overcoats and shades (designed by New York’s own Rebecca Taylor), because the clothes "don’t decay in time travel", explained singer/guitarist & frontman/only remaining founding Apple Robert Schneider.

Schneider talked a lot about time, at a fast rate that made it rather hard to follow, but that was also because they were "moving backwards in time, playing our songs backwards, so you hear them frontwards, but you appear to be moving backwards in time to us" – or something like that.  He also remarked that the dressing room at Bowery was "up seventy-five flights of stairs – it’s up higher than the actual building.  It’s some mystery of the universe…" [note: he’s not wrong – QRO venue review] 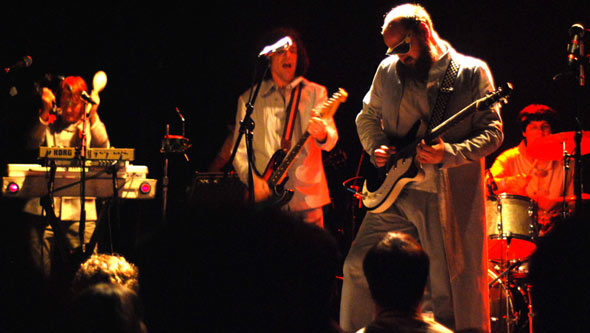 The Apples In Stereo playing "Sun Is Out" live at Bowery Ballroom in New York, NY on April 19th, 2010:

Travellers and the preceding New Magnetic Wonder (QRO review) naturally dominated the set, but the band still played at least one from each of their previous records.  The energy of the band & the crowd really amped up Travellers pieces like "Dance Floor", "Told You Once", "No One In the World" and "Next Year About the Same Time", as well as Magnetic‘s "Sun Is Out" and "Same Old Drag".  But not needing any more energy was Travellers‘ "Hey Elevator", and Magnetic‘s "Can You Feel It?" – and, of course, "Energy".  Some of the older pieces, such as "Go!" and "The Rainbow" from 2000’s The Discovery of a World Inside the Moone (The Apples are Travellers in Space, as well as Time), were a little too much of a neo-Beatles retread, but the encore return saw two welcome blasts from (The Apples’) past, "What the #?" from their second record, 1997’s Tone Soul Evolution, and night-closer "Tidal Wave" from their first, 1995’s Fun Trick Noisemaker. 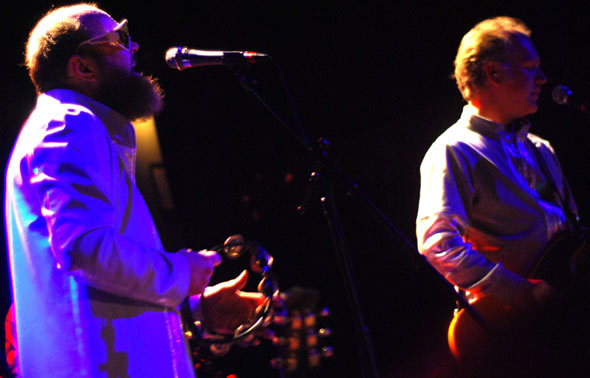 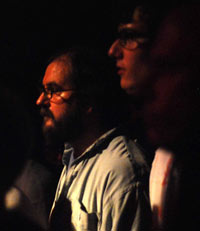 The audience was as excited as The Apples, girls and boys dancing.  There were even a few fellas up front who, after blowing plumes of weed smoke, pseudo-moshed -though this did rather annoy one older fan (who looked a lot like Salman Rushdie…).  But so bright was the band that even Bowery’s sometimes heavy-handed security was light-to-non-existent (which is why your correspondent was able to take two videos…).  And it wasn’t some teeny-bopper (or pre-teen) over-cheer, because they don’t have to work for a living & don’t know what real life is like yet – just the sunshine of a band that believes in the future, as well as the past.  And that’s something we need a whole lot more of these days. 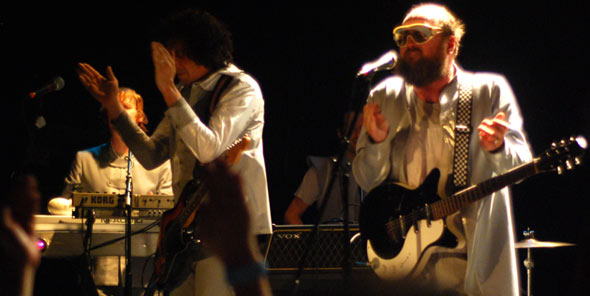