<img src="http://www.qromag.com/wp-content/uploads/2010/11/theautumndefenseinterview.jpg" alt=" " />QRO got the rare chance to sit down with Pat Sansone & John Stirratt, a.k.a. The Autumn Defense, to talk about everything from their new... 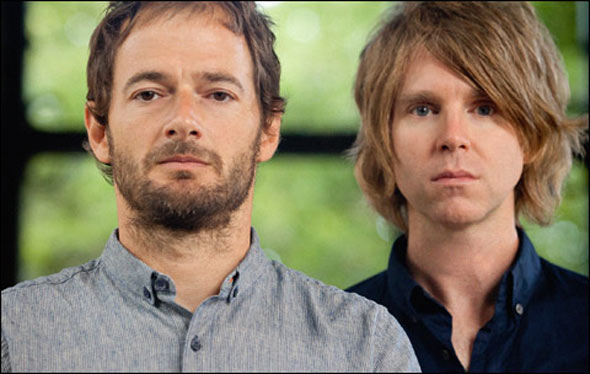 QRO got the rare chance to sit down with Pat Sansone & John Stirratt, a.k.a. The Autumn Defense.  In the conversation, Sansone & Stirratt talked about the new Once Around (QRO review), the impressive continuity of their whole band, getting out of the shadow of their ‘other’ band, Wilco (QRO live review), always being compared to Bread (the ’70s band), touring as The Autumn Defense vs. Wilco (one has buses & ballparks, the other has no tour manager…), Polaroids, Krusty-endorsed Canyonero, and more…

QRO: How has this string of dates been going?

John Stirratt: We had a really nice surprise – we started out in a town called Three Oaks, Michigan, a sort of artist’s colony outside Chicago, on the Michigan shore.  They have a wonderful theater there, a 400-, 450-size theater.  Just had a great show.

Getting to the coasts is a little tricky – Cleveland was a little…  But by the time we got to Toronto, and then over to Boston, it’s been great.  So it’s been really well.

QRO: Why only a handful in the northeast to go with the release of Once Around?

JS: Well, frankly, it’s touring fatigue.  The one big aspect of it is.  We were hundred-plus dates on the road last year.  That was the main issue – pure fatigue.  I have a family, and Pat has a girlfriend.  I just have to be around, just for the Wilco obligation so much.  We’re on the road so much.

But we are leaving next year.  Wilco has a lot of recording, but we’re putting together a West Coast thing.  But we wanted to try to get New York and everything done in the fall, right when the record came out.

QRO: Do you feel you have to tour in the ‘autumn’?

JS: You know, this is the first time we really have.  Generally, because of the Wilco schedule, we’re always out in March, February – really brutal months.  So this is a luxury…

QRO: It seems like you would have a relatively calm crowd – does it ever get really quiet between songs?

JS: Oh, yeah, most every time, actually.  Most every crowd we have, just tuning, you could hear a pin drop.  It’s really wonderful.

QRO: Do you have to work on your stage banter?

QRO: How does playing smaller clubs like (le) Poisson Rouge (QRO venue review) compare with the big places you play for Wilco?

JS: It’s great, frankly.  There’s so much more interaction with the audience, before and after a show.  So often, those shows, you don’t see anybody – if people are waiting by the bus, you’ll see them.  Well, that’s not entirely true – I guess I run into fans during the day, in town.  But here, it’s great – you’re in the club, people come up.

I think the dichotomy of the Wilco thing to this is amazing.  To be able to do both, and travel both ways, is great; it’s a treat.  I appreciate it more now than ever, I think.

QRO: How did making Once Around compare with making previous Autumn Defense records?

JS: I guess generally what happened around the last record, the self-titled record (QRO review), was I started a family, had a lot more obligations.  It became a lot more a situation where we do basic tracking, we would work on things together, but Pat was kind of left to his own to work his tracks a little bit more; I just didn’t quite have the time.  So the basic tracking sessions would kind of happen, but around the time of the self-titled record, it was the first one he mixed entirely, it was the first one he became sole producer.

QRO: Did you work/write Autumn Defense material in the midst other things, such as Wilco things, it is it a specific, ‘sit down and do this & this alone’ thing?

JS: Well, I definitely dedicate – when I write songs, I don’t think of them in terms of one or the other.  I still pitch songs to Jeff [Tweedy, Wilco singer/guitarist] and everything.  When I write, personally, I do have my voice in mind, The Autumn Defense in mind, more so than anything.

There’s time – you always have time.  Lot of people ask if we have trouble finding time to do anything, but there’s generally always time.

QRO: Do you write stuff when you’re on the road?

QRO: When making Once Around, was it just the two of you, or did you bring in others people in?

JS: What we’ve done, the last two records, we’ve had Greg Wieczorek, who is the drummer that we’ve played with forever.  We get him – it’s pretty decent recording sessions, we’ll have him, ‘G. Wiz’, and, in the past, we’ve had Brad Jones playing bass on self-titled.  I think he came in for one session – one session, we just had the three of us, which is what we did on the new record.

We have an engineer friend, Michael Napolitano, who we’d always wanted to work with, out of New Orleans, who was an old friend of ours, and we really concentrated on drum sounds, initially.  I think there was a real push to get as much as we could get with the basic tracks.

So we really just took our time, finding the right space and sounds.  Recording in the Wilco loft, that’s the best way to work in that place – having four or five people, tracking at one time, makes it really tough there.  So it’s a great way to really concentrate on the sounds.

We got all the basics down, Greg went home, and Pat just worked on them… until the record was done. [laughs]

Pat Sansone: Until they took it away from us… [laughs]

JS: Well, we’ve had Greg since the first record, so it’s been ten years for him.  Brad Jones we’ve had for the five or six years.  Hags – James Hagerty – has played with us for the last five.  John Pirruccello has been with us since the tour of the first record.

So the band has really been together for ten years – it’s amazing.  To have people to play with that long, it’s such a rarity

QRO: How hard is it to get The Autumn Defense recognized as a separate, individual entity, outside of the Wilco shadow?

JS: It’s hard.  It’s really hard.  And at times, seemingly futile, but we still rail against it, try to get people to come out and see the band and listen to the album, and try to… I don’t know, ‘disprove it’.  Just try to make a mark on people’s minds that it’s a real band – which it is, but there’s a lot of baggage, being in such a big band.

QRO: Do you think it got worse after you [Sansone] joined Wilco?

PS: Maybe in some ways.

QRO: Is it just coincidence that you two stand on the same side of the stage in Wilco?

PS: As Wilco shows, you mean?  I don’t know – maybe it happened unconsciously.  But we’ve kind of been doing it in this line-up even before I joined Wilco, so it’s a coincidence, probably.

QRO: It seems like you always get compared to [seventies soft-rock band] Bread – do you ever wish for other comparisons?  There seems to be a distinct Beatles strain on Once Around, but anyone can be compared to The Beatles.  Or do you wish for more contemporary comparisons?

PS: …Derogatory, or a funny thing.  But we didn’t set out to sound like Bread; we don’t mind sounding like them, every once in a while.  They made some beautiful music; they’re a great band.  But we have lots of influences – certainly The Beatles are big; nothing wrong with being influenced by them.

QRO: Pat, how hard was it to find Polaroid film when you were doing your 100 Polaroids book of photos?

PS: At the time that I was shooting most of the images for my book, Polaroid film was still available.  When they made it no longer available, I actually kind of stockpiled and bought a lot of film.  So I actually have a lot of film.  It’s all expired now – it doesn’t look quite like it used to, but for a while there, I had plenty of film, and could sort of just shoot freely, but it’s changing now.

QRO: What are your favorite songs to play live from Once Around?

JS: I think my personal, probably "Huntington Fair" and "Tell Me What You Want".

PS: We’re doing about half of the new record, and I’ve been enjoying playing all of them, really.  Sometimes it takes a while for new material to feel comfortable and kind of ‘fit in’, but it seems like the material from this new record has kind of been instantly comfortable.

QRO: What about from previous records?

JS: Yeah, I like "Sun In California", that’s always been one – there’s a lot of harmony; something I enjoy playing every time.

The Autumn Defense playing "The Sun In California" live at (le) Poisson Rouge in New York, NY on November 12th, 2010:

We play so infrequently, really, compared to Wilco.  I definitely don’t ‘dread’ any songs.

QRO: Are there any songs that you can’t play, because of the arrangement?

JS: Yeah, there’s certain songs.  "Criminal" on self-titled, something like that, where the strings are so prevalent – I think that was something we wouldn’t take on.  Just not being able to represent.

QRO: Have you ever played Iowa City, or the state of Iowa?

QRO: Did you feel like you had to play your "Iowa City Adieu"?

PS: Yeah – I can remember playing it in Iowa City…

QRO: What’s it like to play a ballpark?  I have to ask…

JS: It’s cool.  It’s a cool scene.  It’s a big outdoor… I don’t know; it’s not too unlike a festival.  Other than you see the stands right there and everything.

QRO: Do you have any favorite cities or venues to play?

JS: San Francisco, Berkeley, Greek Theatre – they have a great live music tradition there.  They really know how to take care of bands.

QRO: Do you have any favorite Wilco songs to play?

JS: Umm… It’s generally whatever’s recent, whatever’s most recent.  I’ve got quite a few, I guess.

QRO: Wilco shows are really long – how do you not fall over from exhaustion?

JS: Luckily, we don’t have much responsibility outside of the live thing, so we can sleep.  We have buses, so we get a lot of rest.  You can rest as much as you need.

QRO: How does touring [as The Autumn Defense] compare to touring like that?

JS: We handle everything with this.

PS: It’s definitely more work-intensive for us.  The days are long; there’s a lot of details and responsibilities that we’re responsible for.

PS: There’s definitely more of a strain, but, in some ways, when things are going well, it feels that much more of a triumph.