The Best Music of the O.C. 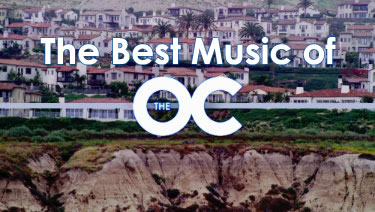 Last Thursday, FOX’s The O.C. aired its final episode.  You may not have known the once-hot teen drama was still on the air, having stopped watching long ago (like most viewers), or having never watched at all.  And you might blame The O.C. for inspiring its reality counterpart, Laguna Beach: "The Real" Orange County, or making the slightly-talented Mischa Barton famous.  But while it was on the air, The O.C. was the best place on network television to hear indie music (this side of Late Night with Conan O’Brien), as creator Josh Schwartz packed more indie-rock into one hour than MTV did in a whole week.


No, this isn’t the show’s over-played opening theme song from Phantom Planet, but rather Northern California’s Rogue Wave’s far superior song-of-the-same-name.  The sad indie-pop/rock of “California” is simple, yet engrossing, with the resonant anti-booster chorus, “So screw California.”  What’s more, it doesn’t have the copyright issues of Planet’s “California” (they were forced to give a co-writing credit to "talkie" star Al Jolson, after his estate sued them for stealing lyrics), nor is this its second "Orange County" (Planet’s song was originally featured on the unrelated film, Orange County).


No band was given more prominence on The O.C. than Seattle’s Death Cab For Cutie.  The geek-who-gets-the-girl Seth Cohen (the character Schwartz based on himself) was an avid fan of indie music, especially Death Cab, and helped to bring their haunting alt-pop to a bigger audience (and a bigger label).  All ironic-titling aside, the poignant longing of "A Movie Script Ending" perfectly captures what the show strove for: the regrettable realization that, despite beautiful outward appearances, things aren’t going to work out all right.


Over two weeks before the album’s release, five tracks from Beck’s Guero were featured on one episode of The O.C.  While many of the songs that have premiered on the show were either mediocre (Coldplay’s “"Fix You", U2’s "Sometimes You Can’t Make It On Your Own") or just plain bad (Gwen Stefani’s “Cool”), there were also quality debuts like The Shins’ "Turn On Me" and Beck’s "Scarecrow", whose satisfying mix of sad-folk Beck/upbeat-fun Beck could be seen as the forerunner to his excellent following record, 2006’s The Information. 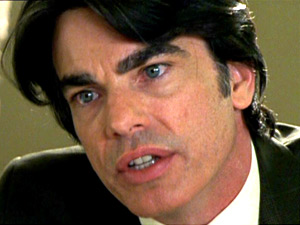 
Featured in the fall of 2003 episode, "The Secret", a year later this became the theme song to the far superior ‘poor-kids-meet-rich-kids-in-Southern-California’ TV show, the-oh-so-secretive Veronica Mars (which will also probably end soon, given its current ratings).  "We Used To Be Friends" treats the bonds of friendships, now turned into rivers of animosity, with just the right mix of self-confident bravado and The Warhols’ trademark detached irony.


The O.C. featured many great indie singles, from Bloc Party’s "Blue Light" to Spoon’s "The Way We Get By".  Many indie-rock acts even performed on the show and became huge hits, such as the aforementioned Death Cab, as well as The Killers, Modest Mouse, and The Walkmen (the first band to appear at the show’s faux-venue, ‘The Bait Shop’).  While the alt-rock conflict between fun and responsibility of the working-class “Little House of Savages” would seem miles away from Orange County, it’s actually quite in tune with the trials of the just-as-interesting, if not more so, adult parents – though their houses are not little…


Josh Schwartz cut his indie-teeth on '80s and '90s alternative music, and there was at least one adult character on The O.C. who was conversant in music that pre-dates The Strokes.  When moping around, Carter Buckley was caught listening to yesterday’s alt-heroes, The Pixies, and while the driving, jangly rock of "Debaser" would seem ill-fitting for wallowing, the self-flagellating lyrics, delivered in an upbeat tone, exemplify the unique appeal of sitting around, feeling sorry for one’s self.  Or perhaps the short-lived character was just thinking of a time when he was younger and things were simpler – he was also sporting a t-shirt of the seminal eighties punk rockers, Hüsker Dü. 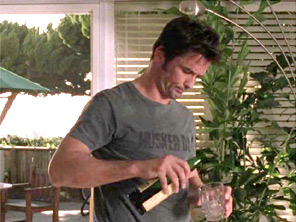 
Speaking of The Dü, the new material on the show wasn’t only from brand-new bands.  The O.C. also featured new solo work from former members of such 20th century indie bands as Dinosaur Jr.’s Lou Barlow, Pavement’s Scott Kannenberg (as Preston School of Industry), The Replacements’ Paul Westerberg, and Hüsker Dü’s own Bob Mould.  Combining his tradition of expansive guitar rock with his more recent techno work, "Circles" utilizes Mould’s aggressively lamenting vocals, in a cry over life’s inescapable limitations.


Australia’s Youth Group covered this Reagan-era Cold War classic (originally by West German new-wavers Alphaville) at the request of Josh Schwartz and The O.C., and the song shot to #1 in Oz.  The fear of you and everyone you know being wiped out by atomic destruction is translatable in today’s post-9/11 world, but the melodic “Forever Young” works even better as an expression of the grief one feels – or felt – upon first realizing that adolescence has an end.

The O.C. featured other eighties classics, covered by today’s bands: Wham!’s "Last Christmas" (Jimmy Eat World), Orchestral Maneuvers in the Dark’s "If You Leave" (Nada Surf), the aforementioned "Debaser" (the aforementioned Rogue Wave), and even Black Flag’s drunk-punk "Wasted" (Pinback, of all people).


A much more recent cover (originally by Texas’ slo-core The New Year), its opening words were the title of last Thursday’s series finale, ‘The End’s Not Near, It’s Here’.  In an episode punctuated with such ‘big finish’ soap opera tactics as a birth and an earthquake, the low-key "The End’s Not Near" was the beautiful coda for this fantasy world of beautiful people (that catch every indie band right when they’re about to blow up), with Band of Horses’ mournful waves of remembrance a sign that life goes on – except when it doesn’t.