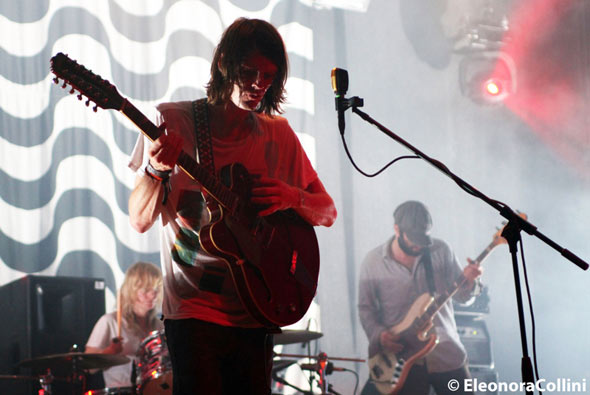 Seeing The Black Angels live means participating in a simultaneously mind-expanding and darkly unsettling experience.  The wave of sound created by their fuzzy guitars, dramatic arrangements, retro keyboards and spacey vocals is so forceful that almost knocks you down.

Wednesday, September 14th at Live Club in Milan, their aggressive psychedelic music, which draws from the late 60s acid-rock of The 13th Floor Elevators, The Doors and even The Velvet Underground (from whose “Black Angel’s Death Song” the band took their name) catapulted a crowd of mainly male Milanese hipsters at to a hallucinogenic haze of psychedelia.  The kaleidoscopic lights with heavy strobe effects and the psychedelic backdrop, reminiscent of their new album artwork (designed by guitarist Christian Bland’s own Design label) contributed to create this mind-blowing experience. 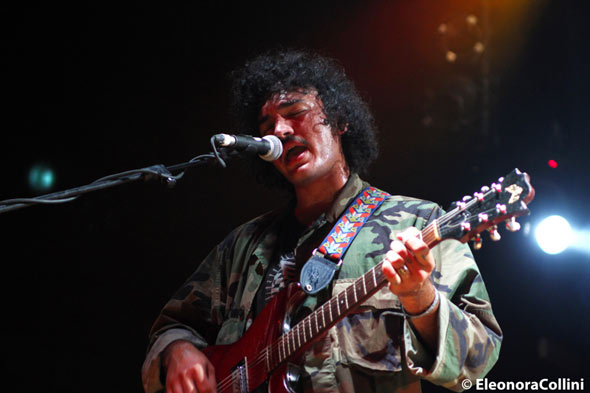 Seattle-based Night Beats with their Electric Prunes-esque garage-psych rock made of reverbed guitars and sneering vocals acted as a prelude to the madness, playing their freshly released debut album almost in its entirety.  “Puppet On a String”, “Dial 666” and “The Other Side” were the highlights of their set. 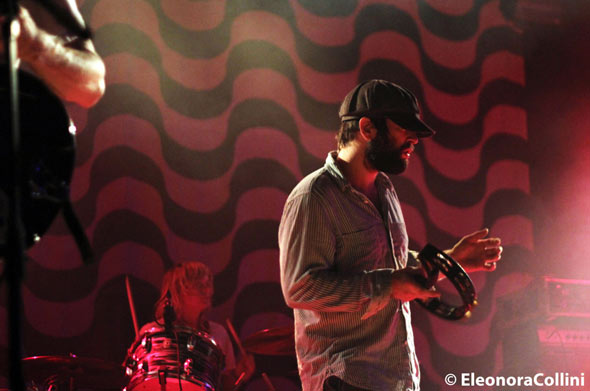 Click here for photos of The Black Angels at 2012 Fun Fun Fun Fest in Austin, TX in the QRO Concert Photo Gallery

Click here for photos of The Black Angels at Lustre Pearl in Austin, TX on September 23rd, 2011 in the QRO Concert Photo Gallery

Opening with the beautifully menacing “Entrance Song”, followed by the droning riffs of the hypnotic “Prodigal Sun”, The Black Angels predominantly played tracks from last year’s stunning, slightly poppier Phosphene Dream (QRO review), with the (for some disappointing) exclusion of the lead single “Telephone”.  They also delighted the audience with a few songs from their debut album Passover, but only two (“You on the run” and “Science Killer”, both loudly cheered by the Milanese crowd) from their jammier, more amorphous Directions To See a Ghost.

On stage even more than on their records, the Austin-based quintet have a loud, ferocious instrumentation with each member constantly swapping instruments (guitars, twelve-string, bass, various electric keyboards), proving their intuitive music skills.  Alex Maas’ always-trippy vocals that sound like Grace Slick doing a Jim Morrison impression, deliver what seems to be the voice-over of a fever dream.  Stephanie Bailey’s drumming drives the band creating a hypnotic spell that envelope the audience.  The charming lead guitarist Christian Bland is the most charismatic presence on stage, and confirming how in fact The Black Angels are five nice, laid-back people, just a few minutes after the end of the show, he even went all smiles in the crowd to talk to fans.

If there was any complaint, the 3000-people-capacity venue wasn’t the best choice for this band, which seem to better reproduce their psychedelic sonorities in smaller venues.  Alas, the sound was also poorly mixed at times.

Highlights of the night were “Bad Vibrations”, with its dark guitar lines, menacing over a lament of incessant reverb and solemn beats, and the beautiful “Melanie’s Melody” (the first track of Phosgene Nightmare, their Record Store Day 2011 EP) that opened the encore providing just the right balance of relief from the dark atmosphere of most of the other songs.  The show ended with “River of Blood”, a mesh of power chords, incorporeal howls and final, cacophonous crescendo of noise. 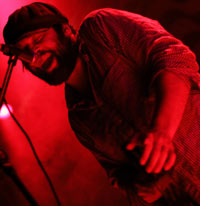 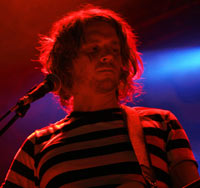 Cut Off Your Hands : Hollow