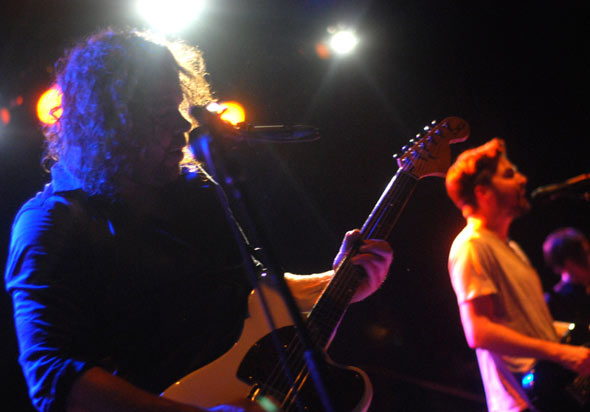 Click here for photos of The Boxer Rebellion at SXSW 2011 in Austin, TX in the QRO Concert Photo Gallery

Anglo-expanse has been popular ever since The Edge picked up a guitar, and Anglo-tragedy ever since Ian Curtis picked up a mike, but live, both styles require something from their audience to make a truly great show.  Expansive sounds need an expansive arena – for U2 (QRO album review), those are actual arenas, but few bands are so successful.  Tragedy needs an audience that was ready to feel, something widespread in northern England in the eighties, but few times are that depressing.  London’s The Boxer Rebellion combine both sounds very well, even if their show at Brooklyn’s Music Hall of Williamsburg (QRO venue review) on Friday, April 15th was a little stunted by the setting. 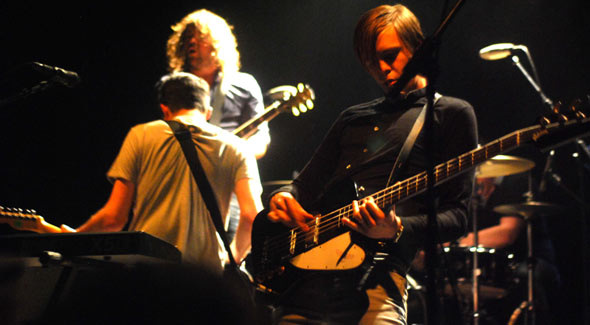 Click here for QRO’s review of The Boxer Rebellion at Mercury Lounge in New York, NY on April 23rd, 2009

Opening for Boxer Rebellion at Music Hall was We Are Augustines (QRO photos), the new band from Billy McCarthy & Eric Sanderson of the late Pela (QRO spotlight on).  This was only their eighth show as WAA, but it was a hometown show for members of a band that had previously headlined Music Hall (QRO live review), so there were lots of locals there for them.  Indeed, the bartender & box office ladies even remarked that there were a lot of people in the house for the opener.  It was also Day One of Coachella, so probably a number of indie-fans were out on the West Coast that night (at least those who had the money and/or connections to go…).  Augustines delivered a good show, and it’s hard to knock an opener for filling the house, but when it’s accompanied by a few shouts of, “You should be headlining!”, it doesn’t quite make for the best-flowing intro for the main act. 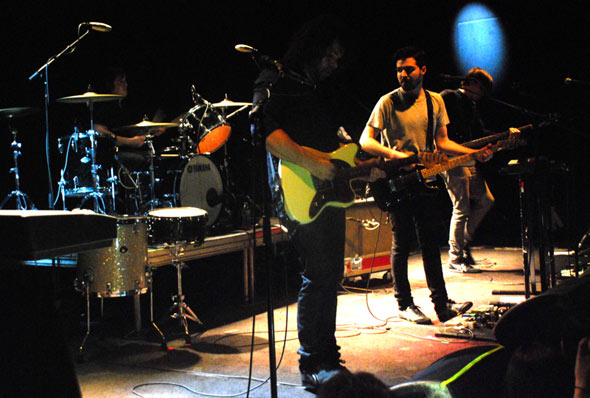 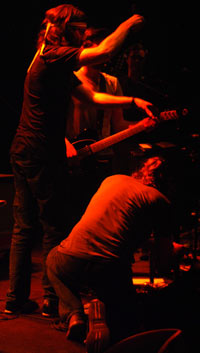 Still, The Boxer Rebellion started off strong with “Step Out of the Car”, the pressing standout from their new The Cold Still (QRO review) – only for singer/guitarist Nathan Nicholson’s mike to give out, forcing him to kind of awkwardly sing into the mike above his keyboard.  It was fixed, only to short out later, despite the best efforts of the staff, and Nicholson just had it muted and moved the keyboard mike over to his main mike stand.

However, The Boxer Rebellion were still able to deliver on their epic Anglo-tragedy with pieces from Cold Still and the prior Union (QRO review), such as a great “Organ Song”, “Both Sides Are Even”, and “The Runner” from Still, and “Flashing Red Light Means Go”, “Evacuate”, and “Spitting Fire” from Union.  Generally, the pressing pieces fared better than the slow ones, as the audience seemed more in the mood to rock than to mope (though Nicholson set up the sad “relationship song” “Both Sides” well, by joking, “If you’re on a date tonight, and it’s not going too well, this song is for you…”).  There were even two pieces from debut Exits, and while the early “Cowboy and Engines” was one of the weakest numbers of the night, The Boxer Rebellion went into the encore break strong with “Watermelon”.  And the 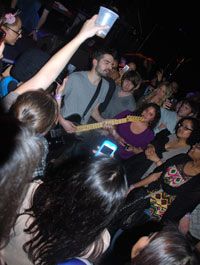 encore return of Still‘s “No Harm” stood with “Sides” as one of the best slow & sad songs, before an interesting ending to the 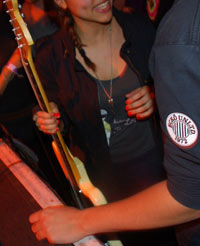 night with Still‘s “Locked In the Basement” and Union‘s “The Gospel of Goro Adachi” – Nicholson played to the more rocking nature of the crowd in the final song by jumping into the crowd, guitar in hand, and guitarist Todd Howe closed the song/night by handing his guitar to a fan (who didn’t quite know what to do with it, and roadie did ask for it back…). 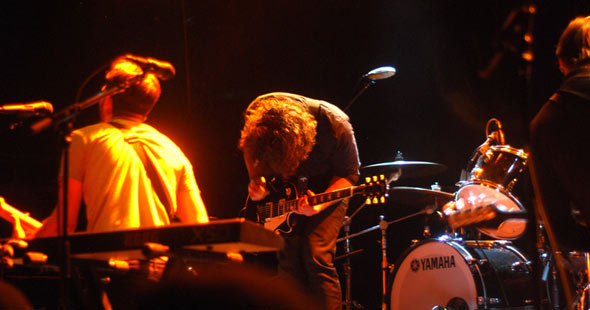 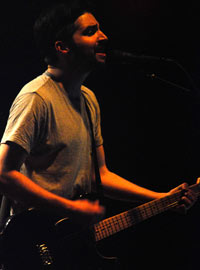 Things have always been kind of up-and-down for The Boxer Rebellion, from winning a slot at Glastonbury in 2003 to their label folding before it could release their record.  The digital self-release of Union made it to #4 in Great Britain – only to not be counted in the Billboard charts because there was no physical release (Billboard made it up to the band by having them at the ‘Billboard Bungalow’ last month in Austin for SXSW – QRO recap).  If Music Hall of Williamsburg wasn’t quite big enough for them, they’ll be playing bigger & bigger stages as they go along (they’d also played Bowery Ballroom – QRO venue review – two nights earlier, vs. playing the much smaller Mercury Lounge – QRO venue review – when in NYC touring Union…).  If the Brooklyn crowd wasn’t quite as emotive as they should have been, there will be no lack of emotional types in their future audiences.  The Boxer Rebellion have all the hard bits down pat. 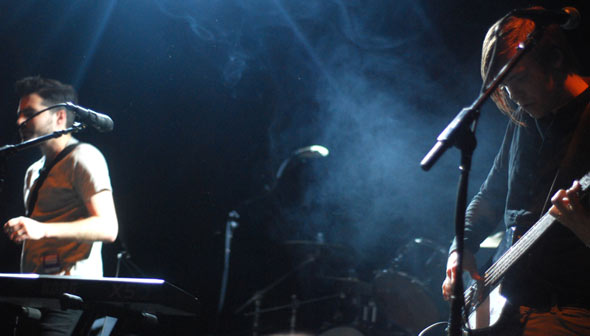