The Bravery : Stir the Blood

<span style="font-style: normal"><img src="http://www.qromag.com/wp-content/uploads/2009/12/thebraverystirtheblood.jpg" alt=" " />The Bravery's latest is not revelatory or particularly impressive, or even that ‘alt’, but still not a bad album.</span> ... 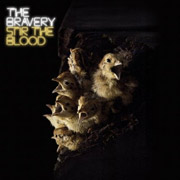 After the overnight success of alt-acts like The Strokes & Interpol (QRO album review) at the beginning of this decade, a number of bands appeared out of nowhere (usually New York or London) as made-for-the-majors alt-rock.  And while a lot of them have had staying power commercially (more or less), their quality quickly fell – often signed on the back of a single or two, their debut full-lengths didn’t have enough other meat on the bone, and by the time their second album was out, the backlash was in full swing.  Bands like Killers (QRO album review), Kaiser Chiefs (QRO album review), Bloc Party (QRO album review) – and The Bravery.  The Bravery seemed to get it especially hard, from the hipster-hate directed at singer/rhythm guitarist Sam Endicott to actually being considered less cool than The Killers, in their ill-advised public spat over each acts ska origins (it was just as stupid & ridiculous at the time as it sounds now…).  The Sun and The Moon, their 2007 follow-up to their 2005 self-titled debut, got mixed reviews at best – it was just so easy to not like The Bravery.  But it’s been a while now, and so many acts have risen & fallen in the interim, the disgust has dwindled for the band and their third release, Stir the Blood.  Not revelatory or particularly impressive, or even that ‘alt’, but still not a bad album.

Click here for photos of The Bravery at SXSW 2011 in Austin, TX in the QRO Concert Photo Gallery

Click here for photos of The Bravery at 2010 Musicfest in Clark, NJ in the QRO Concert Photo Gallery

Click here for photos of The Bravery at Terminal 5 in New York, NY on October 8th, 2009 in the QRO Concert Photo Gallery

Click here for photos of The Bravery at Webster Hall in New York, NY on August 26th, 2009 in the QRO Concert Photo Gallery

Much of the ire directed at The Bravery was focused on Endicott, and his attempts to plead like Morrissey (QRO live review).  That was amped up on The Sun and The Moon, while the band backed away from the pressure that had made The Bravery single "An Honest Mistake" their breakthrough.  The plead & press are more balanced on Stir the Blood, and the record rises & falls accordingly: the more pleading "Adored" or "I Am Your Skin" are distinctly inferior to the more pressing "Song For Jacob" or "Hatefuck".  Endicott’s persona is more balanced as well, not out-and-out like it originally was, but also not subsumed like it became.

But the most noticeable element of Stir the Blood is its heavy electro-synth bent, a synth-laden electro-rock out of the nineteen-eighties.  Not quite dance, not quite emo, not quite electronica, not quite driving – not quite special, but not quite bad, either.  The Bravery alter the script a bit on Blood‘s back half, with an unimpressive but not off-putting slow sway in "She’s So Bendable", "The Spectator", and closer "Sugar Pill"; better is the forward-moving "I Have Seen the Future", but even though that piece’s synth-pop rhythm march is memorable, the synth-drive of "Jack-O-Lantern Man" isn’t.

The Bravery were too easy to hate, from their sudden success (went from a residency at Arlene’s Grocery – QRO venue review – to worldwide tours), pleading nature, fashion trends, and lack of something more.  They’ll never get back to that brief moment when you loved "An Honest Mistake", but Stir the Blood at least relieves you of having to hate them.