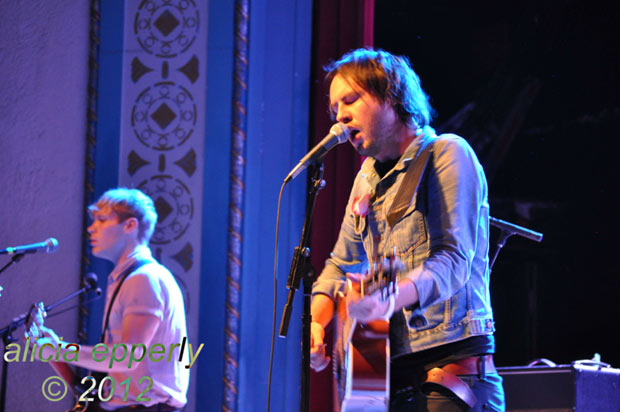 Click here for photos of The Chevin at O2 Academy in Leeds, U.K. on November 24th, 2011 in the QRO Concert Photo Gallery

The Chevin, from Leeds, England, played the second date of their first U.S. tour at Portland, OR’s Aladdin Theater on Thursday, October 4th.  They were the opening act for The Psychedelic Furs, and were touring behind their debut album, Borderland.  For a band whose debut was just released in the U.S. last week, they already had some fans familiar with their songs.

The band definitely has some characteristics of The Killers and lead vocalist/guitarist Coyle Girelli can go note-for-note with Muse’s Matt Bellamy, but in both instances without all the bombastic tendencies.  The Chevin have their songwriting down and they find a good balance between a heartfelt verse and a stadium chorus that still works in the clubs.  The band also includes three other highly talented members, Mat Steel (guitars/keyboards), Jon Langford (bass) and Mal Taylor (drums) who made the live set tight and energetic.  If not for The Furs having decades of playing and still sounding strong, The Chevin could have easily stole the show. 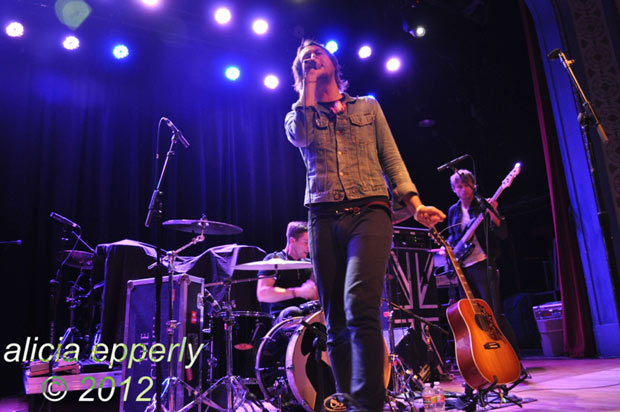 The pacing of their eight-song set should be noted by other young bands.  They came out with two great songs back-to-back ("Gospel", "Colours") before saying "hello" and sharing a bit about themselves.  This musically engaged the audience from the first note and made people stop chatting.  Next came "Dirty Little Secret" that kept everyone watching in amazement, and then they played the slow burning "Love Is Just a Game", which started with piano, then built to a nice crescendo.  "Beautiful World" was also mainly piano and allowed Girelli’s vocals to dance around the notes.  Then The Chevin pulled out their best trick as they wrapped up the night with three of their strongest cuts on Borderland.  "Blue Eyes" has a nice shuffling beat and "way-o’s" from Girelli which set the groundwork for their first single "Champion".  With any luck, "Champion" will be a future stadium shaker.  Again the soaring vocals of Girelli and the background vocals from Steel and Langford lift the song above mere mortal songs.  Sure it’s a fairly simple song, but it hits the mark straightaway.  "Drive" ended the night with its catchy chorus and a Killers-like bridge.  Those who came 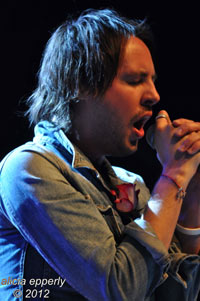 early for the Furs were still talking about The Chevin when the show was over.  Keep an eye on The Chevin for they are poised to become the next big arena act. 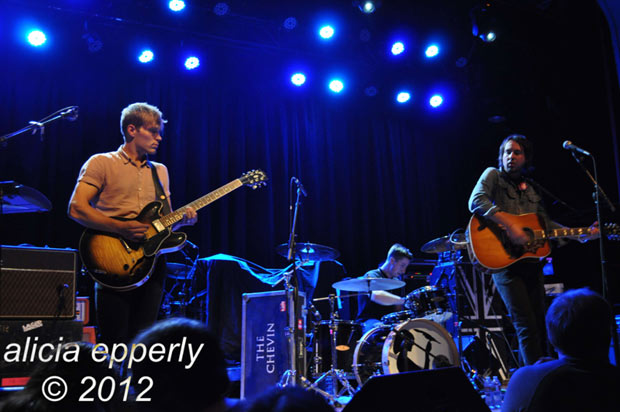