<img src="http://www.qromag.com/wp-content/uploads/2010/02/thecribsjan29.jpg" alt=" " />With success under their belt in their native U.K., The Cribs have brought their post-punk power pop Stateside. ... 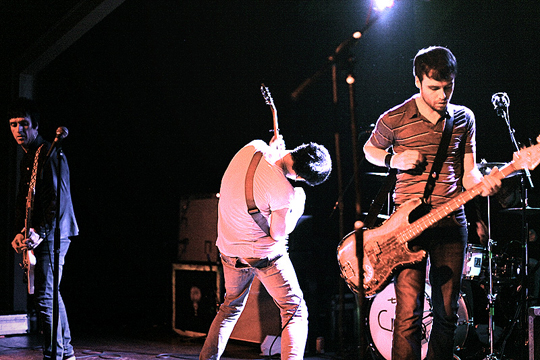 Johnny Marr has been quite content the last few years leaving The Smiths legacy in the past and releasing his creative juices with a variety of projects.  Most recently he has joined the trio of Jarman brothers and is now an official member of The Cribs.  With success under their belt in their native U.K., The Cribs have brought their post-punk power pop Stateside, to Wonder Ballroom in Portland, Oregon on Friday, January 29th. 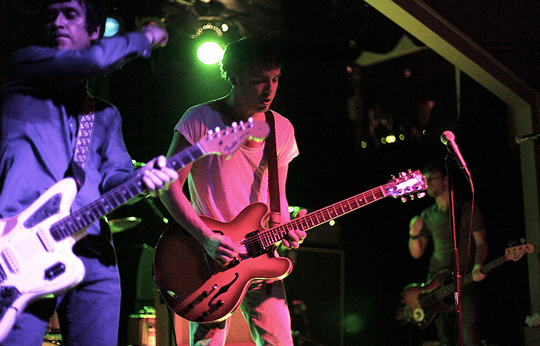 Evidently there must’ve been a few Smiths fans in the crowd, as the annoying Verizon text message TV screen flashed, “Morrisey, we love you!” (if they love him so much, you’d think they’d at least spell his name correctly! – QRO live review) prior to the start of the show.  Not to be outdone, there were still others in the crowd who could be heard saying, “the guitarist used to be in Modest Mouse” (QRO album review). 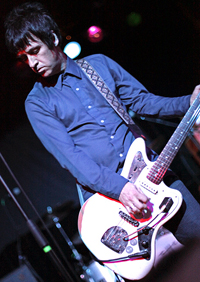 Lead singer Ryan Jarman thanked the crowd for coming and stated, “I thought it might be empty.”  Seeing as how half of the band (bassist Gary as well as Johnny) now call Portland home, he should’ve known that would be highly unlikely.  Although the Wonder Ballroom balcony was closed for this show, the band did fill 3/4 of the main floor. 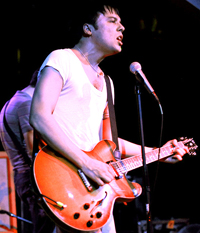 Nearly half of the 105-minute set was devoted to The Cribs latest album, Ignore the Ignorant (QRO review).  The remainder of the set focused predominately on their sophomore and junior albums, The New Fellas and Men’s Needs, Women’s Needs, Whatever (QRO review).  Ryan Jarman’s vocals sounded slightly bratty yet charmingly English at the same time.  The band was clearly comfortable playing together and delivered a solid performance.  They genuinely seemed to enjoy themselves, and not a single sibling rivalry antic occurred. 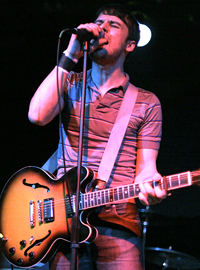 The band’s intensity increased as the night wore on and the crowd became fully engulfed in the band’s performance half way through the show.  The energy remained throughout the evening’s final note.  An encore wasn’t even necessary.  If The Cribs stick with what’s working for them, they’re sure to win over some new fans at their upcoming Coachella Festival appearance in April (QRO Festival Guide). 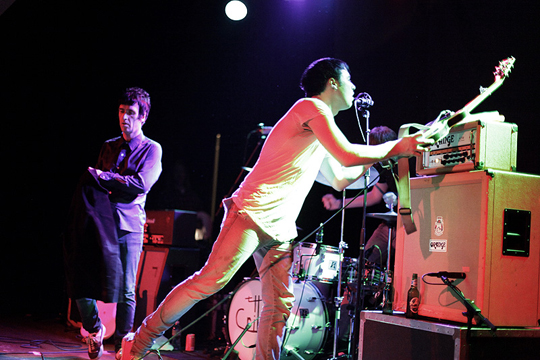