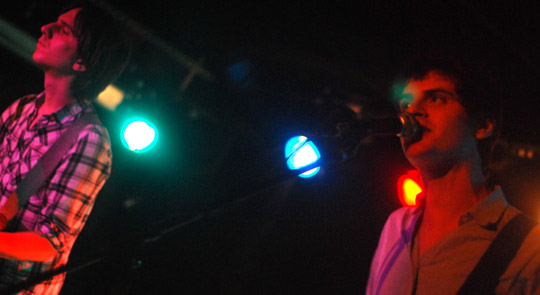 Click here for photos of The Dig at CMJ 2009, at Mercury Lounge, in the QRO Concert Photo Gallery

The Dig are ready to blow up.  The Brooklyn (where else?) four-piece seem to hit on all cylinders.  They’re fun and rousing, but do it with grit and bass, avoiding both the hyper-flame & the garage-fuzz of party-rock bands.  They’ve got skill and even blues, but don’t get lost in jam-wankery.  They’ve got a bass-driven sound, but take it in different directions, creating variety.  They’ve got live staples, as well as promising new material.  They’re even four good-looking guys, but good-looking in different ways, who bring their own friendly posse of admirers.  All that & more was on show at New York’s Mercury Lounge (QRO venue review) on Thursday, November 19th. 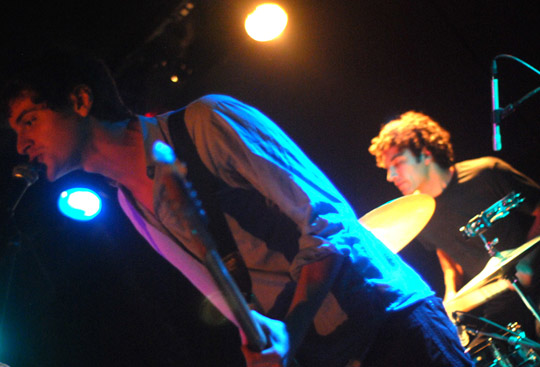 Click here for photos of The Dig, opening for White Rabbits at Maxwell’s in Hoboken, NJ on October 11th, 2009 in the QRO Concert Photo Gallery

The Dig are also young.  They just wrapped up some Midwestern dates with White Rabbits (QRO spotlight on) and The Walkmen (QRO live review), two older Brooklyn bands who would be career models for The Dig.  Both W’s started in gritty saloon, building attention & a fan base before growing into a more accomplished sound.  Only both acts have lost some of their old grit, and one hopes that The Dig never will, since they do it so well. 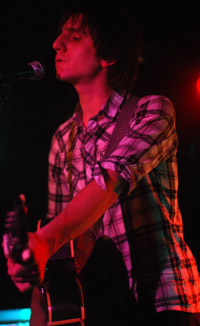 That grit isn’t world-weary, but an explosive blues on such numbers as their new, untitled opener at Mercury, 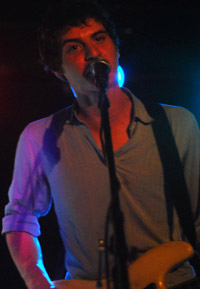 as well as the following “Two Sisters In Love”.  That’s another remarkable hallmark of The Dig: they’ve got songs which they’ve really road-tested into favorites, but also brand new material that can stand right there with the old.  Nowhere was this more evident at Mercury than in the later, back-to-back tracks “She’s Gonna Kill That Boy” and “Shadow”.  “She’s Gonna” is a long-standing, memorable number, a rocking & rollicking piece, but it didn’t overshadow “Shadow”, a fun, blues-y anthem. 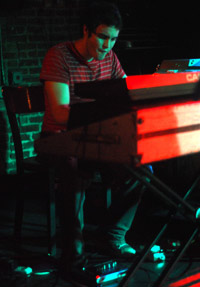 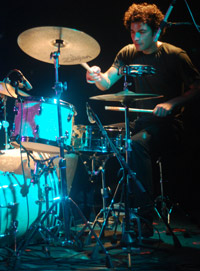 The Dig also don’t need to bombast to be successful.  Early piece “Ivan” was sunnier, but also catchier, while “Carry Me Home” built from a slower and sadder base.  And even their bigger songs can vary, from the up-rock anthem “He’s a Woman” before “Home”, to the dirt-grit clap-a-long “Talk To You” that closed out the night. 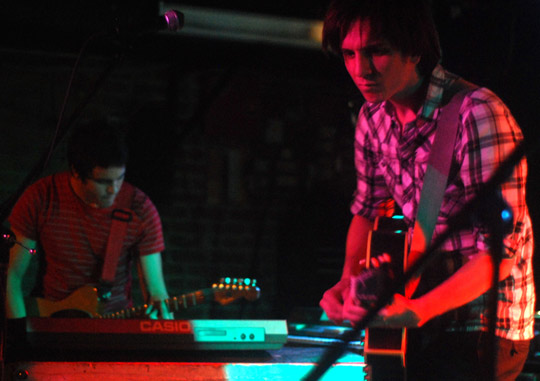 Obviously, The Dig still need some of the ‘mundane’ trappings of rock ‘n’ roll, like a label/distributor, and an album to be released & distributed.  Singer/bassist Emilio Monsaro could also use some better equipment – his bass strap came off at one point, and he had to swap out his cord.  But there’s every reason to believe The Dig will be Big. 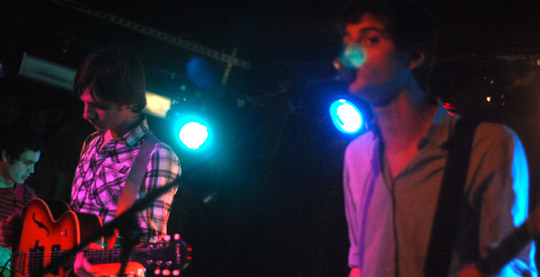