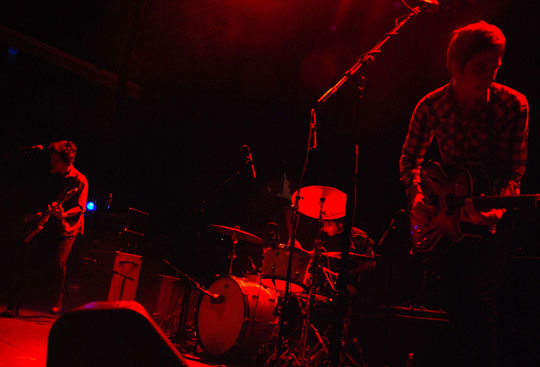 Click here for QRO’s review of The Dig at Mercury Lounge in New York, NY on November 19th, 2009

Click here for photos of The Dig at CMJ 2009, at Mercury Lounge, in the QRO Concert Photo Gallery

Click here for photos of The Dig, opening for White Rabbits at Maxwell’s in Hoboken, NJ on October 11th, 2009 in the QRO Concert Photo Gallery

In the acclaimed 2000 indie film The Tao of Steve, main character Dex (Donal Logue) has an effective seduction technique, dubbed ‘The Tao of Steve’ (named after Steve McQueen, Steve Austin from The Six Million Dollar Man, and Steve McGarrett on Hawaii Five-0):

That’s pretty much The Dig’s strategy as well, and it was showcased to great effect when they opened at New York’s massive Terminal 5 on Friday, February 19th.

The Dig have been doing a yeoman’s job these past few years, opening from The Subjects’ (QRO spotlight on) New Year’s Eve 2008 party (QRO photos) to more recently as first opener for White Rabbits (QRO spotlight on) at Maxwell’s (QRO venue review) in Hoboken, NJ last fall (QRO photos).  They’ve had every New York band’s requisite Mercury Lounge (QRO venue review) CMJ showcase (QRO coverage), and followed that up by headlining Mercury in November (QRO review).  They’ve more than earned their run of East Coast dates as first opener for Editors, but such gigs can be fraught with peril: the Anglo New Wave (some would say ‘80s retread) sound of the Editors (QRO album review) isn’t a perfect fit for The Dig’s gritty indie-rock, 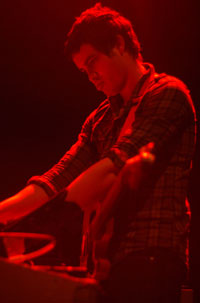 and main opener The Antlers (QRO live review) are a heavily buzzed-about art-rock band, with a record, Hospice, that was put on a lot of ‘Best of 2009’ lists (QRO Top 60 Albums of 2009), and they were just slotted to open for the couldn’t-be-bigger National (QRO live review, right after inaugurating Terminal 5).  And these dates with the Editors have been in giant places like Terminal 5 (QRO venue review), with early starts, tight schedules, and all ages crowds.

But The Dig more than made it work.  After the laid-back rollick of the opener to slide the audience in, the bass-grit “Two Sisters In Love” made an early memory burn on the crowd.  The two strains merged with older song “Penitentiary” & newer “Carry Me Home”.  And 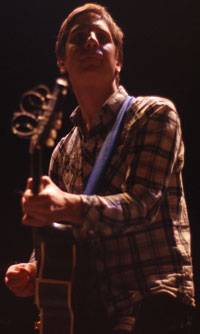 while the audience hadn’t been that thick at the start of their set (which thankfully didn’t start too early), there was a healthy crowd by The 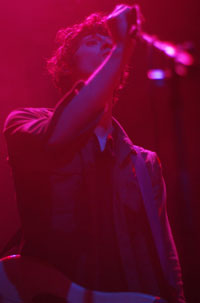 Dig’s awesome “She’s Gonna Kill That Boy”; a healthy crowd that was healthily into it.

If only the boys had been able to play longer.  The Dig followed up “Kill” with a bit more loss, a bit darker; the band isn’t quite there yet, but the piece is definite growth.  Unfortunately, just after singer/bassist Emile Mosseri announced they were about to play their last song, Terminal 5 staff told the band they’d reached their time limit.  What was that last song going to be (hoping it was the great new “Shadow” – QRO video)? 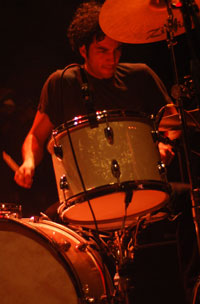 Whatever it would have been, the band certainly left the audience wanting more, as audible ‘awws’ could be heard from the audience – a rare feat indeed for a first opener.

After their dates with Editors & Antlers, The Dig head to Fargo, North Dakota (?) to start a Great Plains-to-Confederacy-to-Atlantic Seaboard-to-Midwest-to-Rockies U.S. run with Portugal. The Man (QRO album review) and Port O’Brien (the ‘any Port in a storm’ tour…), including stops at north Florida’s Harvest of Hope Festival (QRO preview) and New York’s own Highline Ballroom (QRO venue review) on in exactly a month for the Terminal 5 date (QRO concert listing).  Much more importantly, April sees the release of the band’s full-length debut, Electric Toys.  The Dig may continue to “be excellent”, but hopefully won’t “be gone”. 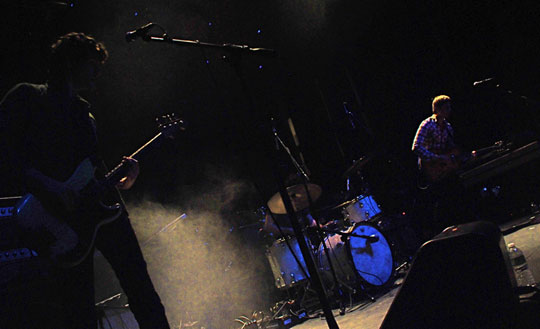 We Are Wolves : Invisible Violence

Basia Bulat : Heart of My Own