<img src="http://www.qromag.com/wp-content/uploads/2010/10/theenglishbeatsep12.jpg" alt=" " />Dave Wakeling brought his version of The English Beat to The Wonder Ballroom in Portland. ... 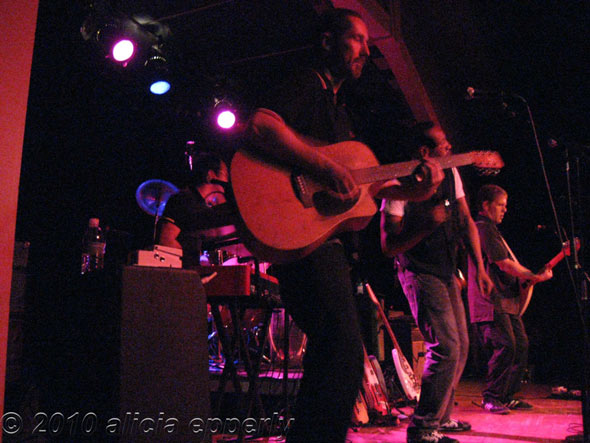 Click here for photos of The English Beat at The Center for the Arts in Natick, MA on July 18th, 2013 in the QRO Concert Photo Gallery

Click here for photos of The English Beat at Bell House in Brooklyn, NY on January 31st, 2013 in the QRO Concert Photo Gallery

Dave Wakeling brought his version of The English Beat to The Wonder Ballroom in Portland, OR on Sunday, September 12th.  Since about 2005, Wakeling has been fronting the U.S. version of The English Beat with him being the only original member, while originals Ranking Roger and Everett Morton tour the U.K. version.  So there are two bands out there playing The Beat’s catalog, but this U.S. version at least retains the original lead vocalist.  It was an energetic show with The English Beat as a six-member band, yet in some ways, it did feel as if it was a cover band.  Though toaster Antonee First Class was great, it was hard not to miss Ranking Roger.  Saying all that is not to take away from the show at all.  The band is pros and Wakeling is a great frontman, whose charm and voice make it a great experience.  Besides playing Beat songs, the band also played one of the hits Wakeling had in the post-Beat band General Public.

“Rough Rider” got the night off to a bit slow start but things kicked in with song two, “Tears of a Clown”.  The crowd really got going for the back-to-back hits of “Best Friend” and “Twist and Crawl”, and the songs proved they have aged extremely well.  Then again, does ska really age much?  Wakeling dedicated “I Can’t Get Used To Losing You” to his liver and it turned into a sing-along with people hoisting their drinks in the air.  “Click Click” still retains its sense of urgency and keyboardist Raynier Jacildo played a fierce part.  “Save It for Later” was stretched out into a seven-and-a-half-minute jam featuring Matt Morrish on saxophone.  The rhythm was held down by Wayne Lothian (bass) and Rhythmm Epkins (drums).

Near the end of the night the band played “Tenderness” from Wakeling’s General Public days and it was well received.  To hear the band sing “my name is ranking full stop” (from “Ranking Full Stop”) without Ranking Roger seemed odd, but they segued straight into an a blistering version “Mirror In the Bathroom” that had everyone cheering.  The concert is basically a greatest hits show as they draw from essentially five albums (three from The Beat, two from General Public).  In fact, they nearly played the entirely of The Beat’s 1980 debut, I Just Can’t Stop It.  It does feel a bit like a band backing Wakeling, but if you can get past that, it’s pure fun. 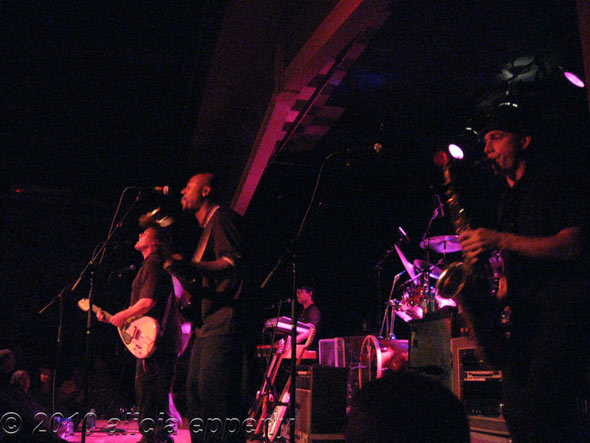