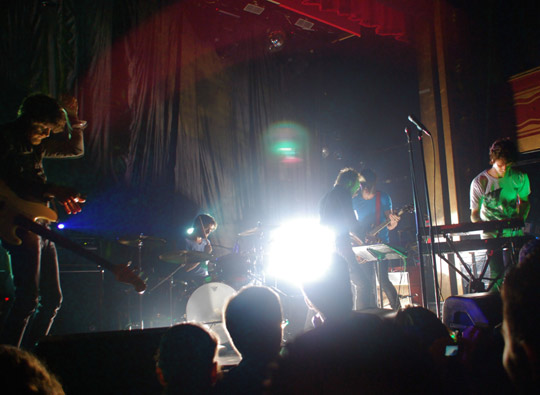 Click here for photos of The Faint at 2015 Billboard Hot 100 Festival in Wantagh, NY in the QRO Concert Photo Gallery

Click here for photos of The Faint at Music Hall of Williamsburg in Brooklyn, NY on May 14th, 2014 in the QRO Concert Photo Gallery

Click here for photos of The Faint at 2012 FYF Fest in Los Angeles, CA in the QRO Concert Photo Gallery

Click here for photos of The Faint at Terminal 5 in New York, NY on August 18th, 2008 in the QRO Concert Photo Gallery

Electronic music has never caught on America they way it has over in Europe.  From the ill-fated ‘Summer of Electronica’ in 1997 where Prodigy and Chemical Brothers were supposed to break the sound in the States, to the similarly short-lived electroclash upswing of 2003, electro-dance has never stormed the charts in the New World like it does in the Old.  Even when electronica does get big, it’s more the sweeter, softer sounds, like surprise hit Postal Service.  Maybe it’s because electronica is less dependent on lyrics, a boon in multilingual Europe, but not so much in monoglot America; maybe it’s due to that homegrown hip-hop holds sway on the dance floor (and white folks more aware that they can’t dance); maybe it’s just that Americans are inherently suspicious of and/or demeaning to something that’s blown up in Europe and not in the U.S. (like soccer).  Whatever the reason, the electronic scene in America has long depended on imports, and native acts find their talents more appreciated overseas. 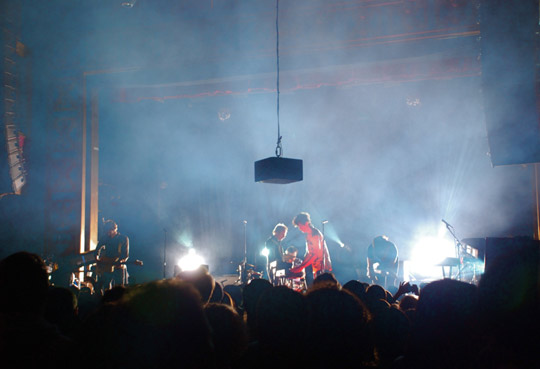 Yet you wouldn’t know that, judging by the reception electro-vets The Faint received when they played New York’s Webster Hall on Friday, April 10th.  Proclaiming this the “ninth time we’ve played Webster Hall – one more and we have the record” (and they were playing the next night, too…), the band hit up songs from nearly their entire repertoire, from 1999’s Blank-Wave Arcade to last year’s Fasciination (QRO review), though they did eschew 1998 debut Media and only played two songs from Blank-Wave, versus five from the next three records.  The audience was certainly primed for crowd favorites like Blank-Wave’s “Call Call”, electroclash-era “Birth” (from 2004’s semi-titular Wet From Birth), and especially “Take Me To the Hospital”, their original contribution to (now ex-) label Saddlecreek’s fiftieth release compilation.  New songs were well-received as well, like Fasciination’s “Get Seduced”, “Machine In the Ghost”, and especially “Psycho” & “The Geeks Were Right”.  The Faint did weaken a bit towards their end, not putting in the energy that pieces like Birth’s “Southern Belles In London Sing” or Blank-Wave’s “Worked Up So Sexual” demanded – but “Geeks” and Birth’s “Paranoiattack” helped right the ship. 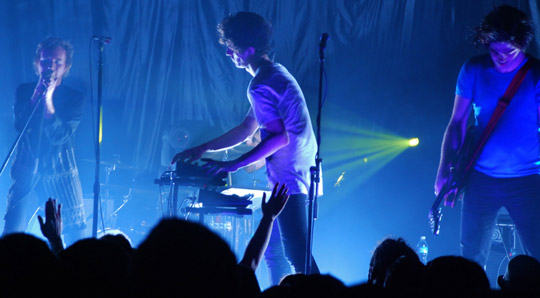 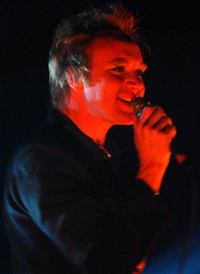 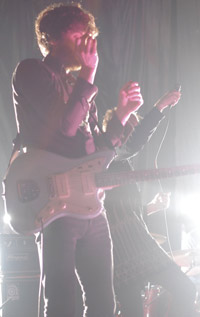 The Faint also brought an impressive light show – something certainly to be expected from a band in the light show-heavy electronic genre, and especially at the dance-club-like Webster Hall (QRO venue review), but still…  Singer/frontman Todd Fink (husband of Orenda Fink of O+S – QRO album review) was a maniacal yet jovial presence, like The Joker on a good day, but not to be overlooked was the rest of the band, who provided enthusiasm and even their own dancing.  On a co-headlining tour with fellow longer-lived electronic-Americans Ladytron, The Faint played first on Friday night, then Ladytron, with the order reversed on Saturday, and the latter arrangement is really the better one, as Ladytron’s more relaxed feel (and less interesting light show – QRO photos) was totally overshadowed by The Faint (the most interesting thing during Ladytron’s set was one heavily drunk fan trying to out-run security while in the middle of the packed crowd of dancers, bringing himself and many others, both fan and security, down.  He was eventually carried off by a phalanx of black-suited security guards, each one grabbing a limb as the drunk struggled in vain).  The Faint may hail from the heart of un-conductive America (Omaha, of all places…), but they seem to have found an audience to plug into. 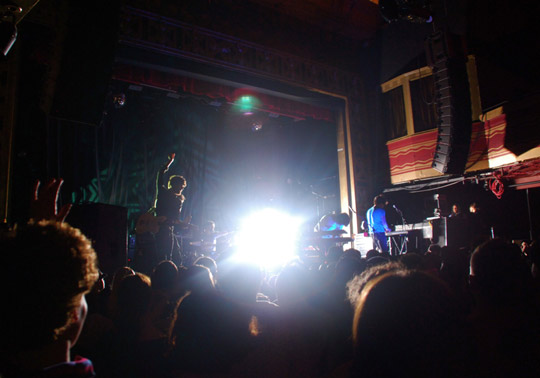