The Felice Brothers : Yonder Is the Clock

<img src="http://www.qromag.com/wp-content/uploads/2009/04/thefelicebrothersyonder.jpg" alt=" " />The Felice Brothers are establishing themselves as the go-to band in roots Americana rock. ... 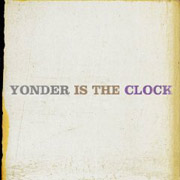 The Catskill’s Felice Brothers have seriously blown up in the past few years, as their roots-y, Americana, old-timey rock has tapped into a vein across the country (sort of akin to the same wide audience for the Jersey Shore’s Bruce Springsteen – QRO album review).  In two and a half years, they’ve gone from playing for tips at the small, coffee house-like Living Room (QRO live review) – and before that, on the street – to headlining the big-time Webster Hall (QRO photos) in New York.  They’ve also been pretty prolific, putting out five records in four years, now with Yonder Is the Clock, in which they establish their sound even more.

The follow-up to last year’s breakthrough self-titled LP (QRO review), Yonder is in same style, mixing old-timey revival romp tracks with sad, stripped, Dylan-esque workingman’s heartbreak.  The former perhaps stand out a bit more than the latter on Yonder, with tracks like “Penn Station” (that’s for when they play Madison Square Garden – QRO venue review…), “Chicken Wire”, “Run Chicken Run”, and “Memphis Flu” ensuring a stomp, but the sadness is still there in pieces like “Ambulance Man”, “All When We Were Young”, “Cooperstown”, and “Rise and Shine”.  If anything, The Felice Brothers are a bit too prolific, as songs like “Penn Station”, “Run Chicken Run”, or “All When We Were Young” threaten to overshadow other tracks in their similar style.

Though pretty close to The Felice Brothers, Yonder does have some dashes of newness.  Opener “The Big Surprise” is stripped, but weary and low-key as opposed to sad, and is inflected with just the right loud moments and build.  Bob Dylan-like vocals are replaced with Tom Waits-ish rasp on “Sailor Song”, and there’s some sway to “Buried In Ice” and “Boy From Lawrence County”.  Having both their revival parties and soul-crushing sadness down pat, The Felice Brothers have a chance to build more and more.