'Battle Born' is not a bad record at all, a certain grower to say the least, just a little too familiar perhaps. ... 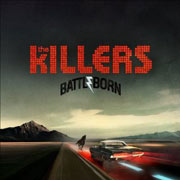 After going on a year and a half long hiatus in order to pursue solo projects, The Killers returned into the limelight much to the fans delight with their fourth studio album; released on September 17, 2012. With the given name of Battle Born, the album seems to follow in the footsteps of its predecessor in terms of the stylisation of the music and the themes that are portrayed through the lyrics themselves. Filled with ballads, bleak themes and heartfelt lyrics, The Killers are still deep set in their indie roots and the question stands: have they managed to create anything substantial, anything radically different from their previous albums? The immediate answer seems to be that of the negative variety, however that is not to say that this band hasn’t created some good tracks within this album, even if they are in similar vein to their previous records.

There’s no doubt about it that these guys have talent when it comes to their music, this can be clearly seen throughout the album in its entirety.  But both “Flesh and Bone” and “Runaways” seem to showcase this more so.  These are great tracks to the start of their album, with “Flesh and Bone” resonating a clear link with the album that was released prior to Battle Born, Day and Age, in which they released the single “Human”, as both tracks are linked to the old age question of our origin; how we are made; what we’re made of and our purpose on this earth. In the midst of their UK tour in Glasgow, the tracks off their Battle Born record were seen to “aimlessly wash over an audience intent on singing along wildly” to some of their previous hits such as “Human” and “Mr. Brightside”. Which is a shame as Battle Born is not a bad record at all, a certain grower to say the least, just a little too familiar perhaps.