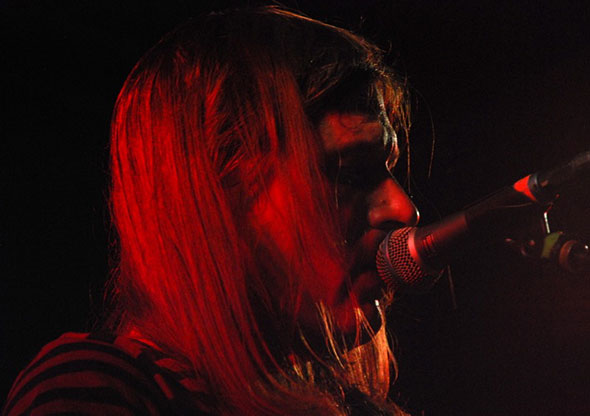 If you’re of a certain age and a fan of a certain style of music, The Lemonheads will be forever frozen in the amber of frontman Evan Dando’s long hair, covering Paul Simon “Mrs. Robinson” at the end of 1992 breakthrough, It’s a Shame About Ray.  Never mind that that was twenty years ago (hey, so was Nevermind…), that Dando’s been to hell & back, broken & reformed The Lemonheads, or that “Mrs. Robinson” was tacked on to the end of the album, supposedly against the band’s wishes.  Evan Dando & his Lemonheads played a warm-up gig before touring Ray at Brooklyn’s Knitting Factory (QRO venue review) on Wednesday, January 11th, where they did the album and much, much more.

This isn’t the first time Dando has done a tour of It’s a Shame About Ray.  In 2008 he did it for the Rhino anniversary re-release of the album, hitting New York’s Bowery Ballroom (QRO live review).  And The Lemonheads played it twice at Bowery (QRO venue review) last year – or at least were supposed to; Dando was sick or something the first night and seemed unable to get through the record, but recovered for the second.  There is something a little sad about an artist playing their long ago, best known, they’re-never-going-to-be-that-big-or-good-again record, but Dando was able to make the show into something much bigger – and longer. 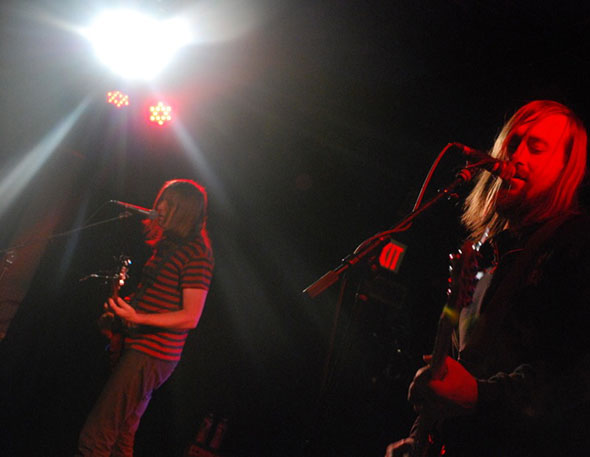 Click here for photos of The Lemonheads at DCR Hatch Shell in Boston, MA on May 30th, 2009 in the QRO Concert Photo Gallery

Click here for QRO’s review of The Lemonheads, playing It’s a Shame About Ray live at Bowery Ballroom in New York, NY on May 30th, 2008

Of course, It’s a Shame About Ray is only about thirty minutes long – and Dando doesn’t playing “Mrs. Robinson”.  So he didn’t start with Ray – or even with a full band.  Instead, a packed Knitting Factory (the show sold-out) saw Dando alone on stage playing post-Ray songs from albums such as 1993’s follow-up Come On Feel The Lemonheads, 1996’s Car Button Cloth (the final before retiring the LH moniker), and 2003’s solo Baby I’m Bored.  Not that these were unfamiliar songs – the crowd sang along to opener “Being Around” (Come On), “The Outdoor Type” (CBC), and more.  Those self-deprecating, slightly alt-country tracks are easy to love – who hasn’t “lied about being the outdoor type”?

Still, you came to Knitting expecting Ray, and The Lemonheads didn’t shirk from it.  Dando invited the rest of his band – drummer Chuck Treece and bassist Fred Mascherino – and started right in with Ray opener “Rockin’ Stroll”.  This was a self-declared “warm-up gig” for the Ray tour (which even returns to NYC area for two nights in March at Maxwell’s – QRO venue review – see below), and there were some technical issues.  The roadie seemed to be constantly running to fix something with the drum set, and Dando’s vocals seemed somewhat lost under rough guitars for the first half for pieces like “Stroll” and the title track.  Dando even at one point got confused and forgot the set list – i.e. the track listing that hasn’t changed in twenty years.  But instead of getting upset, he was remarkably relaxed about everything, even poking fun at his own two-decade-old work at points – quick-mumbling Juliana Hatfield’s (QRO interview) original opening cry to “Bit Part”, “I just want a bit part in your life… I just want a bit part in your life.”  And he stopped midway through Ray would-have-been-and-is-again closer “Frank Mills” to correct the lyrics, “I met a boy called Frank Mills / On September 12th right here / In front of the Waverly” – “Wait, now it’s the IFC,” a pretty impressive geographic memory considering, “But unfortunately / I lost his address”… 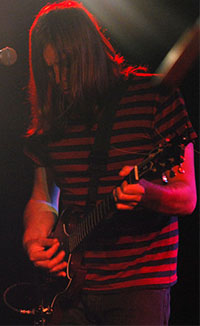 But Dando wasn’t done – not by half.  After finishing Ray, he proceeded to play countless pieces from his songbook, including numerous covers – his regular live covers, as opposed to the pieces on his last LP, cover-album VARSHONS (QRO review).  The original tracks were mostly from Come On Feel and Car Button Cloth, including great “Down About It” and “If I Could Talk I’d Tell You”; covers included Flamin’ Grooves’ “You Tore Me Down”, Lucinda Williams’ “Like a Rose”, Big Star’s “Nighttime”, and Gram Parsons’ “$1000 Wedding”, which closed the evening.  Dando went from solo to band and back again, and even did a Blake Babies piece (his pre-Lemonheads group with Hatfield), “Better ‘n You”.

The crowd was a super friendly one, and didn’t thin much despite the two-hour performance that ended well after midnight (on a school night – the fans were admittedly older than your usual hipster Williamsburg audience).  By the second half of the set, after Ray, they were shouting out requests, as well as providing Dando with shots of tequila – which he warmly accepted.  Evan Dando is known as something of a hard-to-reach musician [note: QRO has been trying for years to interview him, with no success…], but seemed particularly friendly himself that night, hanging around the hallway at Knitting before he went on (thanking the woman in the box office at the door), and coming out to greet the crowd after his set was over.

Maybe Evan Dando & The Lemonheads don’t need to tour It’s a Shame About Ray again.  But it’s a great way to get you out to Feel the whole show.

It’s a Shame About Ray tour