The Mountain Goats : All Eternals Deck

<img src="http://www.qromag.com/wp-content/uploads/2011/05/themountaingoatsalletern.jpg" alt="The Mountain Goats : All Eternals Deck" />John Darnielle is talented enough that one can't help but wish that he would do more. ... 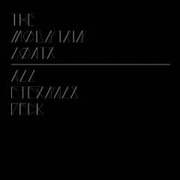 John Darnielle, a.k.a. The Mountain Goats, is entering his third decade, but in this century/millennium, he hasn’t changed all that much, sticking to literate haunting alt-folk in sometimes conceptual albums.  2008’s Heretic Pride (QRO review) moved into a grander sound, but the following year’s The Life of the World To Come (QRO review) returned to a more stripped sound (albeit with all the songs based on/named after Biblical passages).  Despite leaving longtime label 4AD for Merge, latest All Eternals Deck is the same Mountain Goats (minus the Bible…), for good or ill.

Click here for photos of John Darnielle at 180 Varick in New York, NY on January 16th, 2013 in the QRO Concert Photo Gallery

Click here for photos of The Mountain Goats at Antone’s in Austin, TX on January 19th, 2012 in the QRO Concert Photo Gallery

Click here for photos of The Mountain Goats at 2011 Osheaga Music Festival in Montreal, PQ, Canada in the QRO Concert Photo Gallery

Click here for QRO’s review of The Mountain Goats at Wonder Ballroom in Portland, OR on November 11th, 2009

Darnielle has always been strongest when he’s at his boldest, and that’s definitely true on Deck.  The best pieces are where he’s boldest and most pressing, like opener “Damn These Vampires” and early piece “Estate Sale Sign”.  But in between those two is the not-as-bold acoustic “Birth of Serpents”, and later numbers “Prowl Great Cain” and “Never Quite Free” are more “Serpents” than “Vampires”.

Other than the decent-at-best strings-led songs “Age of Kings” and “Outdoor Scorpion Squadron”, the other side to Darnielle is a darker and even more stripped one on Deck – and like the (relatively) bigger pieces, that side varies in effectiveness and interest.  “The Autopsy Garland” works in its chill, but the following “Beautiful Gas Mask” feels run-of-the-mill Mountain Goats.  “Soudoire Valley Song” is stripped to just sweetness, and not a compelling one at that, but late numbers “For Charles Bronson” and “Liza Forever Minnelli” are perhaps the most interesting pieces on All Eternals (and certainly two of the most interesting choices for celebrity song titles…).

At this point in his career, John Darnielle isn’t going to reinvent his sound, and there are plenty of reasons for him not to.  He’s got a strong stable of loyal fans (helped by his great personality live – QRO live review), even if that stable is never going to grow that much.  And he’s talented enough that one can’t help but wish that he would do more.

Daniel Knox – “Evryman For Himself”