<img src="http://www.qromag.com/wp-content/uploads/2012/06/mysteryjetsjun11.jpg" alt="The Mystery Jets : Live" /><br /> Four albums in, Mystery Jets have never quite taken off in America, but that shouldn't stop them from still trying.... 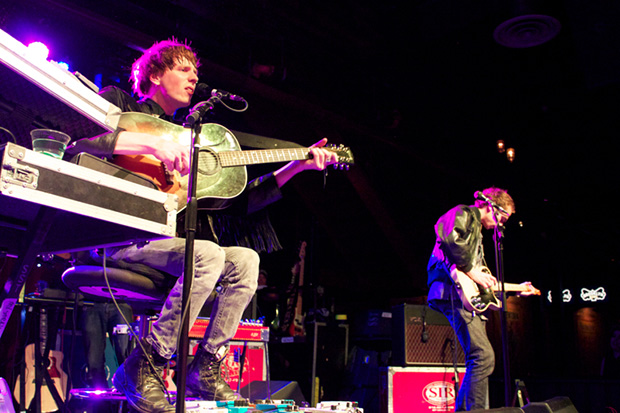 Click here for photos of The Mystery Jets at 2012 Truck Festival in Steventon, U.K. in the QRO Concert Photo Gallery

Click here for QRO’s review of The Mystery Jets at Brudenell Social Club in Leeds, U.K. on March 28th, 2012

Click here for photos of The Mystery Jets at 2011 Bingley Music Live in Bradford, U.K. in the QRO Concert Photo Gallery

Four albums in, Mystery Jets have never quite taken off in America, but that shouldn’t stop them from still trying.  The Brits hit Brooklyn Bowl (QRO venue review) with Grand Resort (QRO photos) on Monday, June 11th, in support of their latest, Radlands (QRO review).

The band’s mellowed out with age, adopting a more alt-country tinged sound that’s evident on Radlands tracks like "Lost In Austin".  Early favorites like "You Can’t Fool Me Dennis" and "Zoo Time" were notably absent from the set.  It’s clear that their ambitions have grown, from the upwards-reaching Radlands opener "Someone Purer" to an ode to music 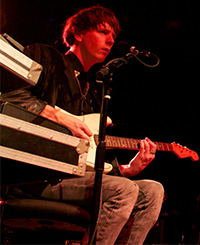 Frontman Blaine Harrison was forced to be seated by an injury, making the band’s presence perhaps a little less energetic than it ordinarily would have been.  Still, the loosely packed crowd was more attentive than your average New York audience, and maybe there’ll be better luck the next time around. 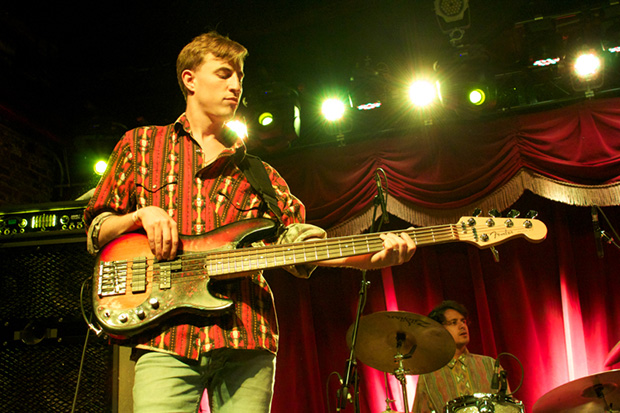