The Naked and Famous

<img src="http://www.qromag.com/wp-content/uploads/2012/04/thenakedandfamousapr23.jpg" alt="The Naked and Famous : Live" />The Naked Famous, with only one full-length, packed out one of Portland's largest and most popular venues, The Crystal Ballroom.<span>... 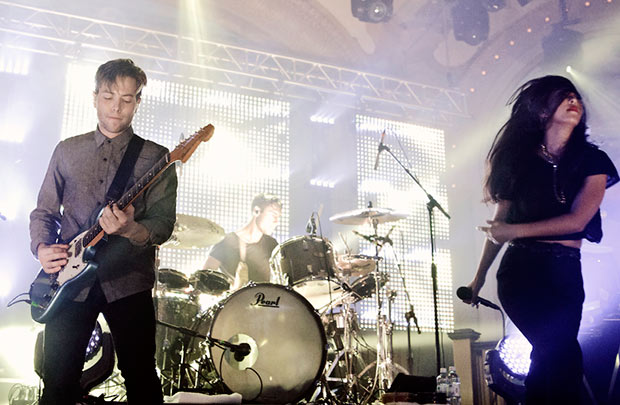 Click here for photos of The Naked and Famous at Roundhouse in London, U.K. on November 10th, 2011 in the QRO Concert Photo Gallery

Click here for photos of The Naked and Famous at Central Park SummerStage in New York, NY on August 7th, 2011 in the QRO Concert Photo Gallery

The Naked and Famous have only been around since 2008 and only have released only one full-length studio album; so that they are already doing a headlining tour is quite the accomplishment.  Not to mention, they packed out one of Portland’s largest and most popular venues, The Crystal Ballroom.

“This floor shakes, but I promise you guys are safe,” lead singer Alisa Zayalith bellowed in a thick New Zealand accent on Monday April 23rd to the large crowd.  Set on the third floor of an old corner building in downtown Portland, The Crystal Ballroom is known for it’s bouncy floor.  It really does feel like it will cave in at times.  From the first note of their opening song “All of This” all the way through the end of their set, this five-member New Zealand band brought their absolute best, and the floor was bouncing the entire time. 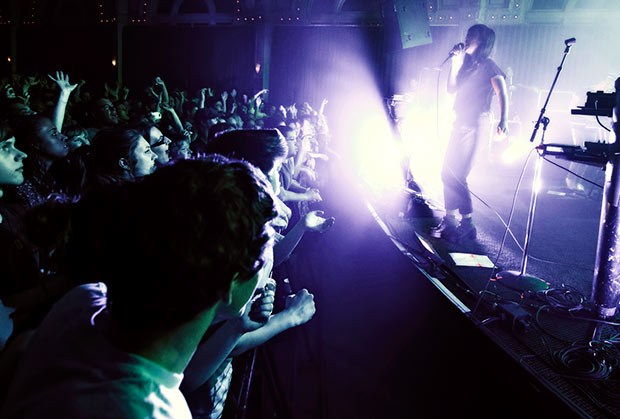 Click here for photos of The Naked and Famous at Music Box in Los Angeles, CA on August 2nd, 2011 in the QRO Concert Photo Gallery

Click here for photos of The Naked and Famous at Terminal 5 in New York, NY on May 4th, 2011 in the QRO Concert Photo Gallery

Click here for photos of The Naked and Famous at Metro in Chicago, IL on April 26th, 2011 in the QRO Concert Photo Gallery

When they took the stage, within thirty seconds audience members could tell they were in for a treat.  The group took full advantage of the live setting and gave attendees goodies here and there by not allowing much space between songs and most times leading right from one song into the next.  The first three songs of their set were the catchiest and best from their album Passive Me, Aggressive You: “All of This”, “Punching In a Dream”, and “Spank”, the latter of which was one of the most well-executed live performances of a mostly electronic song that I have ever seen.

The crowd was also treated to performances of the songs “Serenade”, “Dadada”, and “Bells” from the band’s pair of 2008 EPs, This Machine and No Light.

They closed out the night with a three-song encore consisting of “Dadada”, “Serenade”, and their massive hit, “Young Blood”.  It made for quite the fitting ending to the evening’s events. 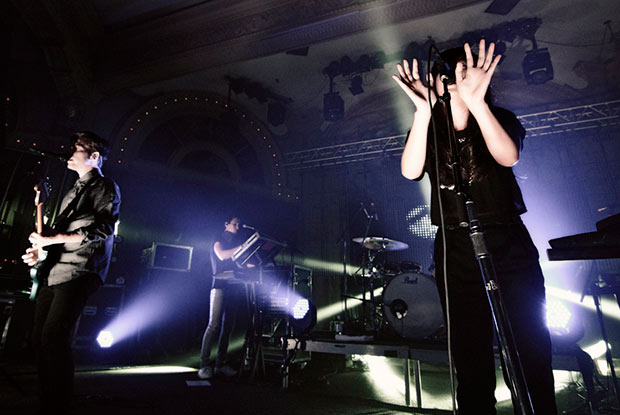 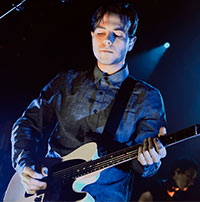 The Naked and Famous are surrounded by this mysterious yet inviting aura reminiscent of a John Hughes movie.  The main thing that makes them great is their catchy and hard-hitting appeal.  Rarely does a band come along that is so beautifully melodic yet so distorted and pummeling.  Credit goes to all five members, but especially the aforementioned Zayalith along with Thom Powers who both share the majority of the vocal duties.  There is definitely something to be said for female lead singers and Zayalith’s beauty both outward and in her voice give The Naked and Famous a particular edge over most other acts both live and in the studio.  They are definitely giving themselves a challenge being able to top this sound and energy for the next go-around. 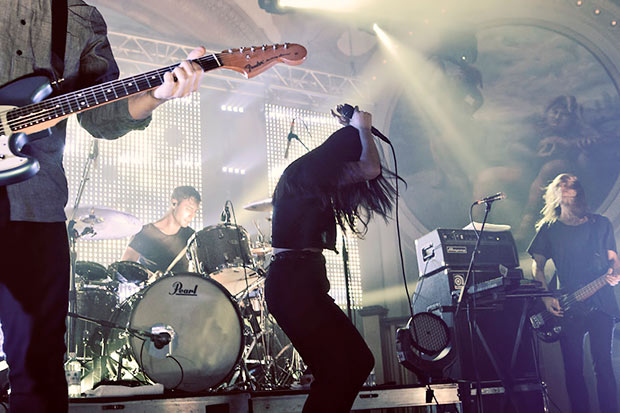