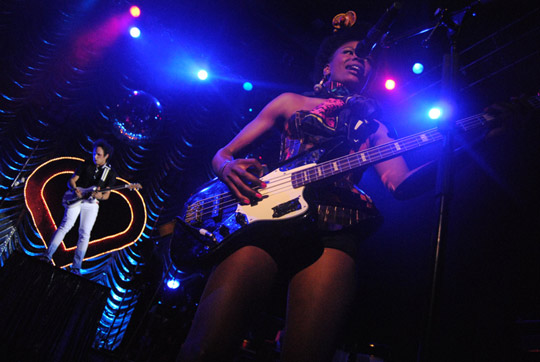 The year 2009 was an extreme breakout year for many fine female orientated artists – La Roux, Florence & The Machine and so many more, opening a great new awareness in the market for the finer form.  However, although they may be experiencing their first steps in to mainstream success (after only forming in 2003), there is one band which clearly stands at the forefront of awesomeness in so many ways – The Noisettes. 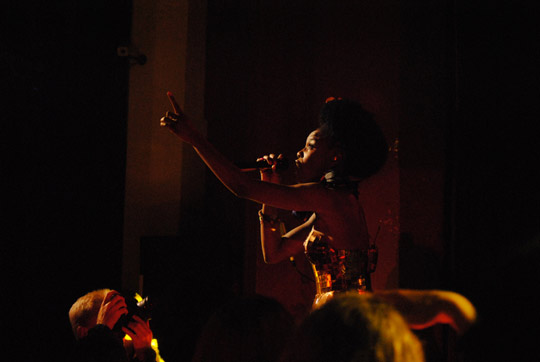 Click here for photos of The Noisettes at 2012 Sheftival in Sheffield, U.K. in the QRO Concert Photo Gallery

Click here for photos of The Noisettes at 2007 Siren Music Festival on Coney Island in Brooklyn, NY in the QRO Concert Photo Gallery

The first of two sold out shows at London’s 02 Shepherds Bush Empire on Monday, October 26th, The Noisettes clearly warned that the audience were in for a good time, and they couldn’t be more right.  Bursting into their biggest hit so far, "Don’t Upset the Rhythm", this three piece rocked the crowd with a real energy, which the crowd worked with front-lady and bassist Singai Soniwa.  Barefoot and dressed in something not far off a dazzling basque made from golden scales, and a quiff to challenge any real pop star, Soniwa worked the crowd with real creativity and passion, yet hitting every single note, absolutely pitch perfect with an admirable ease.  Karen O (QRO album review), watch out. 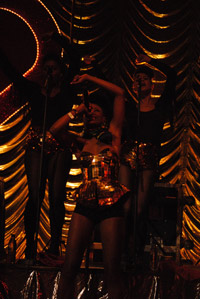 Soniwa did not only impress through an 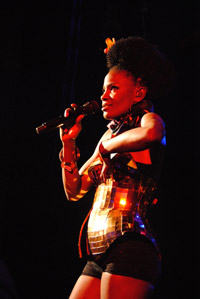 immaculate rendition of major hits with great fortitude, but was joined throughout the show by a string section, keyboardist and two passionately animated ‘backing’ singers, who were too well versed in the art of stage presence and note perfection.  And even if one is not familiar with the catalogue of The Noisettes, each song, album track, single or even cover, is cultivated with an energy and animation that alone provides so much. 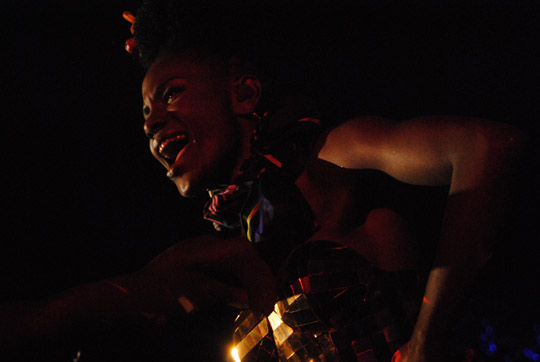 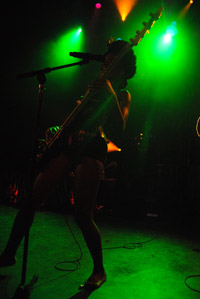 Soniwa’s effortless soulful voice with absolute versatility was shown by boasting the hits such as "Never Forget You" as well as covers of The Killers (QRO album review), "When We Were Young", far surpassing the dull standards of a bulk so-called ‘Killers classic’, and "Children of the Revolution" to close the first part of the show.  The close was majestic, electrifying and left the crowd eager for more, with Soniwa’s flawless performance causing goosebumps all ‘round.  Covering pop classics with a generous twist of brilliance and innovation, yet having a range of original material has shown the real talent of this excellent breakout.  With elements of modernity resembling pop stars such as Lily Allen as well as raw and essential elements of rhythm soul, there lies so much potential on the live and recording plains for this British band.

After climbing onto the shoulders of someone unsuspecting, Soniwa came into the crowd during the T-Rex classic leaving the crowd stunned yet again at her utter boldness and shining presence amongst others.  Even after the three-song encore, the crowd was left wide-eyed and open-mouthed.  If this is anything to go by, The Noisettes are going to be truly monumental for a long time, and deservingly so. 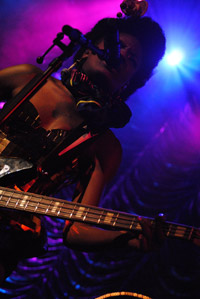 Scratch Your Name
Every Now and Then
Sister Rosetta 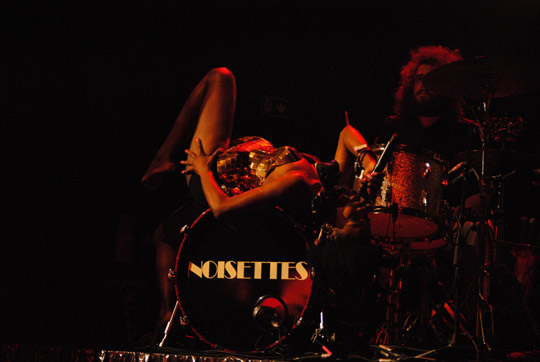