<img src="https://www.qromag.com/wp-content/uploads/2009/07/thephenomenalhandclapband.jpg" alt=" " />Insert your own “The Phenomenal Handclap Band are anything but phenomenal” pun here. ... 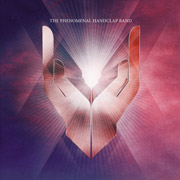 The seventies have always gotten a bad rap.  Instead of heroic martyrs like JFK, RFK, & MLK in the sixties, the seventies had Tricky Dick & Watergate, Jimmy Carter & ‘National Malaise’, and the pioneering social revolution of the previous decade was taken into excess, leading to the whole-scale reviling of it with the Reagan Revolution and the eighties.  The same has applied to music: instead of Woodstock (now celebrating its fortieth anniversary), the seventies had Altamont, while rock ‘n’ roll gave way to overstuffed ‘classic rock’, disco, and the short-lived punk rebellion.  But, as time has gone by, people have been giving the ‘Me Decade’ a second look, not only finding gems and reappraising that which was once disdained (even Carter’s ‘National Malaise’ speech is coming into a better light…), but using it as inspiration for today.  In music, that’s come forth in the folk-rock revival, but also the disco-dance revival.  But The Phenomenal Handclap Band’s self-titled release is the kind of ultra-lame disco-retread that people burned in Comiskey Park.

Click here for photos of The Phenomenal Handclap Band at WIRED Store in New York, NY on December 7th, 2011 in the QRO Concert Photo Gallery

Click here for photos of The Phenomenal Handclap Band at Terminal 5 in New York, NY on April 30th, 2010 in the QRO Concert Photo Gallery

Click here for photos of The Phenomenal Handclap Band at (le) Poisson Rouge in New York, NY on August 12th, 2009 in the QRO Concert Photo Gallery

Click here for photos of The Phenomenal Handclap Band at SXSW 2009 in Austin, TX in the QRO Concert Photo Gallery

The ensemble’s self-titled debut LP opens with instrumental “O Castelo Do Jorge”, six-plus minutes of boring light disco – and it only gets worse when vocals are added.  The eight-person act has five people doing singing duties (including not one, but two female singer/tambourinests – sorry, ‘percussionists’…), but the words to the following “All of the Above” are banally ‘up with the people’, something the band repeats time and again, on tracks like the wanna-be-spiritual “I Been Born Again”, or the failed soul injections “Red” and “Baby”.  And when they try to be funny or sly, the results are still poor, like with the meant-to-be-sensual “Testimony” and “Dim the Lights”, or the wanna-be-ironic “The Martyr”.

And note: the instrumentation isn’t any better.  PHCB have somehow managed to combine the worst aspects of both seventies disco & seventies soft-rock.  Either can be good: witness VHS or Beta (QRO spotlight on) & The Autumn Defense (QRO live review), respectively.  But PHCB’s light disco often veers into the smooth jazz/Musak/Kenny G area, even undercutting soulful tries “Red” & “Baby” with what sounds like flutes.  They don’t make you want to dance, they’re not catchy; at its best, The Phenomenal Handclap Band is forgettable wallpaper music, but even a half-second’s listen reveals just how weak it is.

PHCB does have a ‘stand out’ (note: that’s damning with the faintest praise…) in “15 To 20”.  ‘Better’ in that it’s catchy, albeit rather annoyingly so, the rhythm is sped up a bit, the lyrics & vocals from singer/‘percussionists’ Laura Marin and Joan Tick are kind of cute and charming, and mostly just because it’s missing the glaring missteps of the rest of the record.  But “15 To 20” even shows just how poor the rest of the record is.  Can we now call a halt to the seventies revival?