<img src="http://www.qromag.com/wp-content/uploads/2009/01/thepicturebluebirdsep.jpg" alt=" " />On <em>Bluebirds EP</em>, New York’s The Picture let emotion into their indie-rock without going emo, as well as make it grand without being overbearing.... 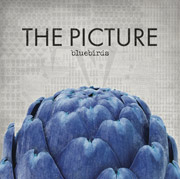 On Bluebirds EP, New York’s The Picture let emotion into their indie-rock without going emo, as well as make it grand without being overbearing.  The five-piece have been building an interesting following of friends, more mature than your usual Big Apple indie bands, but that fits their sound.  The experience behind their music almost brings to mind more so the veteran alt-acts of the nineties than today’s post-Strokes kids, a welcome return of compelling emotion to indie.

Bluebirds starts with one of its strongest tracks, “Another Army”, whose great strum-rhythm is an upswinging call to brightness, an attitude that characterizes the EP: not shiny happy, but also not dark & somber, instead an acknowledgment of the way things are, but not that these are the ways things have to be.  That holds through the drivingly grand “Battling Giants” and standout “Deer Crossing”, with its strong bass-press laid beneath harmony and rhythm (not to mention some excellent vocals from singer/guitarist Robert Abel, as well as the later backing shout of “Don’t stop running!”).

There are still variations on Bluebirds.  The darker “The Shadows” has a disco-shuffle beat, with some haunt, while “Samantha and Her Friend” is higher and more carrying.  However, both are a touch forgettable – better is the record’s final two tracks, “Tucked In Corners” and “Devious”.  “Tucked” has some sad strum with real alt-rock beauty, while “Devious” (featuring Robert’s brother on vocals, guitarist/keyboardist Greg Abel – not Cain…) brings a world-weary note to finish off the EP.

In echoing more the emotional alternative rock of the nineties (back before emo ruined it) than perhaps today’s indie, The Picture are actually something of a breath of fresh air (especially in the New York scene…).  Bluebirds EP is a sound we need more of.