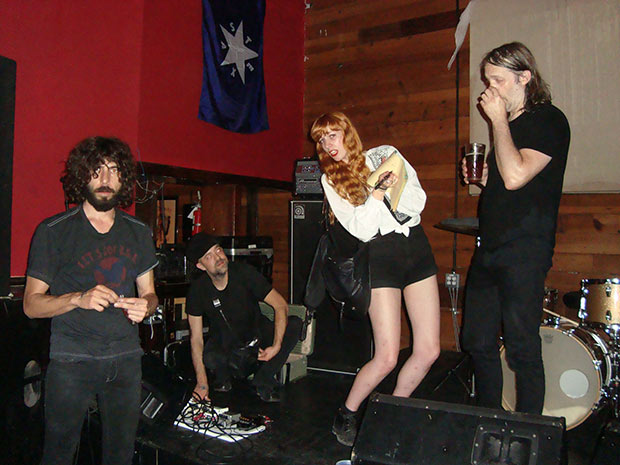 When The Psychic Paramount played the Mohawk in Austin on Thursday, August 2nd, they sounded omnipotent.  Their music doesn’t compromise for lack of chops, lack of energy, or lack of ideas.

Nor do they capitulate to major conflicts in their genre: their sound is absolutely massive, yet they can still turn on a dime.  The music has narrative and structure, yet never sounds forced – in fact, they almost convince you that they’re jamming, and just keep happening upon their magic.

Plus, wresting that titanic, complex, violent sound from the guitar doesn’t seem to make Drew St. Ivany even break a sweat.  He barely exerted himself, and if observing that wasn’t such a surprise, you could say they lacked stage presence.  Instead, the contrasting chaos from the PA and calm on stage was perfect.  St. Ivany’s calm, at least – Jeff Conaway’s athletic drumming left him soaked.

That drumming, along with Ben Armstrong’s high-register bass fills, distinguished the songs visually.  The music, loud and layered, can blur together during a set, and Conaway and Armstrong play the spikes that stick out through the guitar racket.

They did well to close with two of their most distinctive songs.  First was "Megatherion", in which chaotic-sounding guitar noise carries a gorgeous tune.  When it opens Gamelan Into the Mink Supernatural, it sounds borne of studio trickery, but that’s not giving St. Ivany enough credit.  The performance was organic, perfect, and beautiful.

Last was the title track from that 2006 record, unique in the set in depending on quieter sounds: a repetitive, alien guitar pattern; cymbals in a very slow crescendo.  It seemed novel to finish this way, instead of with the set ending ‘noise freak-out’ one might expect of a band in this genre.

They do have a weakness: endings.  Songs just stop arbitrarily, but instead of following that with applause and silence, they compound the problem by stringing the set together in a kind of medley, with various pointless guitar and bass noises where silence should go.  It’s awkward.

Even if you don’t make a habit of watching loud, repetitive instrumental music, they’re worth your attention – there’s just something intense and cold-blooded about their execution that I think you’ll appreciate, regardless.  They’re a great band.

Or, in the words of Equals keyboardist Logan Wexler, "They’re one of the best three bands we’ve ever opened for."  The strength of Equals is the combo playing.  It’s like watching a good bar band play post-rock: everyone plays together well, and seems to have fun.  Their weakness is the songwriting, which offers decent riffs and sections, but doesn’t arrange them into compelling songs or narratives.  Operating in the Maserati-ish vein that they are, lacking forward movement is a big handicap.

Accordingly, they sounded better when they ditched minimalism and atmospherics to play what sounded a little like R&B.  That’s when it was easy to imagine one of them singing over it, and the result being good.  Wexler said that might happen soon, with guitarist Dylan Storey taking the mic. 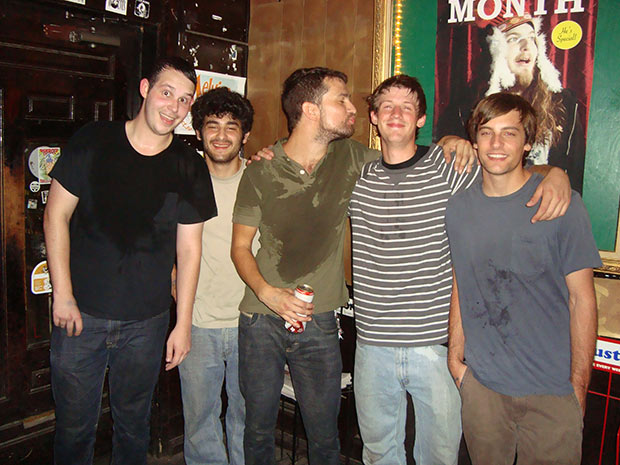