The Radio Dept. : Live in Denmark

<img src="https://www.qromag.com/wp-content/uploads/2011/03/theradiodeptmar17.jpg" alt="The Radio Dept. : Live in Denmark" />A month after the success of several sold out shows in North America, The Radio Dept. kicked off their... 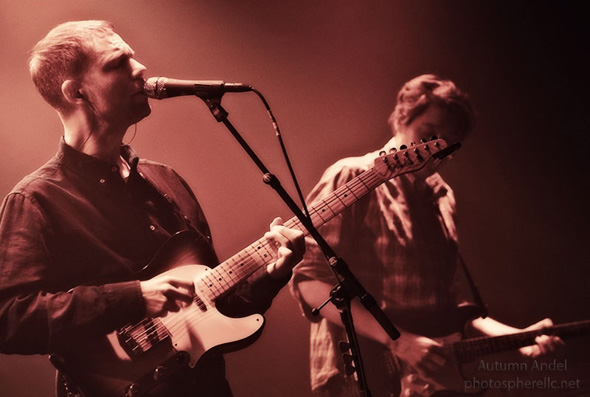 Click here for photos of The Radio Dept. at 2011 Sasquatch! Music Festival in George, WA in the QRO Concert Photo Gallery

Click here for QRO’s review of The Radio Dept. at Doug Fir Lounge in Portland, OR on February 13th, 2011

A month after the success of several sold out shows in North America, The Radio Dept. kicked off their ten-day European tour in Aarhus, Denmark.  Just minutes before the Swedish pop outfit took the stage at the Voxhall, the prospect of filling the 700-capacity venue looked grim – especially knowing that they were the only one on the bill.  It also happened to be on St. Patrick’s Day, but isn’t that celebrated only in Ireland and U.S. [note: later found out that Danes in Copenhagen and Aarhus do party on till wee hours, in honor of the Irish saint]?  But just as the opener “Freddie and the Trojan Horse” was finishing up, the crowd steadily streamed in; eventually, sealing up any big gaps between the heavily-clothed bodies on a chilly Thursday night.

Bathed in fog of red or blue light, The Radio Dept. hovered on the ample stage as if they were some kind of dream imagery, appropriately complimenting their ethereal tunes.  Much in accordance with their minimalist style, the trio only plays with two guitars, a bass, a keyboard, and a laptop.  But the sound is never sparse.  Shimmering layers weave through every cracks and caverns, as if one was bathing in the pool of euphoric sound.

The set list hadn’t changed much from The Radio Dept.’s recent live shows, with almost half of the thirteen songs represented by their latest LP, Clinging To a Scheme (QRO review).  About a quarter way into the electro pop number, “The Worst Taste in Music”, Daniel Tjäder’s keyboard programming ran away, and the band had to start over.  Lead singer Johan Duncanson seemed a bit distraught and apologized.  Being the first night of this tour, nerves certainly had something to do with it.  The rest of the set went on without a glitch, much to the relief of the known perfectionists.  In spite of its resentful lyrics, “Heaven’s On Fire”, with its infectious beats and impeccable melodies, was obviously the audience favorite, judging by their increased vocal and physical activity – where they had been reserved most of the night.

As usual, the Stockholm-based group closed out the show with “Closing Scene”.  After several minutes of cheering and clapping, the white lights came on, officially signaling end of the concert.  Some were surely disappointed, especially knowing that they have 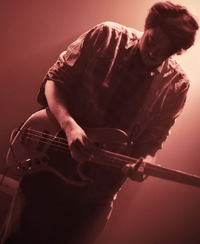 been playing the fan favorite, “The City Limits” during the encore lately.  If it’s any consolation, Martin Carlberg (guitar/bass) was not feeling well.

With their apprehension to playing on stage, The Radio Dept. may never be known as a great live band.  You’ll hear the songs as they are on the record, and they’re definitely not known for bantering.  So why bother to go to their concert?  Besides the fact that you’re there to support the music you love?  With its authors in the same space, guess it’s one step closer to physically interact with something that’s intangible, which makes The Radio Dept.’s heavenly pop songs all the more exquisite.

The Radio Dept. have three weeks off before they play at the famed Coachella festival in April and Sasquatch! in May (QRO photos), with dates in Asia and U.K. in between. 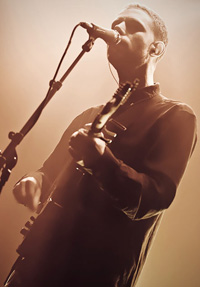