<img src="http://www.qromag.com/wp-content/uploads/2008/12/thereplacementssiredeluxe.jpg" alt=" " />The Sire back half of the studio catalog of the 'Mats gets their own deluxe edition re-releases from Rhino Records.<br />... 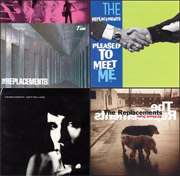 In the middle of the eighties, burgeoning Minneapolis alt-punkers The Replacement left struggling local imprint Twin/Tone for major label Sire, and put out four more records before calling it quits.  In the interval, the band lost a couple of members, first guitarist Bob Stinson (despite his brother Tommy being the bassist), then later drummer Chris Mars, as singer/guitarist Paul Westerberg took more and more of the central role.  The band’s sound likewise shifted from the drunken country/punk of Twin/Tone to a mature, even pop/rock attitude by the end.  Rhino re-released the four Twin/Tone studio records, Sorry Ma, Forgot To Take Out the Trash, Stink, Hootenanny, and Let It Be, earlier this year in deluxe editions with bonus tracks (QRO review), and now follows that up with deluxe edition re-releases of the four Sire records, Tim, Pleased To Meet Me, Don’t Tell a Soul, and All Shook Down.  While not as seminal as those first four, and the bonus material is often demos or previously released elsewhere, the re-releases are still half of a discography that most bands would kill for. 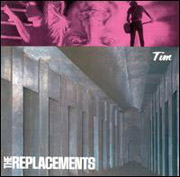 1985’s Tim follows in the line of Let It Be, mixing meaning with up-swinging alt-rock.  In many ways, it feels a little too close to the seminal Let It Be (which is regarded as the band’s best record ever), and wilts a bit in the shade.  The young mix is obviously strongest on “Bastards of Young” and “Left of the Dial”: the band’s two most successful singles are twin classics that are still staples of college radio (and notorious for having music videos consisting only a stationary shot of a speaker – it was bashed in at the end of “Bastards”).  Other pieces like “Hold My Life” (video of speaker-smash in color), “Kiss Me On the Bus”, and “Little Mascara” are still strong, but not quite as strong as, say, Let It Be’s “Answering Machine”.  More powerful is the band’s truly sadder side, with the heartbreaking “Swingin’ Party” and “Here Comes a Regular”.  The ‘Mats (a nickname developed in their early years by fans) also still have some of their rockabilly sensibilities on “I’ll Buy” and “Lay It Down Clown”, while “Dose of Thunder” (the only track not written exclusively by Westerberg) brings back some of the harder rock attitude.  And the tongue-in-cheek strum “Waitress In the Sky” (the band’s kiss-off to airline stewardesses) is one the funniest and catchiest songs The Replacements ever recorded.  Even if it’s not held up quite as well as Let It Be, that’s a high standard to live up to, and Tim still can stand on its own.

Tim also has a relative paucity of bonus material, with only six tracks.  Two of those are outtakes of “Can’t Hardly Wait” (which wouldn’t appear until the next record), one acoustic, and one electric.  In between those lies an unleveled session outtake of “Nowhere Is My Home”, the only original piece of bonus material.  While none of those are particularly revelatory, the alternate versions of “Waitress In the Sky” and “Here Comes a Regular” play as strong as the originals, while the studio demo of “Kiss Me On the Bus” kicks ass. 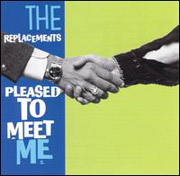 Following Tim’s release, Bob Stinson was booted from the band for problems with drugs and alcohol (though most of the other members had their own substance abuse problems at the time), and 1987’s following Pleased To Meet Me shows the band more segueing from punk rock kids to professional musicians (the cover, a handshake between a ripped workshirt on one hand, and a suit, with glitzy watch & ring, on the other, both represented and mocked the idea).  However, this give Pleased a greater variety (reminiscent of Hootenanny), with notable smooth-sounding pieces like “Nightclub Jitters”, with saxophone (the band’s biggest step outside its comfort zone since “Within Your Reach”), a sad, restrained beauty on “Skyway”, and the dark, pressing single “The Ledge” (which was banded from MTV because of its lyrics about suicide).  The other singles did hew more towards the straight pop/rock, but that’s gonna happen when one is an ode to power-pop originator Alex Chilton (of Big Star), and another later gives title to a weak Jennifer Love Hewitt teen romance comedy (“Can’t Hardly Wait”, which is unsurprisingly way better than the movie).  There’s still some punk rockabilly with “I.O.U.”, “Never Mind”, and stand out “Valentine”, and the band’s drunkenness does make a few appearances, such as the sloppy fun “I Don’t Know” and “Red Red Wine” (note: not the Neil Diamond/UB40 song…), or the dirtier “Shooting Dirty Pool”.  But Pleased To Meet Me stands out for its growth, pointing the way to the new ‘Mats.

Pleased To Meet Me (Deluxe Edition) has as many bonus tracks as regular, without about half made up of studio demos, and only one of those, “Valentine”, is a song that made it to the record.  The demo of “Photo” is solid but not spectacular, but that of “Kick It In” has a good kick.  The demo of “Birthday Gal” is a little rough, inferior to the finished product found on the 1997 Sire greatest hits/extras double-disc, All For Nothing/Nothing For All, while the demo of “Bundle Up” is new words to Nothing’s “Jungle Rock”, and “Ledge” b-side “Election Day” is the same recording as on the compilation (but is still some of the band’s best dirty blues).  Also included are alternate versions of “Alex Chilton” (with a false start) and “Can’t Hardly Wait”, plus b-side covers of blues classic “Route 66”, rockabilly “Tossin’ n’ Turnin’”, and pian-y “Cool Water”. 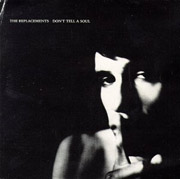 The Replacements reached their commercial peak in 1989 with Don’t Tell a Soul, a record that saw them even more mature and introspective, fully embracing beauty and straightforward rock, with the addition of Bob ‘Slim’ Dunlap on guitar returning them to a quartet (though all but the last track were written by Westerberg).  Don’t still starts off fun, with the slight throwback “Talent Show” (and the drunk rebellion still rears its head on “I Won’t”), but a relaxed beauty comes out on the following “Back To Back”, and that holds through the record on other tracks like “Achin’ To Be”, “They’re Blind”, “Rock ‘n’ Roll Ghost”, and finisher “Darlin’ One”.  While nice and well done, it can all get a bit much (such as on “Blind”).  Don’t is strongest when The ‘Mats keep the rock with their more interesting outlook, such as “We’ll Inherit the Earth” (QRO’s Music of the Spheres) or “Anywhere’s Better Than Here”, but doesn’t have to be dark – “Asking Me Lies” and single “I’ll Be You” are catchy in their upswing.

The seven bonus tracks on Don’t Tell a Soul (Deluxe Edition) are made up of two alternate versions of record material (a similar demo of “Talent Show” and a different, inferior mix of “We’ll Inherit the Earth”), four tracks previously found on Nothing For All, and only one true original, a sloppy outtake cover of “Gudbuy t’ Jane”.  “Date To Church” features the one-and-only Tom Waits in a fun pian-y revival, while “Wake Up” brings back punk rockabilly spirit of ol’.  The laid-back “Portland” is as fine (or finer) than anything on Don’t proper, as is the pitch-perfect sadness of “We Know the Night”.  It all begs the question why they weren’t on the original release… 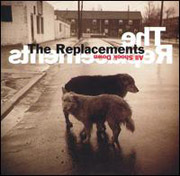 By the dawn of the nineties, the writing was one the wall for the ‘Mats: Westerberg was sobering up and preparing for his first solo release.  However, All Shook Down was still released as a Replacements album, since (Tommy) Stinson, Mars, and Dunlap all played on the record, though only on one track (“Attitude”) did they record at the same time, and Mars left the band after the recording (to be replaced on tour by Scott Foley, who died only a month before the Shook re-release came out).  The band had fully segued into heart-on-the-guitar-sleeve pop/rock with tracks like “Merry Go Round” and “Nobody”, though more of a spark was leavened into pieces like “One Wink At a Time”, “Bent Out of Shape”, “My Little Problem”, and “Attitude”.  Westerberg really seemed to put his skill into his more stripped sad pop tracks like “Sadly Beautiful”, “When It Began”, “Torture”, or record/band finisher “The Last”, though “Someone Take the Wheel” and “Happy Town” really well combined his vision with the drunker ‘Mats of yore, and the title track is some interesting, low-key fuzz.

Though there are eleven bonus tracks to Shook’s Deluxe Edition, over half are demos, with rough cuts of “When It Began”, “Someone Take the Wheel”, “Attitude”, “Happy Town”, and “Sadly Beautiful” (with a more guitar-focused alternate version of “My Little Problem”).  One demo, the lo-fi sad “Tiny Paper Plane”, is entirely new, and another is a demo of one of the other bonus tracks, “Kissing In Action”, a rockabilly number along with outtake “Ought To Get Love”.  The only standout is Tommy Stinson’s “Satellite” (also on Nothing For All), expansive and rocking like the best the ‘Mats ever did.  The record (and all re-releases) ends with Westerberg piano-crooning, “Send in the ‘Mats…”

Even back in the eighties, going from a local indie imprint to a major label was always risky for an alternative act, and one can’t say The Replacements didn’t change from their days on Twin/Tone.  However, that shift was a natural one, occurring outside of any label switch, as the group and its members matured.  The deluxe edition Sire re-releases aren’t quite as fine as the band’s earlier work (and when will their classic 1984 live recording, The Shit Hits the Fans, get its due day in the sun?…), but still contain some classic material that’s stood the test of time.