<img src="http://www.qromag.com/wp-content/uploads/2011/05/theseedyseedsverbnoun.jpg" alt="The Seedy Seeds : Verb Noun" />The Cincinnati based trio The Seedy Seeds stay true to the homespun warmth of their folk-tronic legacy while adding some... 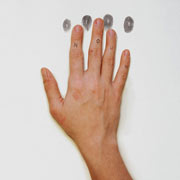 The Cincinnati-based trio The Seedy Seeds stay true to the homespun warmth of their folk-tronic legacy while adding some epic turns on their latest Verb Noun.  Banjo and synth: not an unfamiliar combination during the alt-Americana gold rush that indie music experienced late in the last decade.  But most of those bands sprouted in places with no real country roots (like Brooklyn), bloomed quickly, and withered away without leaving a trace.  Meanwhile The Seedy Seeds, amidst national tours touching down in all the major indie-stry fests – CMJ (QRO recap), SXSW (QRO recap), to name a couple – kept a foot planted firmly in the middle America that has lent them a non-negotiable air of authenticity over and above the alt-Americana crowd.

Verb Noun pushes beyond the sweet ditties of Count the Days (QRO review) to deliver full-bodied compositions that occasionally break into the wheaty transcendence of Aaron Copland, the great American composer.  That’s lofty company.  To keep things in perspective, the Seeds are a pop band making pop music.  They remain a pop band throughout Verb Noun.  But when you hear a song like "Nomenclature" digging deep into existential themes, while still staying true to the everyday vernacular, you get a premonition of something much more important at work beneath the surface than the haphazard assemblage of matching pop melodies.  Gospel vocals, ethereal strings, crisscrossing stanzas layered one upon another, read side to side like the history of the heavy, protesting heart in the American Midwest.

Click here for photos of The Seedy Seeds at SXSW 2011 in Austin, TX in the QRO Concert Photo Gallery

Most everything The Seedy Seeds did on Count the Days, they do again on Verb Noun – but better.  The vocal work, which has relied on alternating male/female leads, finds a better harmony and balance on songs like "Flintlock Fire" and "Verb Noun".  The electronic sampling gets turned up a notch on "Tired Enough To Drive" in what basically amounts to a techno breakdown.  Not too shabby for an alt-Americana outfit.  And the band still knows how to deliver some great catchy singles like "Run Down the Day" – credit the absolute lack of shame when it comes to leaning on clean, pleasing synth beats.

A couple head-scratchers aside, like the infantile romp "I Am the Conductor" and the use of the same keyboard effect to open two different songs, The Seedy Seeds have produced a stellar album.  And don’t discount the band because of the alt-American tag.  These aren’t (excessively-)tattooed Williamsburg residents idly plucking a banjo on their stoop between Picklebacks.  These are The Seedy Seeds.  They are folk; they are country; they are electronica; they are all of these things and they do all of them extraordinarily well.  They’ve been swimming upstream through the ever-changing indie waters of chillhouse  & witchwave without compromise.  They’ve survived it all because their songs fish in deeper waters than your average indie band – and The Seedy Seeds have caught a big one with Verb Noun.