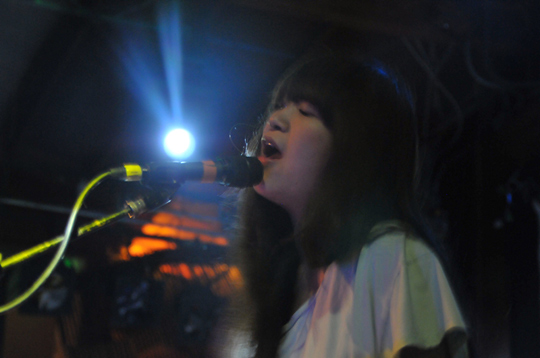 Three New York bands, The Pains of Being Pure at Heart, The Depreciation Guild, and Cymbals Eat Guitars, stopped off on their cross-country tour all the way across the country at Los Angeles’ Troubadour on Saturday, September 19th. 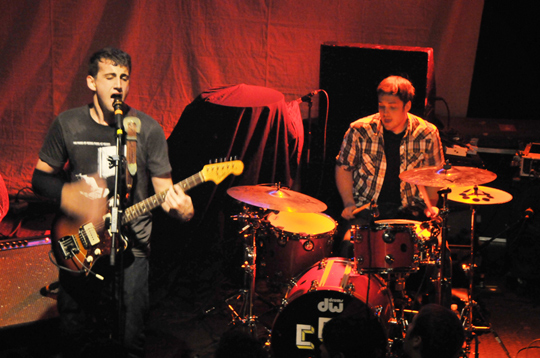 Cymbals Eat Guitars is one of the newer bands that are quickly making a name for themselves.  Their performance at the Troubadour in Los Angeles exploded into the ears of the people who were just arriving.  They are described as accomplished noise pop, spawning from the likes of Pavement (QRO album review), Sonic Youth’s (QRO live review) Goo and early Modest Mouse (QRO album review) albums.  The progression of each song seemed to want to take you higher and higher, reaching for that moment of 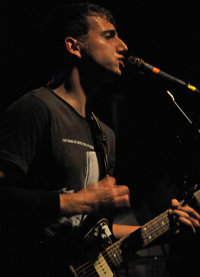 explosion without letting go.  There is a reason why their forthcoming album is titled Why There Are Mountains.  Crescendo sounds of electro-pop piano, fuzz guitars and harmonized vocals.  Cymbals Eat Guitar’s stage activity blasted into a high-energy groove where their bodies encompassed the music they were playing, bringing their sound to a whole new level of excitement.  By creating a fuller and personal stage presence, the band was aligned in a single row.  Band members were able to look next and see each other without turning their backs to the audience.  Recommended songs: "And the Hazy Sea", "Cold Spring" and "Wind Phoenix". 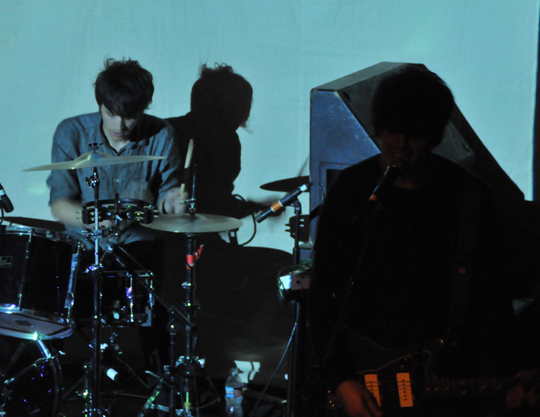 Click here for photos of The Depreciation Guild at Berbati’s Pan in Portland, OR on March 25th, 2010 in the QRO Concert Photo Gallery

The second act, Depreciation Guild’s performance was weaker than expected.  The use of high delay and repeater-effect petals resulted in an overabundance of sounds, incorporating laser and video game effects.  Their music is described as space aged psychedelic rock.  The singers voice was reminiscent of Wayne Coyne of the Flaming Lips (QRO live review) but was overdubbed with echoes.  Adding to the overall feel, they incorporated a Mondrian inspired backdrop- consisting of flashing neon, square colored patterns.  Due to the darkness of their set, the patterns illuminated their set and set them off on a journey. 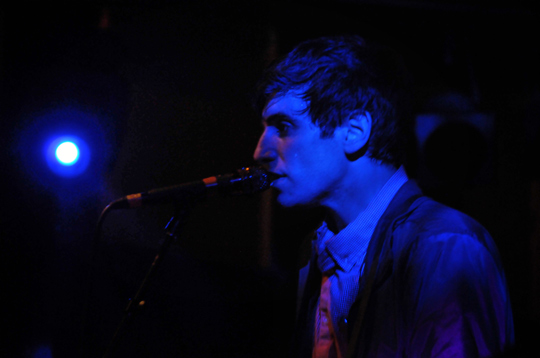 Click here for photos of Pains of Being Pure at Heart at The Paradise in Boston, MA on October 20th, 2010 in the QRO Concert Photo Gallery

Click here for photos of Pains of Being Pure at Heart, with Cymbals Eat Guitars, at 2010 Siren Music Festival on Coney Island in Brooklyn, NY in the QRO Concert Photo Gallery

Click here for photos of Pains of Being Pure at Heart at Grand Central – Poplife 11 in Miami, FL on June 12th, 2010 in the QRO Concert Photo Gallery

Click here for photos of Pains of Being Pure at Heart at 2009 Pitchfork Music Festival in Chicago, IL in the QRO Concert Photo Gallery

Click here for QRO’s review of Pains of Being Pure at Heart at South Street Seaport in New York, NY on July 10th, 2009

By this point The Troubadour was full of people anticipating The Pains of Being Pure at Heart.  From the first song heard, one was immediately reminded of Billy Idols’ "Dancing with Myself"; the irony was the band looked stiff on stage.  Their sound was clean and lively vibrant but activity was low. 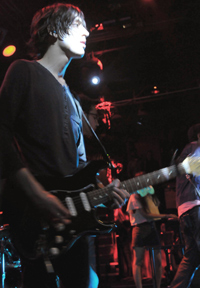 Similarly, the crowd expressed excitement, seconds away from animated dancing but something was holding them back. 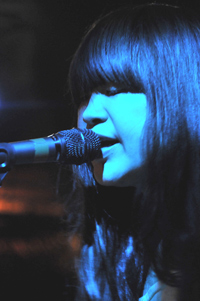 The self-titled record (QRO review) is solid.  An album one cannot help but move around to yet there seemed something the crowd couldn’t fully let go of.  Despite a firm stage presence, the band seemed to have been playing for themselves; almost as if were in the studio minus recording equipment.  The lead singer wouldn’t move more than two inches from the mike and his singing was muffled.  All the songs boasted a 4-4 dance tempo with no solos.  POBPAH sounded like a modern day Jesus and Mary Chain, mixed with the Pixies producing 1980’s synthesized feel.  The music was passionate, the audience was entertained, but they could have done more to enhance their performance.  All in all, those who arrived late missed Cymbals Eat Guitars, the band who stole the show.  The tour is continuing on southwest to southeast. 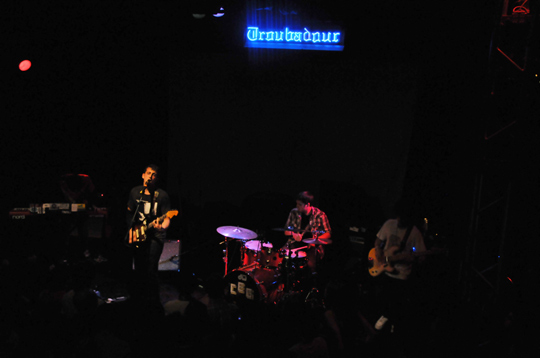