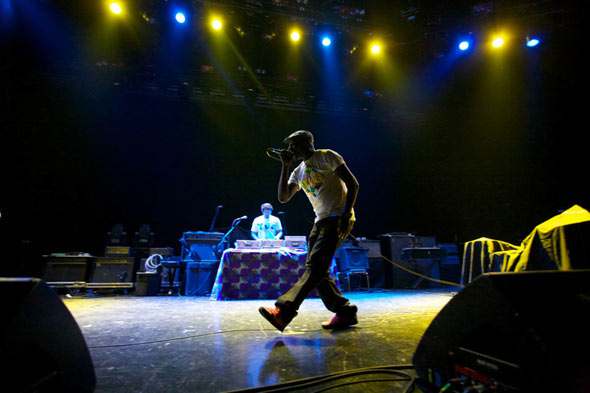 With a sound all his own, Esau Mwamwaya, of The Very Best, educated concertgoers on how dance and hip-hop can be greatly enhanced with a bit of cultural influence from Mwamwaya native home of South Africa.

On Monday, October 11th, The Very Best got the crowd riled up and dancing before the headlining band, Vampire Weekend (QRO review), 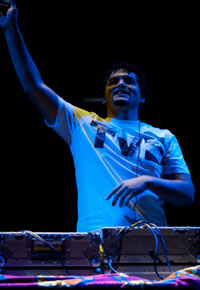 took to the Hard Rock Live stage in Orlando, FL.  Screaming the phrase, "Feel the ancestrals," The Very Best set the tone of his set.  Mixing African beats with some fresh DJ skills, the audience was transported to South Africa and given the opportunity to release their inner tribal spirit.

The set was not just about the music.  Mwamwaya stirred the crowd with jokes like, "How do you kill a mosquito?  You clap."  Was it a bit corny?  Yes, but it helped relieve some of the dominance and power that was displayed during the songs.

Vampire Weekend wasn’t far removed, for lead singer, Ezra Koenig contributed to the backing vocals on "Warm Heart of Africa".  The stage was a bit large for this artist and his DJ, but that didn’t hinder the vibrant sounds from reaching every corner of the room.  The Very Best was culturally entertaining and gave the crowd something to talk about after the show was over.