<img src="http://www.qromag.com/wp-content/uploads/2010/08/theweddingpresentaug13.jpg" alt=" " />"If this was the last show ever at South Street Seaport, I'd be happy to have this band be the last band who ever played... 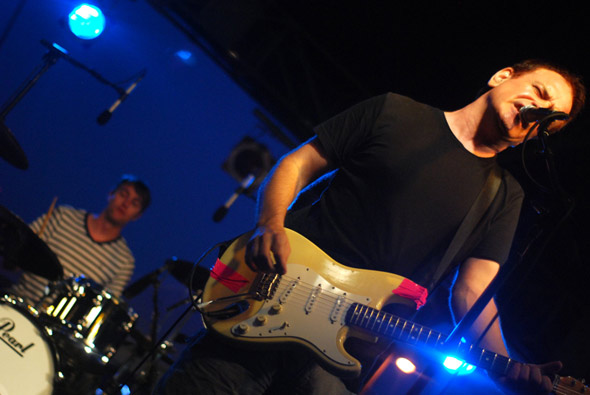 “If this was the last show ever at South Street Seaport, I’d be happy to have this band be the last band who ever played here!”  No, Seaport Music Festival honcho Stephen Dima wasn’t eulogizing the end forever of free shows at New York’s South Street Seaport (QRO venue review), but it was the final one of this summer season on Friday, August 13th.  Dima was actually just expressing his love for the band that closed out this season, Yorkshire’s The Wedding Present, who closed out the summer in Bizarro style. 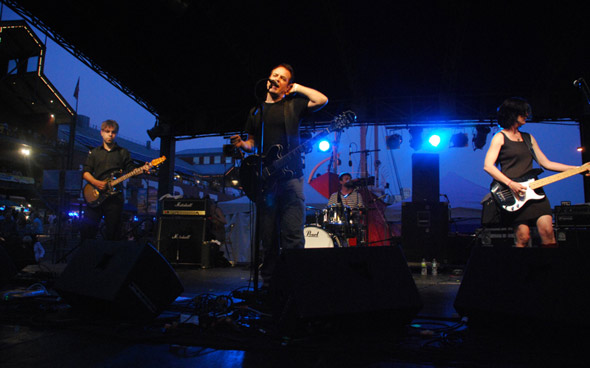 To those who don’t know, that’s not a reference to Superman’s alter-enemy, or even the awesome comedic riffs on the comic book concept in Seinfeld or Sealab 2021, but to The Wedding Present’s 1989 breakthrough, critically acclaimed sophomore album.  The band around singer/guitarist David Gedge has 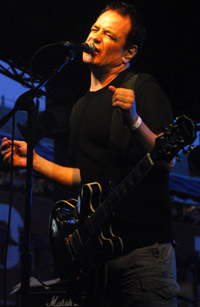 changed its line-up a lot in its quarter-century of existence (Wikipedia has the count at thirteen different people having spent time in the group – still not as many as Spinal Tap have had…), but Bizarro has remained the favorite record among most fans, and The Wedding Present haven’t shied from it, performing it in its entirety on a cross-country tour (QRO photos from the San Francisco stop).  After opening with “Everyone Thinks He Looks Daft” from 1987 debut George Best (has there ever been a better name for a legendary athlete, surname at least, for the Northern Irish footballer?…), The Wedding Present brought out some new material, but admitted it all was just the appetizer before the main course. 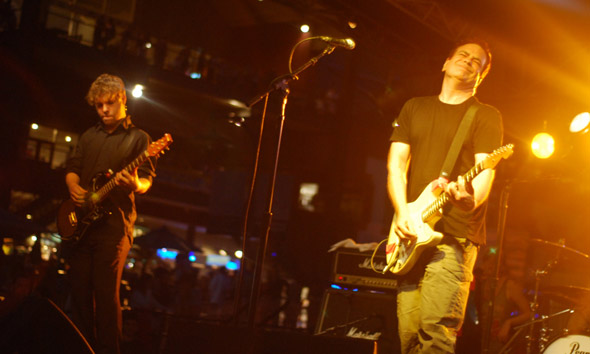 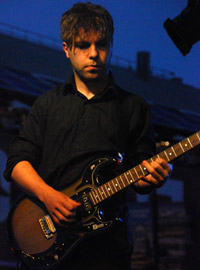 Some fans didn’t seem to grasp the ‘play an album in its entirety’ concept, shouting out requests like “Interstate 5” (from 2005’s Take Fountain), with which Gedge responded, “Have you heard Bizarro?  Then you know ‘Interstate 5’ is not on the album…”  Maybe the super-fans, and there were many in attendance, were hoping to store up requests for the encore, but The Wedding Present didn’t provide one – and really, “Be Honest” – how could they, after that killer closer to Bizarro/the night?  Single “Brassneck” kicked it off, while fellow single “Kennedy” (“This one is about one of your American presidents…”) hit the energy highpoint like the last twenty years had never happened.  Things got a bit more stretched on side b with pieces like the long “Take Me” (which Gedge introduced by reminding the crowd that it was a long piece…), but it also stood up as an epic every time Gedge shouted the chorus line, “Take me, I’m yours!” 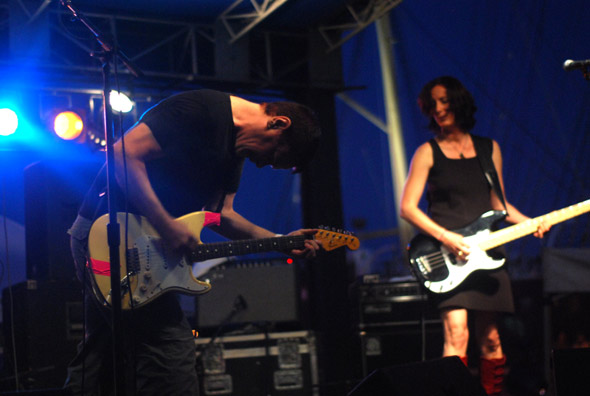 Gedge was also quite funny with his between-song banter, something that Scottish & Yorkshire acts seem to specialize in (like Sunderland’s Futureheads recently – QRO live review – or Scotland’s Camera Obscura at the second-to-last Seaport show of the 2007 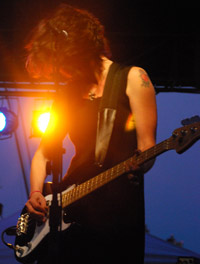 Seaport season – QRO live review).  When he wasn’t reminding people of the Bizarro theme, he was deferring requests for hugs until after the show, when he’d be at the merch table – but did request that everyone follow him on Twitter, @weddingpresent.  However, the funniest moment had to be Gedge calling out the now-blown-up opener of last year’s final Seaport Music show (QRO photos), “I’d like to see The xx write a song as good as that last one…” 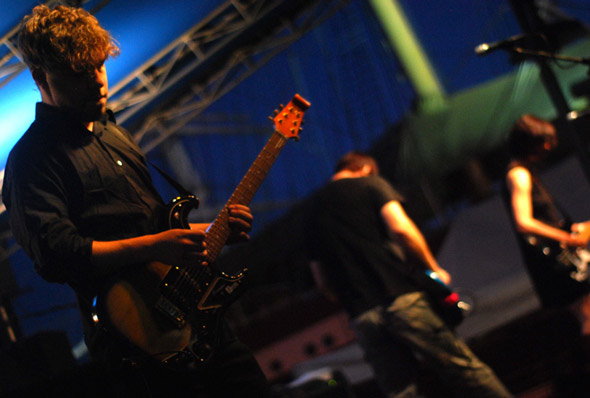 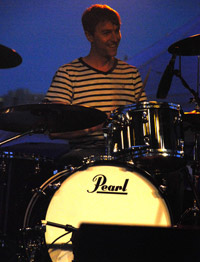 Stephen Dima opened up that line of jokes when he said that you’d see this year’s final show opener, Savoir Adore (QRO photos), headlining Central Park SummerStage (QRO venue review) next year – something The xx had just done (QRO live review).  For a number of New York’s free outdoor summer concert seasons (though not SummerStage), this was the last week of events – the performance by Sharon Jones & The Dap-Kings (QRO photos) the Sunday prior was the last for Celebrate Brooklyn! at Prospect Park Bandshell, and the following Sunday’s show by Dr. Dog (QRO photos) was the last free ‘Gone to Governors’ show on Governors Island (QRO venue review).  But Seaport Music & the larger River-to-River Festival its part of will return, like a classic album played by a classic band. 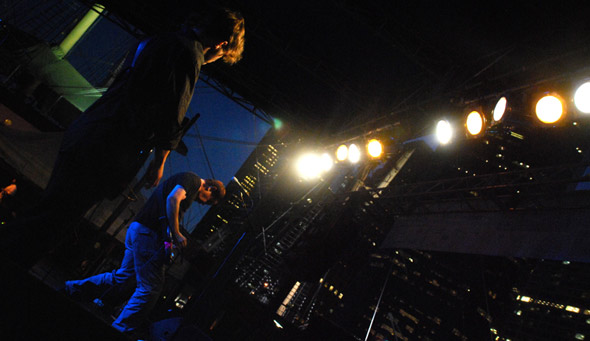 Bad Books – “You Wouldn’t Have To Ask”