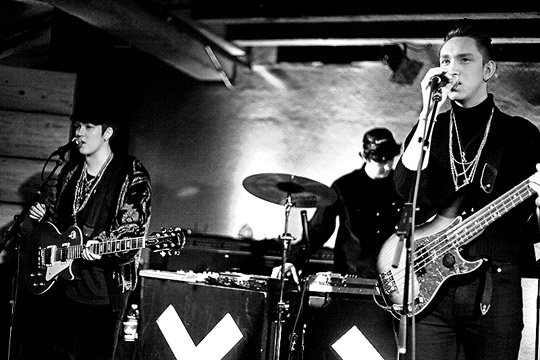 By the time you read this review, you’re probably sick of hearing about The xx.

The English outfit combines pop, R&B, and electronica with a dash of several other music genres in a minimal composition to result in one of the most unique albums in recent years (QRO review).  Touted by many music publications as the debut album of the year, if not one of the best albums of the year, their hype has made them one of the busiest bands in the biz.  So busy that it has caused keyboardist/guitarist Baria Qureshi to quit the band couple of weeks ago, claiming exhaustion.  So how well the twenty-year-olds handle their live shows without their fourth member, in front of an audience who are all older than them?  The xx are, in every way, a reflection of their self-titled debut album: cool, calm and collected with unusual precision and sophistication beyond their years.

The night before Thanksgiving, on November 25th, The xx opened for their fellow countrymen, Friendly Fires (QRO photos) at the ever so hip Doug Fir Lounge.  The young south Londoners quietly entered the stage, knowing this was a job and not a party.  Predictably, they opened their set with “Intro”.  Oliver Sim (bass) and Romy Madley-Croft (guitar) sang as if they were whispering in a bedroom next door to their parents, who expected them to be in deep sleep.  We were voyeurs outside their open 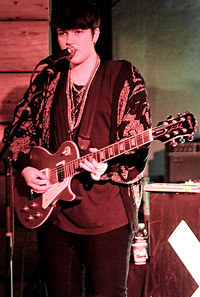 window, eavesdropping in their lulled conversation about sex and relationship.  And somewhere between the audience and the performers of this late night broadcast was Jamie Smith, controlling the rhythm and providing soundtrack with his synths and gadgetry, propped up by big boxes, displaying the title: XX, or is it this film’s rating?  Well, at least there was nothing x-rated about their stage attire: all three members were well covered by black outfits with Sim and Madley-Croft adorning the trademark load of chains around their necks.  The bands name perfectly packages their music and image, which is all about giving the audience their basic space for them to ponder and come to their own conclusions. 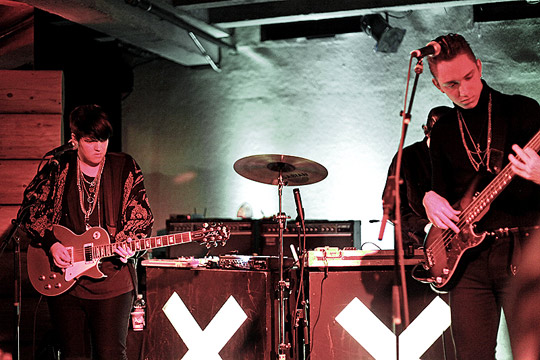 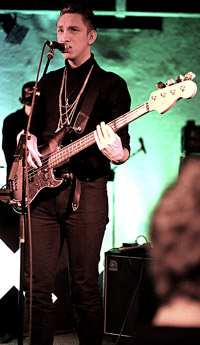 The small stage at the sold-out venue didn’t quiet suit the atmospheric sound of The xx.  In order to facilitate Friendly Fires’ entrance after their set, the trio were pushed to the left half of the stage.  And if you leave it up to the Doug Fir lighting tech, you’ll get a rainbow of saturated colors with favoritism for red and green which makes a photographer with no flash very frustrated.  The xx were drowning in Christmas colors, instead of cool blue and white light their music conjures up.  A bit of fog machine action to match Sim and Madley-Croft’s smoky, sultry voices would have set the mood nicely and perhaps influence some audience members to keep their chatter down.

With only one album under their belt, The xx treated the audience with all the highlights from their self-titled debut.  Popular singles “Crystallized” and “Basic Space” as well as other notable songs like “VCR” and “Islands” played out like sub-chapters in one 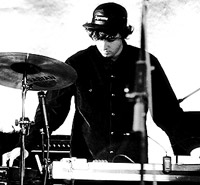 seductive new wave film.  In between songs, Sim humbly thanked the audience and shyly cracked little genuine smile.  At least the suave singer/bassist seemed to be happy to be in the world’s most hyped-up band.  For the finale, Sim rattled on the crash cymbal to prolong the closing on “Infinity”.  The lassie and the lads exited the stage as quietly as they arrived.  Nice to see such young talents take their job very seriously, but hopefully The xx knows that perfection, after awhile, leads to boredom. 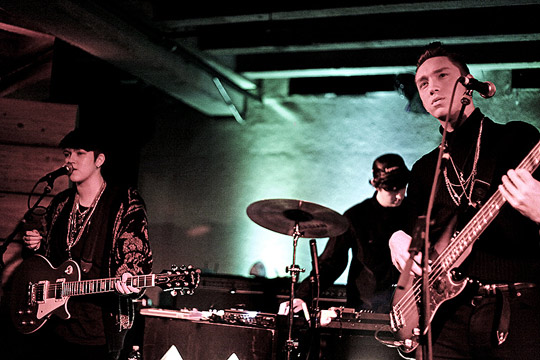