Birthday boy Philip Glass put together another star-studded line-up for the Tibet House US 2022 Benefit livestream.... 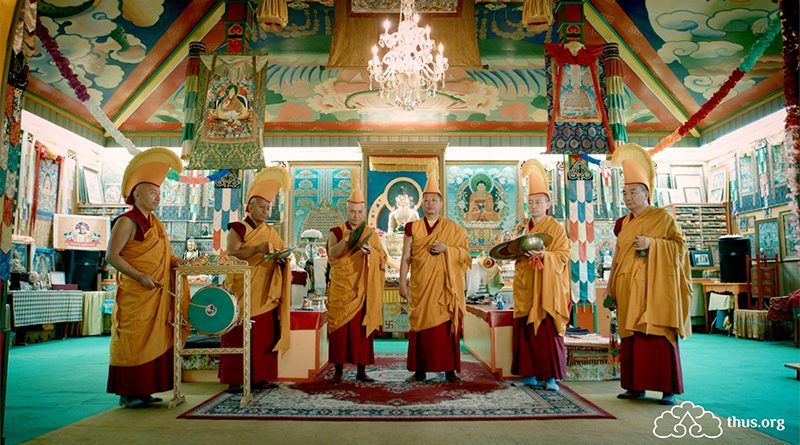 Click here for photos from the 2020 Tibet House US Benefit Concert in New York, NY in the QRO Concert Photo Gallery

Click here for photos from the 2019 Tibet House US Benefit Concert in New York, NY in the QRO Concert Photo Gallery

In the before-times pre-COVID, one of NYC’s classiest musical events was the Tibet House US Benefit, held at Carnegie Hall, showcasing everyone from Iggy Pop (QRO ’20 photos) to Stephen Colbert (QRO ’19 photos) to actual Tibetan monks (QRO ’19 photos – QRO ’20 photos). Organized by famed conductor & composer Philip Glass, it raised money for Tibet House US, the New York cultural institution dedicated to preserving Tibetan culture, and is held around the Tibetan New Year. Of course, COVID put the kibosh on in-person events not long after the February ’20 edition (QRO photos), so last year it went digital for a livestream (QRO livestream review). While the world has been opening up, it’s not quite yet ready for a live event this size, so the Tibet House US Benefit returned as another stacked livestream, on Thursday, March 3rd via online platform Mandolin.

This was the 35th anniversary of Tibet House, and the 85th birthday of Glass himself (actually born on January 31st, but close enough…), and there were many birthday wishes for both throughout the livestream, with artists & performances put together by Glass. It was also occurring as Russian tanks & bombers invaded Ukraine, a large authoritarian country declaring a small neighbor with much cultural ties ‘naturally’ part of it, in a chilling echo of Tibet being made part of China. The crisis in Ukraine couldn’t be ignored, and it wasn’t, with numerous guests calling out the war there, speaking up for the Ukrainian people. It began with Tibet House US head Bob Thurman (noting that the century started with America’s own invasions, now Russia’s), and Tibet House regular & activist icon Patti Smith singing for Ukraine (albeit looked to be shot on a portrait phone). But the most notable had to be Ukraine’s own Eugene Hütz of Gogol Bordello, who sang straight out of his country’s folk book, as well as Bordello’s “My Companjera”, and thanked the Tibet House for letting him speak for his home country.

The benefit livestream was a collection of pre-taped performances & well-wishes (the former usually well-shot; the latter often from home camera). The Drepung Gomang Monks began the event. Laurie Anderson & Rubin Kodheli played with Tibetan Tenzin Choegyai (he remotely from Australia), with a song about birds & freedom, which did have Anderson’s performance artist weirdness, but also a meditative chill. Choegyai later did a both grand & intimate “Snow Lion” with the Queensland Chamber Orchestra. Modern bluegrass outfit Punch Brothers sang “The Angel of Doubt” and “Three Dots and a Dash” to keep the demons at bay from L.A.’s Ace Hotel (so frontman Chris Thile played a mandolin on Mandolin…). The Fiery Furnaces brought their own weird indie-rock from Bridge Studio. Alt-country came in the form of Nathaniel Rateliff, Margo Price, and Jason Isbell, while Phish’s Trey Anastasio had pre-COVID performances of “Snowflakes In the Sand” and “Summer of ‘89” (you could tell it was pre-COVID not just because it was taped in front of a live audience, but also Anastasio mentioned his daughter’s birth year & age, which added up to 2019). There was not only a second, professionally shot, Patti Smith song, but also one from her daughter Jesse Paris Smith. And yes, Philip Glass himself played. The iconic & lovable Cyndi Lauper did a special strings-led version of her classic “True Colors”. And it ended with both “People Have the Power” and “Happy Birthday’ from Patti & co.

There were also numerous well-wishes & more. Stephen Colbert rang a Tibetan singing bowl for Tibet House & Glass. Birthday wishes came from Bernard Sumner of New Order & Joy Division, Killing Eve and more’s Sandra Oh, Iggy Pop, Paul Simon, and even Philip’s first cousin, once removed, Ira Glass of NPR (who thanked his cousin Philip for having music in the family, so he, Ira, didn’t have to). And there was a special surprise standout of none other than Neo/Ted himself, Keanu Reeves, who read the Beat Poet classic “Pull My Daisy” by Allen Ginsburg, Jack Kerouac & Neal Cassady, and gave it the full Keanu enthusiasm and expression that we know & love.

Even as COVID is hopefully receding into the past, or at least is slowly becoming something that doesn’t dominate our lives, new crises are coming up, like the war in Ukraine – and lots of old, long-standing ones are still around, such as the slow suffocation of the Tibetan people & culture. Hopefully next year the Tibet House US can return to celebrate live in Carnegie Hall, but this year was another lovely livestream.