<img src="http://www.qromag.com/wp-content/uploads/2013/01/heckerlopatininstrumentaltourist.jpg" alt="Tim Hecker & Daniel Lopatin : Instrumental Tourist" /><br /> The common thread on 'Instrumental Tourist', good and bad, is a spontaneity that you might not find... 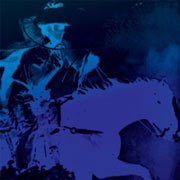 Tim Hecker and Daniel Lopatin’s Instrumental Tourist has a few nice tracks.  There’s “Ritual for Consumption”, in which progressively more discordant effects hover over the gentlest legato imaginable.  It would have elevated the planet info screen in Star Control II.

There’s its quasi-opposite, “Scene From a French Zoo”, which peels away dissonances until it’s reduced to the suspicious calm of its pleasant drone.  But it ends right there, squandering the suspense.  Of the twelve tracks, it’s one of eight that run between 4:30 and 6:00, seldom the ideal format for the music.

And there’s “Grey Geisha”, a nice show of timbric interplay.  Unfortunately, it’s also a show of dull sounds, and is a bit of a mess.  These are two faults that are common on the album.

“Whole Earth Tascam” and “GRM Blue II” are largely plotless expositions of synth sounds.  In “Racist Drone”, the drone is bland (and inoffensive), humoring none of the many and varied attempts to play against it.  And Thomas Mann’s “Vaccination” sounds positively New Age, with all the pleasantness and dullness that implies.

The common thread between all these moments, good and bad, is a spontaneity that you might not find on either composer’s solo records.  That’s for better and worse: compared with Hecker’s recent solo work, it sounds fresh and organic, but the trade-off is the emotional effect of his calculation and austerity.  Even when it’s good, Instrumental Tourist sounds indecisive and not fully baked.