Timber Timbre : Creep On Creepin’ On

<img src="http://www.qromag.com/wp-content/uploads/2011/05/timbertimbrecreepon.jpg" alt="Timber Timbre : Creep On Creepin' On" />What do you get when you cross old world folk sensibility with pre-<i>Funeral</i><span style="font-style: normal">-Arcade Fire</span>-esque instrumentation and a... 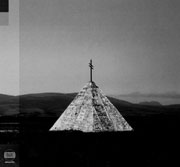 What do you get when you cross old world folk sensibility with pre-Funeral-Arcade Fire (QRO live review)-esque instrumentation and a truly sinister charm?  The answer is Timber Timbre, whose latest record, Creep On Creepin’ On, marks what should be a definitive statement to those who’ve questioned the Canadian band’s high stature.

Though all three of those abovementioned traits are visible throughout this spooky affair, it’s the mix of menacing allure and the confounding lighthearted feel that’s drawn from it, which defines the work’s early goings.  Despite ghostly gang vocals, darkly luring piano melodies, and the overall ominous nature of “Bad Ritual”, the Torontonian trio make macabre sound not only proficient, but also appealing – what’s more, they don’t look back after the album’s opening number.  In fact, that formula is at the heart of most of Creep On‘s early standouts.

Click here for photos of Timber Timbre at O2 Academy in Leeds, U.K. on March 6th, 2012 in the QRO Concert Photo Gallery

The album only grows more complex with time, and as highlight “Black Water” rolls on into the album’s second half, the higher prevalence of strings have a big effect.  Their minimalist-though-skillful pull gives “To Old To Die Young” new life, and ultimately breathes fresh air over Creep, while the arrangement on “Lonesome Hunter” is simply overwhelming – and that’s not even taking the song’s brilliant lyricism and truly memorable vocals into account.

Although the record wanes a bit in the middle and entirely in its later stages, and in spite of the casual vibe it gives off, there is indeed a notable body of work here.  With Creep On Creepin’ On, Timber Timbre has taken sadness, pain, misery and fear, and not only desensitized us to them, but also endeared us too.