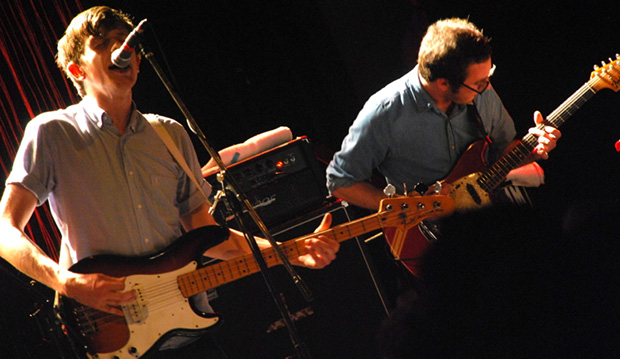 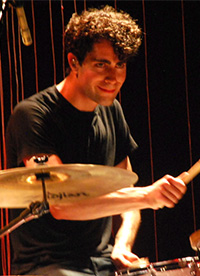 When Tokyo Police Club first broke out of Canada with youthful indie-punk exuberance on A Lesson In Crime EP in 2006, one worried that they couldn’t keep it up – either mellow with age or just try to repeat the same trick.  Yet somehow the group has managed to mature without becoming mature on 2008’s debut full-length Elephant Shell (QRO review) & 2010’s follow-up Champ (QRO review) – and their special gig at Bowery Ballroom in New York on Sunday, June 10th showed that they look set to keep it going.

TPC had been off the touring radar for a little while, after having had a 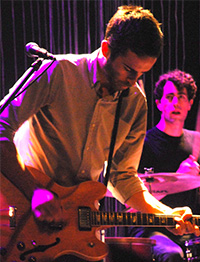 relentless schedule.  They had headed home to do some writing for their next record, but are returning to the road to tour with Foster the People & Kimbra as part of those two’s big break-out tour, starting Monday, June 11th at Central Park SummerStage (QRO venue review) – where the two bands had already played two shows May 29th & 30th, with The Kooks as the middle act (QRO review).  But the night before TPC slotted in between Foster and Kimbra on the touring bill, they headlined a special show of their own.  Bowery Ballroom (QRO venue review) was packed, and well that it should have been, considering that the band’s last show in Manhattan was headlining the by-several-degrees-bigger Terminal 5 (QRO venue review) a year and a half ago (QRO photos). 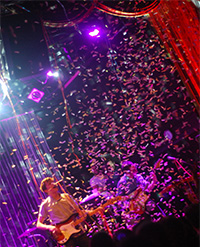 audience for the first time – something that’s much harder to do when you’re the opener and your set list is limited.  TPC indeed began with the new “Directions”, a darker and smoother-sounding piece from the usually spiky and active band.  More like the Club you know was the new “Miserable”, energetic and youthful.  Meanwhile, the new “Argentina”, with sweet Tokyo energy, got the crowd clapping along to a song they’d never heard before.

But there was a lot of clapping along, and singing along, to all the songs that the entire crowd had heard & loved (not to mention confetti…).  The set list (QRO photo) was still over half Champ, from “Favourite Colour” to “Favourite Food”, but it was impressive and interesting that it didn’t feel like the band was ‘just playing the most recent album’ – maybe because the songs are so enjoyable that they feel like “old ones,” as singer/bassist Dave Monks (QRO photos) 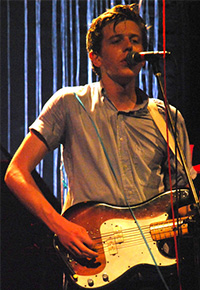 described “Tessellate” from Elephant Shell.  Elephant did get a shorter shrift than even Crime EP, because other than that single and pre-Elephant single “Your English Is Good”, there aren’t any songs from Shell that are as ‘necessary’ as Crime tracks like “Nature of the Experiment” and, of course, “Cheer It On”.

“Cheer” closed the evening, with Monks still starting it by shouting, “Operator – get me the President of the world!”, and even saying TPC’s name in the chorus (if a song has the name of the band in the lyrics, it’s a must-play…).  But just before that the band pulled out one of their covers from last December’s Ten Days Ten Covers Ten Years release (QRO review), where the band covered a different song a day from each year of the decade we never named (the one that just passed).  And the cover wasn’t some hipster pick like “Kim & Jessie” by M83 (QRO live review) or “All My Friends” by LCD 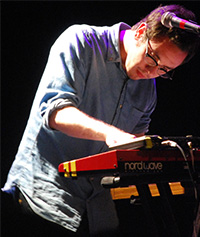 [though QRO was hoping that they’d play Ten‘s “Strictly Game” by the late, lamented Harlem Shakes – QRO spotlight on – as we’ve never quite gotten over their break-up – QRO Tribute to the Harlem Shakes]

There’s a youthful tendency in Monks’ lyrics, as well as sibling one, such as “Oh, you can watch it when you get a bit older / But for now in the bad bits, I should cover your eyes” (“Bambi”) or “Tell me how’s your younger brother / What grade’s in?” (“Favourite Colour”).  Tokyo Police Club’s skill and repertoire have grown since they first came up, but they haven’t lost that youthful exuberance of playing in a band with your brothers. 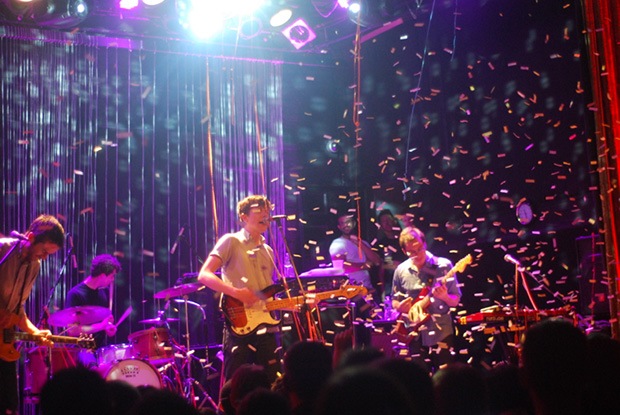