Tom Waits : Bad As Me

<img src="http://www.qromag.com/wp-content/uploads/2011/12/tomwaitsbadasme.jpg" alt="Tom Waits : Bad As Me" /><br /> <span>When it comes to Tom Waits, one wonders whether he will ever produce any substandard material, and from out... 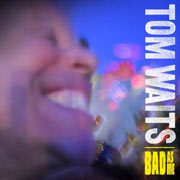 In August of last year, when it was announced that Mr. Waits would be releasing a new album, some went on an abyssal, anthological bender from Closing Time (1973) to Glitter and Doom Live (2009).  Bad As Me, his first studio album of original material in seven years, is the newest addition to be binged upon.  It is stunning.  A stellar cast of friends join Waits on this adventure including Keith Richards, Les Claypool (QRO interview), Flea, David Hidalgo and Charlie Musselwhite to name a few (not to mention usual suspects Larry Taylor and Marc Ribot on guitars, and son Casey Waits on the drums).  When it comes to this man, one wonders whether he will ever produce any substandard material; the years go by, the creative well seems dry, and from out of the blue, a masterpiece is drawn.

The king of allure and intrigue has once again redefined himself.  Bad As Me is an explosive collection of uncharacteristically tight-length tracks, interrupted every so often by moments of haunting tenderness.  Tracks like "Chicago", "Raised Right Men", "Bad As Me", "Satisfied", and "Hell Broke Luce" play like unpinned grenades.  Despite being over sixty years of age, Waits unrestrainedly growls his way through these like a man who will never go to the grave.

Where in the past Waits recorded albums based around a whole sound, Bad As Me comprises songs that are distinct and varied.  His vocals exemplify this, ranging from a wild, deep bark on "Get Lost", to geriatric falsetto on the thick-as-mudcake "Talking at the Same Time".  "Back in the Crowd" is a romantic ballad taken south across the border and swilled in Latin rhythms and Spanish guitar, whereas "Pay Me" is a poignant folksong dipped in French accordion.  The tempo is tastefully slowed down, meandering into darker shades on the nocturnal "Face to the Highway" and the downright nasty "Kiss Me".  The latter sounds remarkably similar to material from Blue Valentine (1978) – perhaps the closest he has ever come to revisiting his pre-marital, jazzbo work in 30 years.

Of course with a voice so emotive, hearts are broken and tears are shed.  The bleak, yet resilient "Last Leaf" has the old timer singing, "I’m the last leaf on the tree / The autumn took the rest but they won’t take me / I’m the last leaf on the tree".  To heighten the drama, Waits leaves us with an overwhelming recital of "Auld Lang Syne" contained in the final choruses of "New Year’s Eve".  Saying goodbye, he strums a rugged guitar and howls, "Should auld acquaintance be forgot / And never brought to mind / Should auld acquaintance be forgot / For the sake of Auld Lang Syne".  Let’s hope this does not prove to be prophetic; the world needs iconoclastic artists like Tom Waits.

Joyce The Librarian : The Weight of the Line EP