Tori Amos hasn’t lost any of her strength with latest record, 'Ocean to Ocean'.... 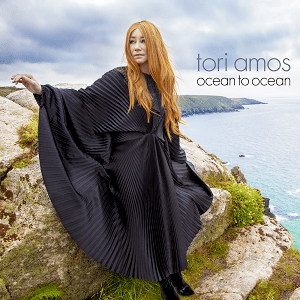 In the early nineties, there was a boom in female singer/songwriters that was unfortunately as short-lived as the overall nineties alt-rock boom. Slowly, the twenty-first century has embraced feminism in music, more pop singers embracing their own feminism, but also a new wave of feminist alt-rock. One of the icons of nineties Lilith Fair era was Tori Amos, who hasn’t lost any of her strength with latest record, Ocean to Ocean.

Written on the Cornish coast during the COVID lockdown, Ocean has the power Amos has long had, delivered not in an overwhelm or a hook, but a subtle build. That’s true of the uplift in opener “Addition of Light Divided” and orchestral “Spies”, but also the dark orchestra of closer “Birthday Baby”. Her call to environmental action in the title track is subdued, while she is naturally naturalist Amos on “Speaking With Trees”.

The death of the “dream of the nineties” has been lamented by every Generation X once-hipster (even Portlandia) as much as the end of sixties idealism has been by every Boomer once-hippie, but the nineties vision has actually been finding a new life, new vitality, among millennials and Gen Z, from #MeToo to BLM. So has the slow emotional build of nineties artists such as Tori Amos, who has been delivering from decade to decade.