<img src="http://www.qromag.com/wp-content/uploads/2009/12/toriamosinterview.jpg" alt=" " />QRO got an early Christmas present: a chance to talk with the one-and-only Tori Amos. ... 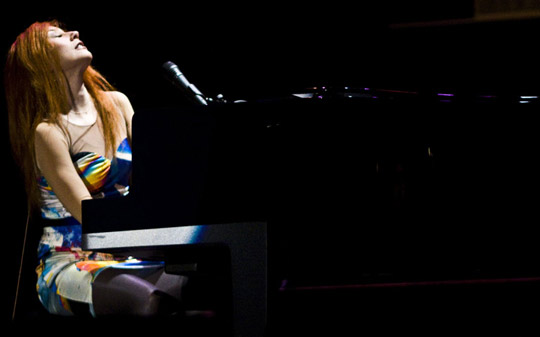 Tori Amos: Hi there, Dese’Rae.  How are you?

QRO: Awesome.  Alright, we’ve got such a quick interview; I’ve just got a grab bag of questions here.

QRO: Okay, so, you’ve got your new album, Midwinter Graces.  I wanted to know what your favorite holiday tradition is or what one tradition you’ve created for your family is?

TA: Yeah, I’m not a turkey person.  Once in a blue moon, y’know, but it’s not my thing usually.  So, my mom makes that and my husband’s pretty wicked in the kitchen, so he helps my mother and we have Christmas at our beach house.  My folks live about half an hour north, and we meet up with Tash’s [daughter Natashya Lórien Hawley] cousins.  My sister has five kids from 16-24, so we meet up with them usually every year.  That’s a tradition we’ve created.  Before Christmas, of course.

QRO: Does Tash believe in Santa?

QRO: Really?  That surprises me.

TA: Yeah, she does.  She also believes in Kali.

[Laughter on both ends]

She has all kinds of beliefs.

QRO: I love it.  So, I heard that this album doesn’t count toward your contract, and I was wondering what was next.

TA: Oh, um, well, I’m finishing writing this musical, The Light Princess, which is something that I’ve been developing with Samuel Adamson, the playwright, along with the producer Tim Levy, who’s out of New York now.  He’s New York-based, although he was with the British National Theatre for a long time.  And so it’s a mixture of American and British, um, people together.

QRO: Which will be nice.  It’ll be opening in London, right?

TA: Well, we’ll see where it’s opening.  It’ll be work-shopped in the spring in London, and after the three-week workshop, I think everybody will decide the best place for where it should open.

I like to write on the road, mainly because you have different sights and sounds and you don’t fall into the same routine that you can when you wake up in the same place day after day, night after night.

QRO: Okay.  I was wondering what your writing process looks like with regards to your music.

TA: Well, I like to write on the road, mainly because you have different sights and sounds and you don’t fall into the same routine that you can when you wake up in the same place day after day, night after night. And you can fall into a routine when you’re doing that, but as a writer, I don’t like to fall into a cliché pattern, so I push myself to travel.  Touring is just part of my life, so it all works together that I travel while I’m touring.

QRO: Here’s one-I think this is my favorite question-I wanted to know how you combat fear.

TA: Well, you have to confront the issue that’s causing you fear.  You know that saying, “If it’s too loud, turn it up?”  You have to go into that place of… if you’re being intimidated by an idea or thought, you have to hold your ground and look it right in the eye.  And that’s tricky sometimes, because whatever you’re confronting might be more slippery than a-well, I don’t know-and that could just be information, crap your friends are telling you about something.  You know, you don’t… sometimes.  Fear comes because you don’t know what to believe. 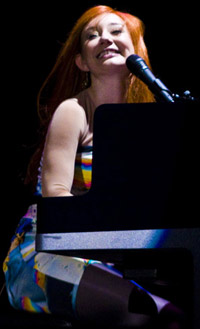 TA: So when you’re facing a fear, whether it’s in a relationship at work or personal, um, you know, you have to go back to instincts and making sure that they’re razor sharp and a place of neutrality is the most powerful place you can be to confront a fear.  You have to be okay that things don’t work out the way you’re fantasizing.

QRO: Right.  Which is also hard.

TA: Which is also hard.  But neutral is… when you’re facing a fear, I try and step into a place of neutrality, where everything doesn’t have to end okay.  Everything doesn’t end with a hug.

QRO: Okay.  Um, here is kind of a-taking it back a little bit, but the last I heard, you never got a chance to meet Greg from “Pretty Good Year” and you never heard from him.  Is that still the case?

QRO: Do you have any quirks that are reserved solely for alone time?

TA: Yeah.  Yeah.  Yes. [laughs] That’s okay.  That’s why you marry who you marry, and that’s why your kid is your kid and hopefully, they enjoy them.

QRO: [laughs] Yes.  Well, what are you listening to and/or reading right now?

TA: Listening to I keep pretty much to myself.

TA: Reading… we were just in Poland, and we got a lot of material on Auschwitz.  We went there, and um, it was some pretty harrowing reading, as you can imagine.  Just different accounts from all different viewpoints.  Um, one thing that I found fascinating was… I went to Churchill’s war room, and I was reading a lot of-I had a few books on that whole time, that he was able to conduct the war, a lot of it, from underground in the war room when they were being bombed.  And that his wife was there and she had a place.  Underground.  And they had a flat above where they were when the bombings weren’t occurring and they could go upstairs.  I don’t think they enjoyed it down there, but just to see what they went through at that time.  That was from both sides, so seeing how the people in the camps were, what their story was, and then seeing the story of the Allies who were fighting.

QRO: That’s really interesting.  Hmm… I’m kind of interested in how you feel about this new guard of female pop stars who are kind of taking over lately, like Lady Gaga and Taylor Swift, and whether or not their fame is valid.

TA: Well, of course their fame is valid.  I think Lady Gaga is very entertaining.

TA: She’s very entertaining, and we need some entertainment about now.  Taylor Swift seems to… she writes her songs, and there’s something to be said for the fact that both of them are musicians as well as performers.  And what you might-well, not just you, but what one might think about those songs; whether they think they’re in the league of Lennon or McCartney, that’s a different conversation.  But not everybody can be in the league of Lennon and McCartney.  That doesn’t mean they’re not entertaining.

TA: But for those that are in the league of Lennon or McCartney, then that’s for you all to highlight as well.  That’s not my job.  And those who are will be known in ten, fifteen, twenty years’ time.  And history will support that.  It’s hard sometimes when it’s happening to be able to christen that.

I find that when I have to be right over being smart, which can achieve the win that you’re wanting to achieve, that you usually look back and wish you were smart instead of needing to be right.

QRO: Okay, so I guess my last question is a pretty broad one and I wanted to know if you had any regrets.

TA: I think you always have some regrets. Sometimes they’re little. It’s how you handle certain situations. I go back to that thing, “Be smart, not right.” I find that when I have to be right over being smart, which can achieve the win that you’re wanting to achieve, that you usually look back and wish you were smart instead of needing to be right.

TA: Lovely to speak with you.  Happy holidays to you. 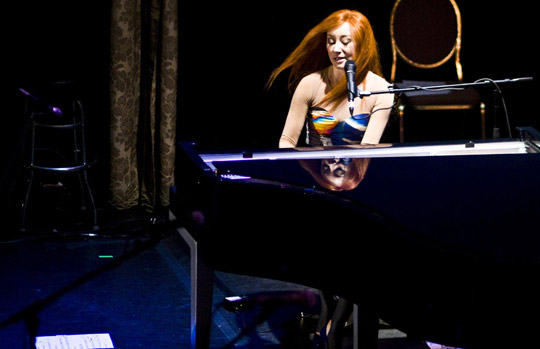