<img src="https://www.qromag.com/wp-content/uploads/2009/12/toriamosmidwintergraces.jpg" alt=" " />Who would of ever thought Tori Amos would come out with a Christmas album? ... 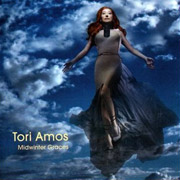 The album opens with “What Child, Nowell”, a song that combines the traditional songs “What Child Is This” and “The First Noel”.  It comes to no surprise that any references of Jesus are taken out, along with in the rest of the songs on the album.  Which draws the question what inspired the artist to do a Christmas album in the first place?  Amos has been famous for writing about subject matters such as sexuality, feminism, and religion.  Most of her religious songs bash Christian imagery, so it’s a bit ironic that the artist would recreate songs like “Emmanuel”.  Besides that, the album itself is weak, the melodies sound hazy and Amos’s vocals could definitely put someone to sleep.  “A Silent Night With You” plays off of the traditional song “Silent Night”, but the content is sort of irreverent and the long number is slow and sinks.

Even one of those dorks that actually looks forward to Christmas albums [like your reviewer] will be quite disappointed with Midwinter Graces.  The simple arrangements and vocals leave the album almost lifeless, and certainly lack any kind of Christmas cheer.  Amos’s strange approach leads to nonetheless a displeasing album.