Toro Y Moi : Causers of This

<img src="http://www.qromag.com/wp-content/uploads/2010/03/toroymoicausersofthis.jpg" alt=" " />Toro Y Moi's latest full-length release, <i>Causers of This</i><span style="font-style: normal">, is one of the more spectacular entries into a growing movement that is... 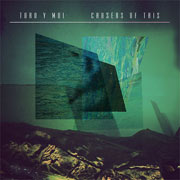 Toro Y Moi’s latest full-length release, Causers of This, is one of the more spectacular entries into a growing movement that is occasionally referred to as ‘psych-(choose your subgenre)’.  Count among these ranks Neon Indian (QRO photos), Truman Peyote (QRO album review), and even more rock-oriented acts like Girlfriends (QRO album review).  These bands may have been drinking the syzzurp, but are they truly ‘psych’?  The common denominator appears to be a mutual affinity for sounds that were previously considered off-limits to a reasonable pop musician.  Noise, really.  Bubbles, scrapes, blips and static.  The sort of thing you would hear on a dying, deformed cassette tape.  Yet, in the hands of Toro Y Moi’s Chaz Bundick, the noise is transformed into eleven danceable, helium-drenched tracks that threaten to bring back disco, save R&B, and revive the cassette sound all at once.

If you’re familiar with cassette tapes, you’ll recall that when they degrade it’s a rather gradual process.  Whereas scratched CDs instantly enter the unlistenable ‘stutter’ mode, tapes (and records) enjoy a more leisurely decline.  As the tape ages, a white noise haze gradually obscures the music like so many sheets of translucent gauze being drawn over the proceedings, layer by layer, on a march towards complete obscurity.  If the tape is subjected to heat, the spools of plastic film warp and make for unsteady playback.  If the tape is exposed to a magnet, stretches of songs may be erased from the magnetized film.  The sum total of this abuse can transform the baddest Public Enemy rap into a warbling, static-filled slurry.  At the height of the cassette tape’s mainstream popularity, it would have been inconceivable for anyone to take pleasure in this sort of sonic degradation.  If you wanted noise, go listen to punk.

But fashions have a strange habit of coming full circle in art (though they never come back quite the way you remember them).  Tapes are very much back in the saddle for a certain crowd.  Toro Y Moi has joined the fray as well with their Mirror Universe label cassette release.  The movement, however, is about more than format fetishism.  It’s about retro-sonic adventurism that uses new (digital) technology to capture old (analog) sounds and reconfigures the blips, scratches, and haze into cutting-edge material.  The old is new and the new is old.

They say that you can’t go home again, but Causers of This comes pretty close (as far as the front lawn, maybe the doorstep).  Of all the acts experimenting with these sonic postures, Toro Y Moi feels the most familiar.  If you strip away the pitchy warbles of “Imprint After” and “Low Shoulder” the songs could have been hits in the late-seventies and early-eighties.  Cool, bouncy beats, funky synths, and love struck lyrics transport you to a simpler time of trickle-down-economics.  If Stevie Wonder busted out these tunes during a cameo on The Cosby Show, you wouldn’t blink an eye.  The electro slap bass-led title track “Causers of This” makes an especially large withdrawal at the Funk Bank.

What saves the music from becoming a mere retread are the radical sonic deformations to which Toro Y Moi subjects his compositions.  Passages of “Minors” and “Lissom” sound as if they’ve been run through the wash a few times.  As if the entire master track had been fed through a wa-wa pedal, pulsating between the trebly and the dull in time to the beat.  “Freak Love” sounds like a cassette tape after it’s been tossed into a pile of magnets.  Vocals, beats, melody cut out at unexpected times in patches of warped silence.  The remaining sonic vibrations stroll along to a chilled-out, blissed-out rhythm that’s difficult to describe.  Psych?  Disco?  Psysco?

It’s hard to put a finger on exactly what Toro Y Moi (and all these artists) is up to, which is why the somewhat lazy descriptor ‘psych’ gets tossed around whenever the artist is discussed (granted these songs sound fantastic on drugs).  Better to credit Mr. Bundick with continuing the legacy of disco and R&B music.  The former hasn’t quite escaped the clutches of kitsch, while the latter is always threatening to spill over into similarly noxious territory.  The ingenuity and clubby pleasure of Causers of This is a solid gain in respectability for both (occasionally sullied) genres.

We Were Promised Jetpacks