Tove Lo left a high-glitter gloss of lynx-like lyrical lacerations across the fabled acoustics of Atlanta’s Tabernacle as part of the southeastern vector of her third headlining tour.... 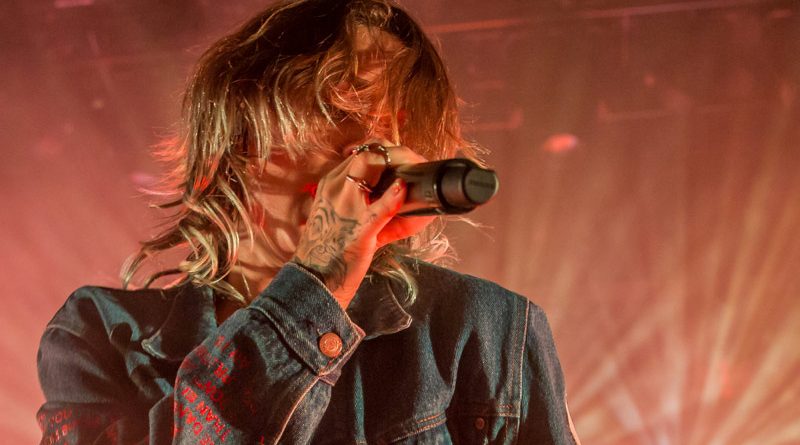 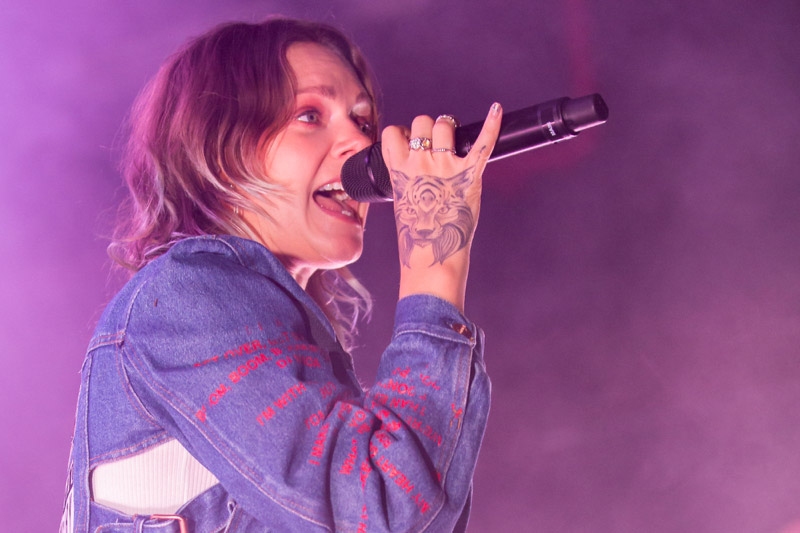 Click here for photos of Tove Lo a week later at Brooklyn Steel in Brooklyn, NY in the QRO Concert Photo Gallery

Click here for photos of Tove Lo at 2017 Lollapalooza in Chicago, IL in the QRO Concert Photo Gallery

Click here for photos of Tove Lo at Fox Theatre in Oakland, CA on February 8th, 2017 in the QRO Concert Photo Gallery

Click here for photos of Tove Lo at Music Hall of Williamsburg in Brooklyn, NY on June 15th, 2015 in the QRO Concert Photo Gallery

Click here for photos of Tove Lo at 2015 Boston Calling in Boston, MA in the QRO Concert Photo Gallery

Click here for photos of Tove Lo at SXSW 2014 in Austin, TX in the QRO Concert Photo Gallery

She has been called Queen of the Clouds, Sweden’s darkest pop export, and now the human incarnation of Sunshine Kitty, the daemon-ego spirit animal that dominates her fourth album in both storyline and image. Having shrewdly taken note as a child of the twin wildcat electricities she shared with an obliging lynx at her local zoo, Ebba Tove Elsa Nilsson announced the feralia that would come to define her street life and stage name early and, tellingly, compliments of her silent fraternity with that animal – “lo” in Swedish is “lynx.” On Wednesday, February 5th, Tove Lo left a high-glitter gloss of lynx-like lyrical lacerations across the fabled acoustics of Atlanta’s Tabernacle as part of the southeastern vector of her third headlining tour. Much to the ebullience of the veritable flea circus of lubricious drunk girls and impossibly impeccable gay boys that comprise her core audience, Tove & co. instantly metamorphosized the Tabernacle into the Euro club vibe of the century. It was no longer a former church or even a concert venue, but a temple of pulse and cadence not seen this side of Berlin since Atlanta’s storied Backstreet closed forever in 2004.

Other famous cat women may have perfected the slink but neglected the stinging scratch that so defines Tove Lo’s night vision song stories. She exudes the natural beauty of Michelle Pfeiffer, inflicts the girl-next-door coyness of Anne Hathaway, conjures the same irresistible urge to dance as Janet Jackson’s “Black Cat”, and is, in truth, some divine, otherworldly combination of Pussy Galore and Pussy Riot. Tove Lo initially came to mass public acclaim in 2014 when “Habits (Stay High)” off her debut record first showcased to the world her singular ability to write sexpert lyrics that somehow retain a butterfly innocence, redolent with childlike optimism cast in frisky recreation. The performative sexuality here, so refreshingly grimy and unflinchingly honest, does not simulate danger; it rave-dances on it. As a woman, Tove Lo is what Camille Paglia’s brand of feminism has always called for – a full-throated reclamation of the sacred wild, but with the emotional trappings of a love-drunk little girl irretrievably lost in Cupid’s candy shop – which is, perhaps not ironically, where all the real danger shifts its scales in the dark. The brilliance of Tove Lo rests in her talent for capturing every serpentine slide without compromising all the femme sugar, and simultaneously providing an unapologetic and deliciously brutal face-kick (with cleats) to traditional ideas of femininity. 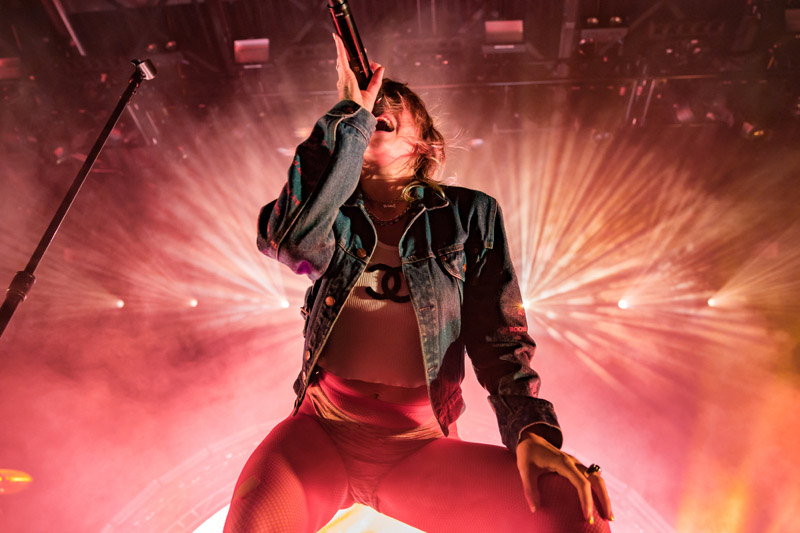 Four albums in now with this latest leonine release, Tove Lo is still truculently rejecting ritualized youth in favor of going to the much darker truths nascent in the matter of being young. She is also doing so, uniquely, less from a place of scalding rebellion and more from a simple desire to, once and for all, tell the authentic story of girlhood – no embellishments, no male gaze decorations, and no holds barred. She may be the first since Madonna to do so, and admirably, with none of Madonna’s innate confidence.

Both “Gritty Pretty” and “Bad As The Boys”, two immediate highlights of this show and forcible ballasts on the track list of Sunshine Kitty, continue to play the scourge to contemporary renderings of female lives that can begin to resemble the strangest forms of Stepford science fiction. Tove Lo eagerly brings one back to the belly rolls and cellulite of life, to puke, to pain, to true – and it is there from which she launches listeners on animalistic ayahuasca trip that is any of her songs or records. Like the mantra of the songs themselves, nothing in this tour feels choreographed, but flung with swanlike arms and beautiful in the irreverent way of thrown confetti. 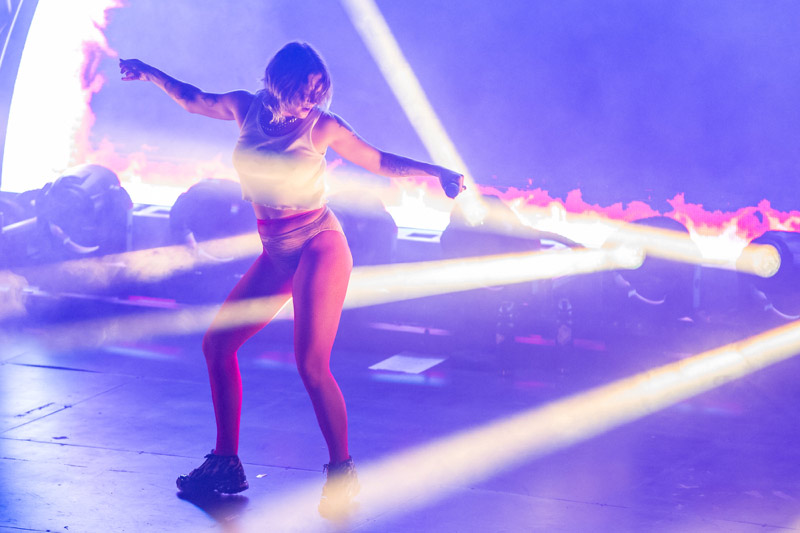 By fortifying contrast, there is not one thing haphazard or unwieldly about the musicianship and commitment to artistic journey that you will witness in Tove Lo and the wildly gifted members of her band. Picture three boys one could easily imagine Andy Warhol foaming at the mouth to photograph, clad in rainbow-splattered painter’s overalls, set up in a striking sort of saddle bag configuration on each side of the stage, leaving the entire performance area to Tove herself whilst they provide evocative, dexterous accompaniment to whatever she improvs or executes. These are hot boys backing up the coolest girl ever – all political and metaphorical puns intended. For this and many other reasons, Tove will remind you in the most affectionate way of Drew Barrymore’s character in Boys on the Side.

Gustav Weber Vernét, Tove’s keyboardist, musical director, and general seven-foot Viking wunderkind, is a Jonny Greenwood-level visionary that could seemingly play any instrument, adapt any sound in a split femtosecond, and look like a coolly unaffected genius the whole time he was doing it. “Not On Drugs” saw him daubing diocesan towers of electro-sound across lyrics Tove seems obviously to have really “sung to the night.” The best and most accomplished musicians always make the most ephemeral and artistically demanding songs feel almost offhandedly simple. Gustav Weber Vernét bears that telltale mark and many others pertaining to greatness as he paves starry harmonies over and under each of the weirs and wastelands Tove sings to life. 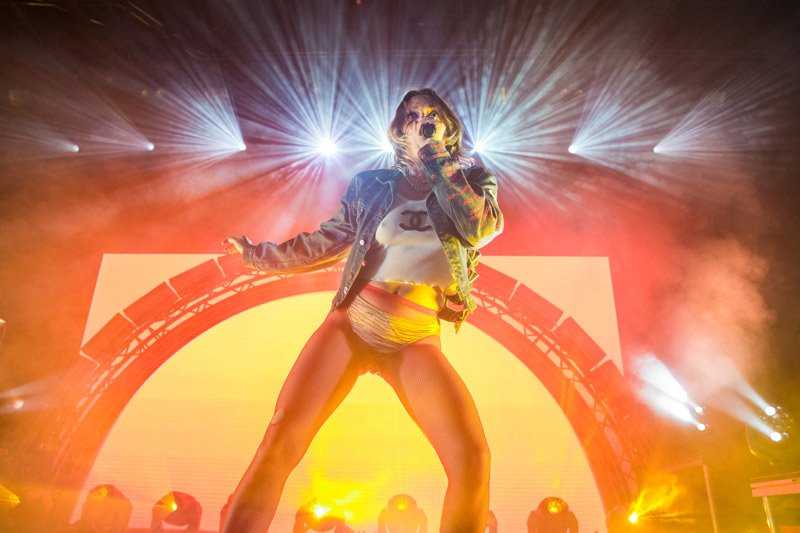 Proudly flashing her glorious rack for the first of several times during crowd-favorite “Talking Body”, Tove Lo fosters an atmosphere rife with something very, very poignant to say about the possibilities wrought so utterly warm and egalitarian by the presence of good men. Any form of feminine presence or sexuality blossoms like rare orchids and scatters like dandelions in the sheer safety of its extraordinary style of sunshine. Those flasher moments were not about anything louche in the least; they were about total liberty, which one quickly comes to realize is Tove Lo’s true cat call and calling card. It was the familiar gesture of any thinking girl dancing in front of the full-length mirror in her bedroom, late at night on a super-single Friday. Like the equally naked girl-and-a-microphone edition of “Moments” that followed, it becomes clear that Tove Lo is “charming as f*#@” far beyond just her “good days.”

Perhaps that kind of warmth and light, which emanates as much from her as from her exceptional band, exposes this album and tour title’s symbolic aim. Tove told the crowd she only wanted to “make something expressive” and stay true to the freedom of her performances at any cost, but to do so in a way that pushed her to the most professional performance she could give. Indeed, she possesses a Gloria Estefan sense of command cohabiting with a sort of Blanche Devereaux varnish of camp. She makes women feel good about their bodies, hails their imperfections like the moggie marchionesses they are, and picks apart the most embarrassingly recognizable romantic/sexual scenarios with the objective precision of a micro-surgeon. 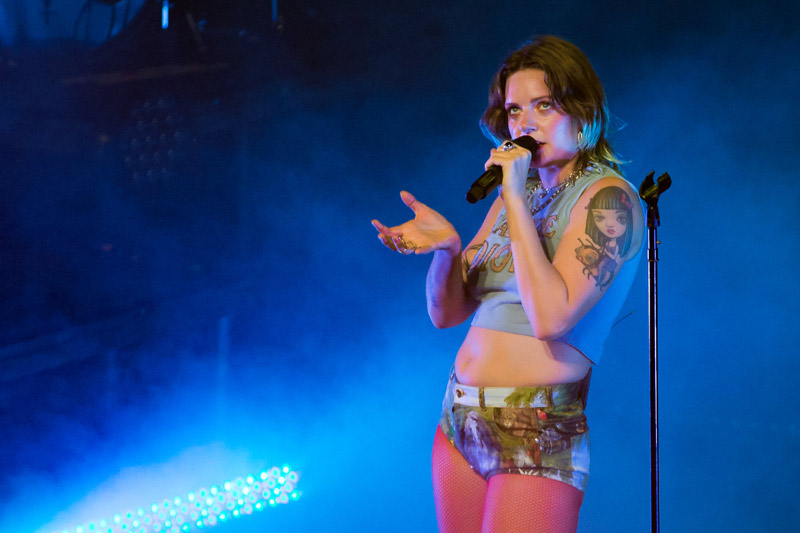 In the deceptively titled “Hey you got drugs?” our braless, lawless Pollock-painting of a girl displayed a raw vocal power that left vapor trails. This particular moment of the show, perhaps more than any other, demonstrated not just the rare probity of her lyrical storytelling, but exactly how radically different she is from the other female artists in the squash court of the current pop scene, wherein she truly does not belong in the first place. If there was a subgenre called something like ‘grimalkin anti-pop’ or ‘techno letterato,’ maybe. Tove Lo has the remarkably rare ability to pauperize fear and cauterize shame in her sung dreams of elsewhere and avaricious pursuit of altered states. Hanging in her presence for a couple of hours feels like going to a glamorously déclassé art spa run by an amiable tigress. 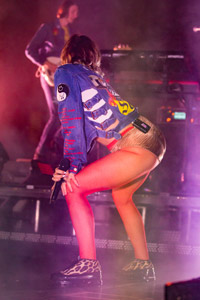 Call her lynx, minx, or sphinx, Tove Lo will own your face for any two hours you are wise enough to give her. Be smart and “save the night” for her at least once while Sunshine Kitty still roves the ramparts of what none of the rest had the guts to express. Wandering the back alleys of your brain, flying by instruments alone in the fug of intestate radio sellouts, a rogue cheetah that does not embroider the facts of female sensuality with cloying, curdled convention stalks a stage. Refusing to acquit herself or the system that has relegated her to the harridan holster blues, Tove Lo wears her failures and fears like a golden torc around her neck. If she were computer code, she would be the human eigenvalue that best explains most of our checkered human intentions. She curls her nose at societal expectations that reek of rot and spits out the exoskeletal pressure for feminine conformity like spent bubblegum. Then she steps on the gross pink squish with her bare feet as she dances away, very likely with your heart in tow. Here it is, in print and on official record: Tove Lo is, bar none, the most searching and courageous nether-goddess one is likely to have the chance to prostrate in front of in 10 lifetimes. Properly acknowledging her bracing crusade against “ladylike” cronyism requires a bit of rewording and repurposing of the brilliance in the salaciously romantic line from The Princess Bride wherein Westley casually halts Buttercup from sheathing a dagger in her chest after she’s unwillingly married Humperdinck and she believes her true love to be dead. “There’s a shortage of perfect quests in the world; t’would be a pity to overlook hers.” 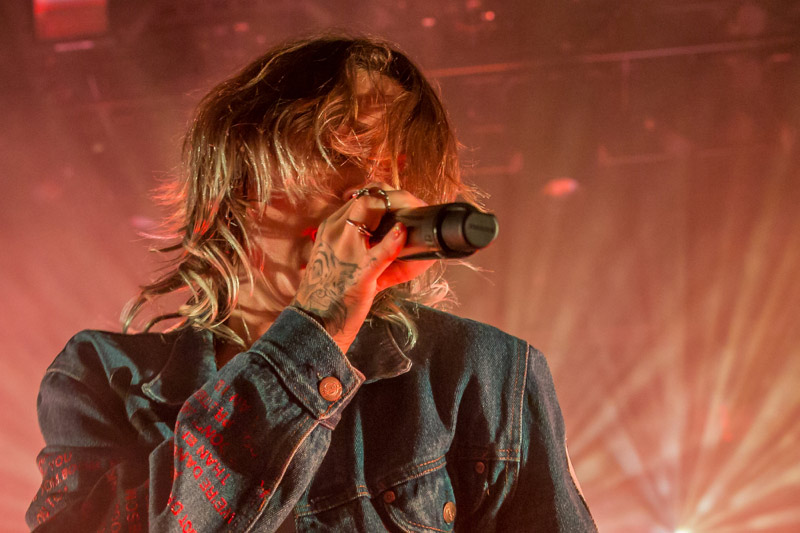